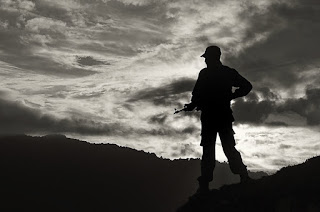 Military spending, minus the payroll, would probably be cut by at least 20 per cent from the allocations for the financial year 2020-21 and possibly by as much as 40 per cent, said a senior ministry of defence (MoD) official on Tuesday.

Addressing an audience of defence analysts in Delhi, the MoD official confirmed reports that the government had ordered the military to limit its first quarter (April-June) spending to 15-20 per cent of the entire year’s budget. She predicted the same cut would be extended to the next three quarters as well.

The official said the ministry of finance (MoF) sent a memorandum to other ministries and departments, ordering an expenditure ceiling of 20 per cent on the military and a spending limit of 15 per cent on civilian ministries.

The spending cap did not apply to defence salaries. In a later communication, the MoF also removed spending limits on defence pensions and the veterans’ health scheme.

The official said a contraction in the Gross Domestic Produce (GDP) could not be ruled out, in which case the spending limit for each quarter might be reduced further – from 20 per cent of the annual allocation to just 15 per cent. That would result in the military under-spending about Rs 80,000 crore over the financial year.

Making the three services’ financial situation even tighter is what the official termed a “carry-forward Rs 40,000 crore liability in the revenue and capital budgets.” That is from bills unpaid in previous years, which must be paid this year.

The official ascribed the major spending cuts to a “major rejig of the government’s spending priorities” as a result of the Covid-19 pandemic. “The government has been allocating only 0.3 per cent of the GDP for expenditure on health. If more has to be spent on health, on agriculture and on reviving the economy, lower priority sectors like defence will have to take a hit,” she said.

On a day when the authoritative Stockholm International Peace Research Institute (SIPRI) named India the world’s third largest defence spender, the official stressed that overseas procurement of foreign weaponry would have to make way for indigenous equipment to boost the local defence industry.

“We need to defer weapons imports so that we push money into our own economy, not into other countries’ economies. The import contracts we have already signed can be discharged, but new contracts must be with domestic producers,” stated the MoD official.

The official also underlined the need to cut expenditure by prioritisation and by synergising between the three services – a job that must be done by the chief of defence staff (CDS).

“Each service has its own separate training institutions. Each unit has its own officers’ mess. In the same station you will have twenty messes. We need to avoid duplication of resources and activities,” she said.

Confirming what Business Standard reported on April 25 (“Armed forces told to take optimisation measures amid Covid-19 crisis”), the official revealed that the CDS has already made out and disseminated expenditure reduction proposals and asked the three service chiefs to revert to him with their own proposals.
Posted by Broadsword at 07:49

More expenditure, not less on the cards! China recently redrew its map to include AP and WHO has already started using Chinese/Pakistani versions of India’s map. Has Modi decided to cede India bit by bit? Why the heck is the MEA moron JayShankar taking part in a BRIC conference without raising any objections to that map? Remove 4 brackets in the link to Watch a news report on this issue: https(:)//youtu(.)be/IZHl5NtMjB4

Does that mean no contract signing with HAL for LCA Tejas?

Despite these people thinking its a wise move, its going to cost us a huge lot.
The enemy will move by October and we will soon be facing a war not only locally but globally. The change in power balance and world order is predestined to initiate global catastropies and mad neighbors like pakistan will have to be dealth with.

we should allocate more on capital spending especially locally made hardware.

When the hell are they gonna release DA/DR?

IN CASE OF AN ESCALATION INTO SOMETHING BIGGER ITS NOT OUR BOFORS GUNS BUT THE SUPERIOR LOGISTICS ON THE OTHER SIDE THAT WILL WIN THE DAY
In all this we must not forget the superb role the Chinese logistics of this theatre command, is playing in ensuring comfort to their troops on the heights of the Gulwan and other PLA posts in Western Ladakh.
The Joint Logistic Support Force supports the boarder guards as well.
JLSF consists of a centralised army headquarters located in Wuhan which supports the regional commands, they use the state of the information technology like automated fork lifts, robots, bar codes intensive use of IT and a process of continued improvement rather like the Japanese automobile industry.
India has not organised adequately living accommodation and comfort of its personnel in these areas, one has only to visit a CRPF or ITBP encampment to see our men are living in harsh conditions like dogs.
I have yet to see a Indian defence correspondents writing about these shortfalls our troops are facing under very difficult conditions.
If one is in any doubt about the miles ahead superiority in logistics China has over India one only has to read accounts of how in the first week of the epidemic the JLSF was put in Charge by Xi, the manner in which they carried out the challenging task, in just two days notice, of transporting thousands of specialised civilian and medical staff to the city, building hospitals and accommodation and provisioning the medical army. They organised the delivery of provisions to millions of Wuhan inhabitants under lockdown. What is remarkable is the speed and efficiency this was done given the very complex challenge of this pandemic.

THERE MUST BE A DOWNSIZING OF INEFFECIENT CORRUPT 5.65 CIVILIANS WORKING IN ARMED FORCES HQ , MOD , ORGANISTATIONS UNDER MOD , DEFENCEPSUS , ORDNANCE FACTORIES WHERE ALMOST 60 TO 75 % SAVINGS IN SALARIES AND PENSIONS CAN BE ACHIEVED AND THEN THE SAVINGS USED TO PAY FOR CAPITAL AQUISITIONS .COMPUTERISATION AND IT SYSTEMS USED WITH COMMERCIAL CIVILIAN WORLD CLASS INFRASTRUCTURE OFFICES AND WORK CULTURE CAN THEN BE BUILT