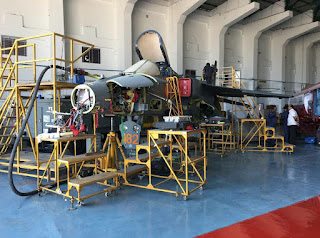 The Indian Air Force (IAF), already short of 12 squadrons from its authorized fleet of 42 fighter squadrons, is now facing an even bigger aircraft shortfall.

With US engine maker, Honeywell, demanding what IAF sources term an “exorbitant” price for its F-125IN engines, the IAF has told Hindustan Aeronautics Ltd (HAL) that it has abandoned its plan to upgrade 80 Jaguar fighters with new Honeywell engines.

The IAF operates a fleet of 120 Jaguar fighters, comprising six squadrons. It had planned to retire the oldest 40 (two squadrons) in the early 2020s and “re-engine” the remaining 80 (four squadrons), which would then continue flying into the mid-2030s.

This plan has been abandoned after Honeywell quoted $2.4 billion for 180 engines – which include 160 engines for 80 twin-engine Jaguars, and 20 spare engines. That amounts to $13.3 million (Rs 95 crore) per engine.

With HAL charging Rs 20 crore for integrating the engines into the Jaguar fleet, the cost of “re-engining” each Jaguar has risen to a prohibitive Rs 210 crore. 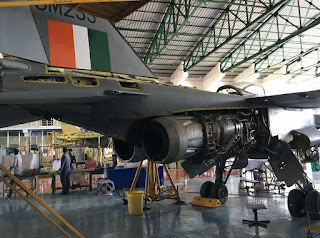 The IAF is particularly incensed at Honeywell’s doubling the cost of the F-125IN engine from a quote it had submitted in 2013. In that quote, Honeywell had asked for $1.634 billion for 275 engines, or just under $6 million per engine. At that stage, the IAF was planning to upgrade all 120 Jaguars.

The IAF considers it essential to put new engines on the Jaguar, since its current Rolls-Royce Adour 804/811 engines, which deliver a maximum thrust of 32.5 KiloNewtons do not allow the fighter to climb or accelerate effectively. Honeywell’s F-125IN engines, each of which generates a maximum thrust of 40.4 KiloNewtons, are considered essential for fielding it in combat.

Honeywell planned to build the F-125IN engines in Taiwan, where the International Turbine Engine Company already builds Honeywell’s F-124 engine for Taiwan’sF-CK-1 Ching-kuo fighter. The F-125IN is the same engine, with an afterburner to increase thrust.

Honeywell sources say the IAF’s years of delay has convinced the company that this project is unlikely to come to fruition and that no more resources should be expended on this.

The sources point out Honeywell has spent at least $100 million on this project, including on buying two old Jaguar fighters to match the engine with the airframe.

Honeywell’s pessimism was evident in the company’s decision not to participate in the Aero India 2019 show in Bengaluru last February.

The cancellation of this project is especially disappointing for HAL, which undertook to lead the integration of the F-125IN engine into the Jaguar, including carrying out airframe modifications, flight-testing and certification. While Honeywell quoted $1.6 billion for this work in its 2013 tender, HAL quoted under $300 million.
Posted by Broadsword at 06:37

I wrote many times and writing again...
The 40+ year old Jaguar frame and minimal improvement in thrust is not worth the cost of upgrading at all...

Instead buy Russian SU-34 Fullback which wreaked havoc in Syria war... Russia used SU-35S as air dominance fighter and let SU-34 unleash the firepower...
It is dirt cheap and is easy to build in India at HAL too... It is Sukhoi family so it is easy to maintain for IAF and HAL …

Definitely not worth.... just keep maintaining them and use for ground attacks and let them die natural death...

More SU MKI ARE REQUIRED WHICH CAN BE UPGRADED TO LATEST SPECS.


RAFALE ORDER FOR NEXT 36 IN PIPELINE

ENGINE FROM FRANCE SHOULD BE EXPLORED... WHAT EVER THE COSTS

The Prime Minister should personally take up this matter with Trump asking Honeywell to supply at rates quoted in the interest of us india relations. On the other hand if India cannot get a vendor to reduce his price or supply at rates quoted earlier, govt servants have no reason to be in their seats. In fact they may have actively asked Honeywell to quote such price, so that India has to buy new aircrafts. Anything possible in India

Brilliant! They can now progressively retire the Jaguars and focus on buying 90 Rafales with the money they save from operating the Jaguars. This will get the number of Rafales to 126 as was originally planned. For whatever political or technical reasons the IAF had chosen to go ahead with a mishmash of several different types of fighter types in the past, surely those reasons cannot be acceptable in this day and age. Streamline the fighter types to a maximum of 3 and please scrap the MRCA V2 deal.

If the IAF and the government are serious they should not push to manufacture the Rafales in India because that will be a massive waste of time and money. Instead of pointless nut and bolt production they should negotiate comprehensive ToT for the weapons and sensor package of the Rafales. It would be great if we could get the tech for and manufacture as many Meteors, Scalps, Micas and ASRAAMs in country as needed. In addition they should get the tech for AESA Radar, IRST, HMD and Data fusion. Mastering these technologies will prove much more beneficial as it will feed into the AMCA and LCA MWF programs.

Our MoD is very indecisive.
Best is to buy a few squadrons of SU-34. Even F16 will be a good replacement.
Ensure all Tejas are armed with Long range stand off weapons.
Jaguar are very old, pointless to continue.