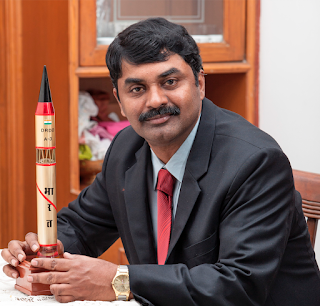 By Ajai Shukla
Business Standard, 29th March 19
Scientists of the Defence Research and Development Organisation (DRDO) are basking in the limelight after being publicly lauded by Prime Minister Narendra Modi on Wednesday for successfully conducting an anti-satellite (ASAT) test, a capability that only the US, Russia and China had demonstrated so far. A key role in this achievement has been that of the DRDO chief G Satheesh Reddy. An acclaimed navigation specialist, Reddy has personally led the development of systems that guide a missile, itself travelling at hypersonic velocity, to a satellite 300 km away that is travelling through space at almost 30,000 km per hour.
Even so, the achievement remains a collective one, shared by hundreds of scientists and technologists who participated over decades in the Integrated Guided Missile Development Programme (IGMDP). The IGMDP was kicked off in 1983 by the talismanic DRDO chief (and later President of India), A P J Abdul Kalam, and spearheaded by talented and hardworking young scientists that he personally selected. Amongst those were propulsion specialist Vijay Kumar Saraswat, who headed the DRDO from 2009-2013; and navigation systems specialist Avinash Chander, who followed Saraswat as DRDO chief from 2013-15. Like Reddy, these pioneers masterminded the Prithvi and Agni programmes and the many strategic missile systems that flowed from the IGMDP, including the ballistic missile defence (BMD) programme and now the ASAT system.
Reddy is, in a sense, a child of the Modi government’s shake-up of the DRDO. In August 2014, three months after coming to power, Modi publicly criticised DRDO’s endemic delays, which he ascribed to a ‘chalta hai’ (lackadaisical) attitude. Four months later, he sacked then DRDO chief Chander, terminating a service extension that had recently been granted. Of the three posts that Chander held — DRDO chairman, secretary defence R&D and scientific advisor to the raksha mantri (SA to RM) — the first two went to radar specialist S Christopher, while Reddy was given the prestigious job of SA to RM. In being elevated to that post, Reddy, then less than 55 years old, superseded an unprecedented number of seniors. When Christopher retired last August, Reddy was given both his posts, making him the top defence R&D czar.
Even after taking over as SA to RM in June 2015, Reddy retained the crucial DRDO appointment of director general (missiles and strategic systems), overseeing the development of navigations systems by Research Centre Imarat, the secretive laboratory he had earlier headed. With propulsion systems development having more or less stabilised, most key advances in strategic and tactical missiles, guided bombs and drones are now taking place in the precision of navigation systems. Many of the DRDO’s key projects, such as guided glide bombs, guided rockets in the next Pinaka rocket launcher system, and the next-generation of strategic missiles such as the unacknowledged Agni-6 and the K-4 submarine-launched ballistic missile, fall squarely in Reddy’s sphere of expertise.
The DRDO chief, savvy in New Delhi politics, clearly understands the imperative to share credit with the government. Even though Saraswat had repeatedly stated, from as early as 2010, that the technology for an ASAT test was ready and developed, Reddy has prudently allowed credit to the Modi government.
“While we have been working on the technology for a while, as you know, serious work on it started about two years ago in 2016-17. We went into mission mode only six months ago, from when we worked day and night. This is a new missile that has been developed… although we have used some existing technology as background,” Reddy told an interviewer on Wednesday.
Asked who he would credit for the test, Reddy replied: “The National Security Advisor (Ajit Doval) whom we report to on strategic matters gave direction to go ahead with the test and he had the concurrence from the Prime Minister.”
In the often staid Indian scientific community, Reddy is a youthful star. In 2015, he was awarded the prestigious Institution of Engineers (India) and Institute of Electrical and Electronics Engineers award. The same year, he was awarded a medal by the hallowed Royal Aeronautical Society, London, which has recognised aerospace excellence every year since 1909, when Wilbur and Orville Wright came to London to receive the first gold medal.

Have debated a lot with Pakistani's, one thing is clear; Give Kashmiris their rights and freedom and you will find that you have only well wishers on your north western border. When that happens the rest will not matter, even the neighbor to the north. They are infact shit scared of the Pakistanis, turning against them. Not settling with Pakistan has been the single biggest strategic failure of our elites.

....and for those that understand laws of physics and want to know what happened (not a political spin):