Modest 6.35 per cent hike in defence budget, lowest allocations since the 1962 war 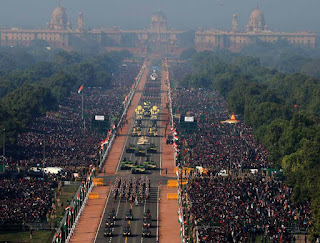 With larger allocations to the agricultural and social sectors in an election year, the defence budget plumbed the lowest levels since 1962 – the year when an ill-equipped Indian Army was roundly defeated by China.

Including money allocated to defence pensions and the defence ministry, the defence allocation for 2019-20 rose to Rs 4,31,011 crore, just 6.35 per cent more than the revised estimates for 2018-19. This will be insufficient to cover even cost inflation and foreign exchange depreciation during the year.

However, Acting Finance Minister Piyush Goyal’s budget speech, and a government statement released through the Press Information Bureau, treated the pension and MoD allocations as outside the defence budget. By that count, the defence budget amounts to Rs 3,01,866 crore.

Addressing Parliament, Goyal said “Our defence budget will be crossing Rs 3,00,000 crore for the first time in 2019-20. For securing our borders and to maintain preparedness of the highest order, in necessary, additional funds would be provided.”

Underlining the political backdrop to the Interim Budget, Goyal’s speech also made reference to the One Rank, One Pension (OROP) scheme, which the government has implemented during its tenure.

“The previous governments announced it (OROP) in three budgets but sanctioned a mere Rs 500 crore in 2014-15 interim budget. In contrast we have already disbursed over Rs 35,000 crore after implementing the scheme in its true spirit,” said Goyal.

For the first time ever, the defence capital budget crossed the one lakh crore rupee mark, with the Rs 1,03,380 crore capital allocation for 2019-20 exactly 10 per cent higher than the current year’s revised estimate of Rs 93,982 crore. Given the significant pay-outs impending for fighter aircraft, missiles, warships and other systems, there is likely to be a demand for an increase at the revised estimates stage later this year.

“The capital allocation of Ministry of Defence under Budget Estimates 2019-20 is 32.19% of the total central government capital expenditure, which is Rs 3,36,293 crore,” stated an MoD release.

Welcoming the budget, Bharat Forge chairman, Baba Kalyani, said: “We hope that “Make in India” in Defence will result in greater role for the private industry in this critical sector of the country’s economy. The thrust on MSMEs is also welcome…”
Posted by Broadsword at 19:46

Does this include the new airforce tender...?

The GDP numbers from the National Statistical commission are not reliable not least because of all the methodology changes. We cannot trust the data from either the CSO or Niti Aayog. Most calculations by GOI can be considered to be done on the basis of assumptions.
Our official GDP figures should be taken as only having the governments stamp of approval, but might differ from the actual reality, of which nobody knows.
Pravin Srivastava and NITI Aayog’s Amitabh Kant are the only members of the NSC left after the recent resignation of PC Mohanan (the Chairman) and JV Meenakshi. These were the independent members responsible to auditing the Chaiwallahs claims on economic progress.
There is a desperate need for expenditure on education, health and job creation, improvements in these areas would do much more to enanhance the defence of India, it is the health and education of our population which lies at the core of a strong economy which supports a strong defence.
Our sixty billion dollar defence budget this year should be sufficient for the defence of India if it were not for all the cumulative criminal mismanagement and corruption, in defence planning, procurement and spending, which Broadsword for years has been reporting in this blog.
Jai Hind

Manufacture more in India is a solution. Cut down number of major generals and above ranks.
Cut down cilivilan empoyees in MoD,
This will save a lot of money.

Our armed forces , DRDO and PSU are in a major mess. We need to start product development in UAV for all 3 armed forces . That does not seem to be in the vision at all. Look at Israel, they unmanned sonar craft for naval vehicles or Russian unmanned mine removers .

If air force is importing 100+ armed unmanned vehicles , then we know all this AMCA is crap unless supported by swarms of one time UAV .
Same with Future tank instead of copying Armata we should e sure arjun can operate with 10-20 unmanned tanks/tank destroyers/bunker destroyers.