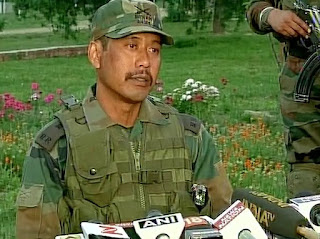 An army major, Leetul Gogoi, who created a human rights storm in April 2017 by tying a local Kashmiri to his jeep as a human shield against stone pelting by a violent mob, has severely embarrassed the army again.

Senior army sources have revealed that a military court of inquiry (CoI) has indicted Major Gogoi after the Jammu & Kashmir Police (JKP) detained him on May 23 while he was checking into a Srinagar hotel with a young Kashmiri woman.

Gogoi told the JKP that the woman was an “intelligence source” and he was taking her to the hotel to debrief her. However, the army has not bought this argument and found Gogoi culpable of two offenses: first, “fraternising with locals against army orders” and, second, “being absent from his place of duty in an operational area.”

For the local Kashmiri people, this case reverberates far beyond military rules, or even sexual contact between consenting adults. There is outrage that a local girl could contemplate “inappropriate contact” with an army person. Meanwhile, perhaps inevitably, allegations of coercion are seeping into the public narrative.

After the human shield incident, the army controversially shielded Gogoi, even praising him for “innovative thinking” that saved the lives of stone-pelters, who might otherwise have been killed or injured in retaliatory firing by the army. The generals were also pushed into defending Gogoi by widespread demands to revoke the Armed Forces Special Powers Act (AFSPA), which many blamed for creating the mindset that permitted such excesses.

This time, however, after Gogoi was detained at the hotel, the army quickly made it clear he had transgressed beyond the pale. Questioned about the case, army chief General Bipin Rawat stated that the “strictest possible action” would be taken against officers “found guilty of any offence.”

So far, only the first stage of an exacting military disciplinary procedure has gone against Gogoi. After the CoI comes the recording of “summary of evidence” (SoE), where a board of officers will interview the accused person and witnesses to the alleged offence, with the accused permitted cross-examination. If the SoE recommends punishment, charges will be framed and a court martial ordered. In this, a military court, headed by a general, will judge the case and pronounce sentence.

“We will see what the SoE unearths. If it is an open-and-shut case, where the accused is not contesting the evidence, we will recommend a ‘summary general court martial’ (SGCM), which will reach a conclusion quickly. If there are complications, and the accused contests the evidence, we will convene a ‘general court martial’ (GCM), which is a more stringent and, therefore, slower process,” says a senior army general.
Posted by Broadsword at 10:55

Pity this attitude of Indian Army . our soldiers are on land not foreign country. . Separatists will celebrate .

As it is Indian uniformed forces (Army.CRPF , Police, BSF) are the only ones holding fort at Kashmir, politicians have run away or making merry or creating a bigger mess.
Let us have atleast 3 lawyers in every platoon ASAP .

There has been no village level development at all inspite of so many governments, none punished.
Only army is doing that too. God bless this country.

If the girl wants to hang with an army man at a hotel, whats the problem? Sick of all the special rules for Kashmiris. They just another state in the union.

Now, desertion of his post is something more serious.

Big Deal, men and woman fraternize around the world every day whether on duty or off. What is so different ?

She has clearly said that she came on her own will and the Major had done nothing awkward.
So at best its a minor infraction.


I dont know if the army was embarrassed With the Major's Jeep tying tactic, But the country was proud and celebrated it. No Matter what the media tells us, social media supported the Major.

LEAVE GOGOI ALONE HE HAS DONE HIS DUTY IN KASHMIR . ON A LOOK OUT FOR SOME SEX HE MAY HAVE JEOPARDISED THE ARMY CODE OF CONDUCT AND BEING AWAY FROM PLACE OF DUTY . HE ONLY DESERVES A CENSURE , GIVEN LEAVE AND PERHAPS TRANSFERRED OUT . THE ARMY MUST NOT FOOLISHLY PENALISE YOUNG OFFICERS IN FIELD AREAS . HAS ANY BABU , POLICE PARA OFFICER BEEN PUNISHED FOR NOT PERFORMING DUTIES IN KASHMIR OR NE .GOGOI HAS NOT KILLED RAPED OR LOOTED ANYONE .

Military values are no different to the values one can find amongst good men in civilian life. These are courage, integrity, honour, fortitude and loyalty.
These qualities are of a high moral significance, but in the army they acquire, an operational significance too, they perform an important function towards combat effectiveness.
These virtues are part of the leadership abilities of officers and add to the fighting capabilities of men they command. A force with these values has a better fighting ability that a force which lacks them.
That is why the Indian Army is supposed to spend a great deal of effort and training towards fostering these values.
The Major by making a human shield of a civilian, has diminished the Indian army’s training, I cannot see any overwhelming mitigating circumstance which justified compromising these values.
Officers who behave in a dishonourable manner often make it a habit, they are not to be trusted in situations of war or in any professional situation and should be removed.
Every senior commander has the ability to judge a man within minutes, the present Army Chief seems to have lost it.
The Indian Army now feels entitled to AFSPA wherever it is deployed and permanent in Kashmir. Perhaps we should look to learn from Gaza where the actions of the IDF has brutalised this Force, their own military studies have shown the Israeli army deployed to suppresses civilians, over a long period, compromises it severely and will diminish its fighting abilities in a war.


It’s not about Gogoi, it’s that the COAS made an ass of himself, that’s not good for the institution which is the great Indian army.

For a people under occupation of a hostile army, how can there have been consent, the girl was barely an adult and the mother according to Scroll in was terrified of Gogoi, media coverage and romour had spread amongst the civilian population this brutal monster with his military Indian thugs picked up a Kashmiri person from the street and tied him to a jeep.
So if the monster comes to a widow and demands the daughter, who he has not before, for sex, is that consent, they were not romantically courting, the,girl was from a poor family, she was not a prostitute. It was a case of sexual exploitation of the civil population by an officer who had recieved a commendation by the head of the Indian army for taking a civilian hostage, a war crime in the convention of most armies in the civilised world.
Kashmir was ruled by a Mahrajah it was never a part of India. The Indian people fought for self determination and colonial liberation. As soon as we get our freedom we behave like our British oppressors and bring the jackboot on to the people of Kashmir.
Neither Pakistan or India has a right To Kashmir. The people will decide their own fate by way of a plebiscite. Given the deaths and rapes in the valley over the past twenty years we are the ugly oppressors of a beautiful and what was once a gentle race.
Kashmir is a self inflicted wound on Mother India rapidly becoming a failed and ugly state for the majority of its population