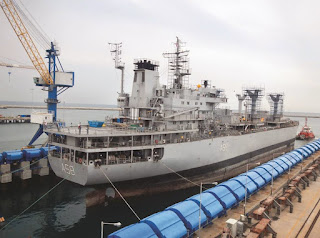 The defence industry has both praise and criticism for the proposed new Defence Production Policy 2018 (DProP 2018), a draft of which the government released on Friday.

Suggestions have been invited by Thursday, after which the defence ministry intends to issue the finalised DProP 2018 within a month.

The draft policy sets out ambitious goals, including making India one of the world’s top five defence manufacturers and a global leader in cyberspace and artificial intelligence; achieving self-reliance by 2025 in complex weaponry like helicopters, fighters, warships, tanks and missiles; raising defence exports to $5 billion annually by 2025, and producing defence goods and services worth ~$26bn by that year to create employment for two-three million people.

Private defence industry has welcomed the announcement of explicit targets, but points out that close oversight would be needed to achieve them.

“Overall it is a good policy, with a clear vision and timelines. But the key to its success lies in how vigorously it is implemented”, says Rajinder Bhatia, who heads Kalyani Group’s defence vertical.

“Industry welcomes the DProP’s push for ‘Make in India’. But its success will lie in its implementation strategy, with strict milestones, a periodic review mechanism and ensuring accountability for non compliance”, says Vivek Pandit of Ficci

Noting that India is emerging as a “top destination for R&D centres in the world”, the draft DProP 2018 proposes that this strength “be channelized for creating domestic [intellectual property] for defence needs.”

However, Jayant Patil, who heads Larsen & Toubro’s defence business, notes that R&D incentivisation across industry is falling. Earlier, there was tax exemption of 200 per cent of the R&D spend, which has fallen to 150 per cent currently, and will be just 100 per cent from 2020. Patil suggests: “There must be a higher targeted incentivisation for defence R&D and product development.”

Increasing indigensation content in a product has always been an important component of “Make in India”, with DPP 2016 increasing the minimum indigenous content from 30to 40 per cent. Patil proposes that industry be offered incentives – such as price preference and purchase preference – for achieving indigenous content substantially higher than the specified minimum.

Industry executives insist that private firms can only enhance turnover and create jobs if there is a level playing field between the private and public sector – which includes eight defence public sector undertakings (DPSUs) and 40 ordnance factories (OFs).

Private firm executives say they are willing to compete with OFs and DPSUs, but the latter continue being privileged. As an example, private firms have been invited to manufacture 21 types of ammunition out of the 87 types required by the army, with all the remaining types reserved for OFs. In December, the defence ministry permitted OFs to also bid for the 21 types assigned to the private sector, raising concerns that the OFs would cross-subsidise their bids from the huge assured orders already reserved for them.

Private executives also point to the recent tender for building lakhs of small arms (rifles, carbines and light machine guns), in which 25 per cent of the order is reserved for OFs, which can also quote for building the other 75 per cent.


“DProP 2018 must contain a formal commitment that orders will not be given on ‘nomination’ to DPSUs and OFs, so that there is a true level playing field”, they say.

Several private executives want DProP 2018 to explicitly specify that the Department of Defence Production represents all defence producers in the country – both public and private – and will impartially foster their development.

With India’s defence budget limited in its ability to absorb the planned levels of defence production, the draft DProP 2018 plans to export $5 billion in defence goods  through assiduous marketing, offering lines of credit to buyer countries, setting up a Defence Export Organisation jointly with industry, and easing export clearances.

Even so, there is scepticism within industry that exports can be scaled up fifteen-fold in just seven years, from the current level of about $330 million.

“To boost defence exports to $5 billion, we need a body like Israel’s SIBAT, in which the military and the highest levels of government together facilitate arms sales abroad. The draft policy unfortunately limits itself to export promotion by DPSUs/OFs ”, says Rahul Chaudhry of Tata Power (SED).

Patil suggests DProP 2018 should mention export promotion initiatives – such as providing low cost capital to defence exporters from the growing foreign exchange reserves – which could be detailed in separate “Export Facilitation Guidelines”.

“Overall it is a good policy, with a clear vision and timelines. But the key to its success lies in how it is implemented. A level playing field for the private sector is still awaited.”

To incentivise higher indigenisation in defence equipment, industry should be offered incentives – such as price preference and purchase preference – for achieving indigenous content substantially higher than the specified minimum of 40 per cent.

“To boost defence exports to $5 billion, we need a body like Israel’s SIBAT, in which the military and the highest levels of government together facilitate arms sales abroad.”

“While industry welcomes the contours around which the DProP is built, its success will lie in its implementation. It needs strict milestones, a periodic review mechanism and accountability for non compliance.”

"What the industry needs is more influx of projects. While much work has been done by the government at the policy level, on-ground action is glaringly missing. To ensure that 'Make in India' does not fade away as rhetoric, more Make-I and Make-II projects must be awarded."
Posted by Broadsword at 07:38

Our state planners and bureaucrats have a propensity to ‘talk the walk, but never walk the walk’.
These are all grandiose plans on paper. Every MD from our defence industry colludes with this absurd pretence, nobody points out this Emperor of government policy has no clothes.
A father whose little son an established ‘kuddu’ (pumpkin) in school was given this simple advice. “Son in everything you do follow the brightest boy in your class, you will never go wrong.”
India should follow Singapore in market policy, as it now established that Indias decision makers are both corrupt and stupid, incapable of making intelligent decisions.
The System is inefficient and creates nothing but big bureaucracy that increases the cost of doing business for everyone. This huge public sector industry exists because the rule of law is weak and corruption is a common in the highest echelons of power. The Indian Government (if it does not keep its long nose out of India’s defence industry and allow a free market), will create more public sector monsters, more ‘Air India’s’.
Our defence industry has failed after 70 years of trying since independence. We have been compelled to become the biggest arms importer in the world.
For heavens sake. Give the bright intelligent people from companies like Larsen and Turbo an opportunity to shine by creating a level playing field as advised by one MD.
Meanwhile the excelled journalism from this blog continues to dish out the grim truth to the public!

The irony is that the fact that the government is making such detailed plans is why it is bound to fail. The market decides any more government inference will just prolong the agony.
The eight defence public sector undertakings (DPSUs) and 40 ordnance factories (OFs) should be broken into bits and sold off. Management buyouts should be prioritised by offering legal help and private consultancy to employees who wish to take ownership, that’s the limit of Government assistance to deadwood, FULL STOP.
The offering should be made internationally as well! The true value of these companies will determined by the market. There will be a survival of the fittest, if you are not competitive (on a worldwide basis) you close down as simple as that, no protectionism, It’s called tough love.
Before the sale of government assets, existing order books be scrapped with the undertaking by the government that future orders will be placed with no favouritism. The government is advised to take a strictly hands off approach. Any protectionism will be most unwise and government to source via competition worldwide as it does for most of its arms imports already.
This is how a thousand indigenous flowers will bloom as time goes by.