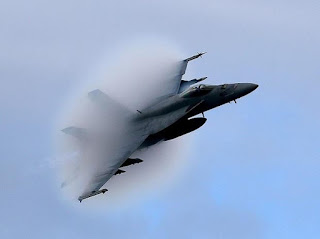 Has China been rattled by the F-35's growing presence in the Asia-Pacific?

With China’s air force deploying its “latest stealth jet fighter” – the J-20 Chengdu – one of the provocations could be the Indian Air Force (IAF) deployment of its top-of-the-line Sukhoi-30MKI fighter in Assam, near the disputed Sino-India border.

The English language website “China Military Online” – an official People’s Liberation Army (PLA) news outlet – quoted an expert to state on Monday that the J-20 has been urgently operationalised because of the threat posed by the US, Japan, South Korea and India.

This is perhaps the most authoritative portrayal so far of Indian air power as a threat to China.

China Military Online states it is “Authorized by the Central Military Commission of the People's Republic of China (PRC) and sponsored by the Chinese People's Liberation Army (PLA) Daily.”

The J-20, which is China's first stealth fighter, made its maiden flight in 2011. It was first inveiled at China’s Zhuhai Air Show in 2016 and began delivery to the PLAAF in March 2017. Assuming it has no major flaws, this is an incredibly fast development trajectory, especially compared to the American F-35 Lightning II stealth fighter.

On February 9, an official statement on the Weibo account of the PLA Air Force (PLAAF) had revealed that the J-20 had been deployed with combat units.

Meanwhile, China is developing a second stealth fighter, the FC-31, which will fly off PLA Navy aircraft carriers. Beijing also hopes to target the international market with the FC-31.

The J-20 is a twin-engine, multi-role fighter that has exceptionally long range and can fly faster than 2,000 kilometers per hour. Its radar-scattering airframe, constructed from advanced, radar-absorbing materials makes it hard to detect at long ranges.

In wartime, experts assess that the PLAAF would use the J-20 to strike enemy “force multiplier” aircraft like refuelling tankers, reconnaissance aircraft and airborne command posts. Alternatively, it could be used for “stealth strikes”, slipping past enemy radars to attack high-value targets, warships or communication facilities.

While the J-20 is unquestionably the PLAAF’s most advanced fighter, aerospace experts also point to significant weaknesses.

The South China Morning Post, a reputed Hong Kong newspaper, has reported that China is still struggling to develop the Xian WS-15 engines (codenamed Emei) that the J-20 was built to fly with. As a stop-gap, the J-20 is flying with the less powerful WS-10B Taihang engine, compromising its performance.

Mirroring India’s struggles with the Kaveri engine, Chinese scientists have failed to to crack the challenge of developing “single crystal” turbine blades that can withstand the extreme temperatures in the combustion chamber of a high-performance fighter.

The Post concluded that the J-20 would only enter mass production when the WS-15 is performing suitably, which could take as long as eight years.

Meanwhile, the US Air Force has begun deploying the F-35 in Japan’s Kadena air base. Japan, which has a F-35 production plant in-country, has 42 F-35s on order. South Korea will get its first F-35s this year, with 40 due to be delivered by 2021. Singapore too seems likely to opt for the F-35. Experts believe this rising threat might have rushed Beijing into prematurely introducing the J-20 into service.

As this newspaper first reported (February 15, IAF looks to buy fifth-generation F-35 fighter) the IAF too has begun weighing the advantages of buying the US fifth-generation stealth fighter.
Posted by Broadsword at 07:20

Please change the picture. A Super hornet does not go with the article. please put either a J - 20 or an F - 35. The Chinese can describe the J - 20 as Operational but it is work in progress and with the current AL -31 (The Wushan - 10 is not yet reliable enough to risk on such a high profile ac) it can barely super cruise and lacks the power to weight ratio to carry meaningful loads specially from Tibetan bases. Further, not much is known about system performances, which actually is about 60% of the fifth gen game.

There is absolutely no advantage in buying the F35. It has one engine, cannot carry fuel and cannot carry weapons...just a poor platform overall. And the costs will be phenomenal

Sir I know buisness standard is run by a buisness house whose buisness interest coincide with some american corporations bit our priority is roads, sanitation, education and health for all.
Dr. Kalam had already ensured our security and our scientists are well capable if given proper chance. We don't have plan over other territories.I have so much respect for you that I can only beg to you.Rest Lockheed could just relax.Nikhil

F-35 development cycle from first flight 2005 to deployment 2016 is 10+ years. With the expertise that US has building military aircraft for nearly 100+ years. Even now the F35 has more than its share of issues.

J-20 is deployed operationally in 5+ years ?? By China...whose expertise has been copying Russian aircraft design. We can all figure out whether in aerial combat a SU 30 MKI is superior or Chinese noodles, sorry J20. And so called defence analysts are not calling the bluff. Why? Case becomes stronger for a Indian buy of Lockheed maal...which is exactly what this defence analyst is pushing in his other articles.

So much for Indian media and reporting.

There was a news article about hit refuelling of Tejas. Could we have your views on its implications

Did i miss out something

What India should be worried about is the Chinese J20 being inducted into the Pakistan Air Force as a light bomber.
The J20 - once its full stealth capabilities are developed and it gets its new functional engine - will be used by Pakistan to deliver some of its nuclear weapons.
The J20 (beside its fighter role) is being developed by the Chinese as a stealthy light bomber to be used singly against US aircraft carrier battle groups and key targets in Taiwan.
This is why the future J20 -advanced stealth with modernised engine - is the perfect platform for carrying Pakistan’s nuclear deterrent. India must plan for this future threat to appear after the year 2022.
THE SOLUTION FOR INDIA IS NOT ENTIRELY THE F35
China knows the effectiveness of the S400 against the F35 and has ordered six battalions of of these for $3 billion. This is a relative cheap option to counter the F35 threat. As India equips its Air Force with the F35, China will deploy the more advanced Russian S500 at that time in Tibet, a credible cheap deterrent at under $10 billion.
It is encouraging, we have decided to obtain some S400 systems from Russia ourselves, to counter the present not so fully stealth of the J20, this technology will last until at least the next 5 years after which India can expect to face the fully stealth, super engine version of the J20.
Only super stealth fast aircraft, can counter a Russian S500 System.
As Pakistan and China move into each other arms, India must be aware of the danger of Pakistan creating an Iron Dome against India’s nuclear weapons - this can be as simple as the Chinese choosing to deploy some of its future S500 air defence systems in Pakistan.
What is most depressing is that the IAS Babus at India’s defence procurement are unfit to make purchase decisions. By the time tortoise India has worked through its long delays, technology has moved on and decisions taken previously become outdated, this gets them into a muddle, confusion and results in all round rethinks.
Some patriotic Indians may wish that these IAS creatures be relieved of their responsibilities and a joint service command be set up. But if wishes were horses beggars may ride.
I don’t wish to go into another rant against the system in Broadswords blog - I will say no more.