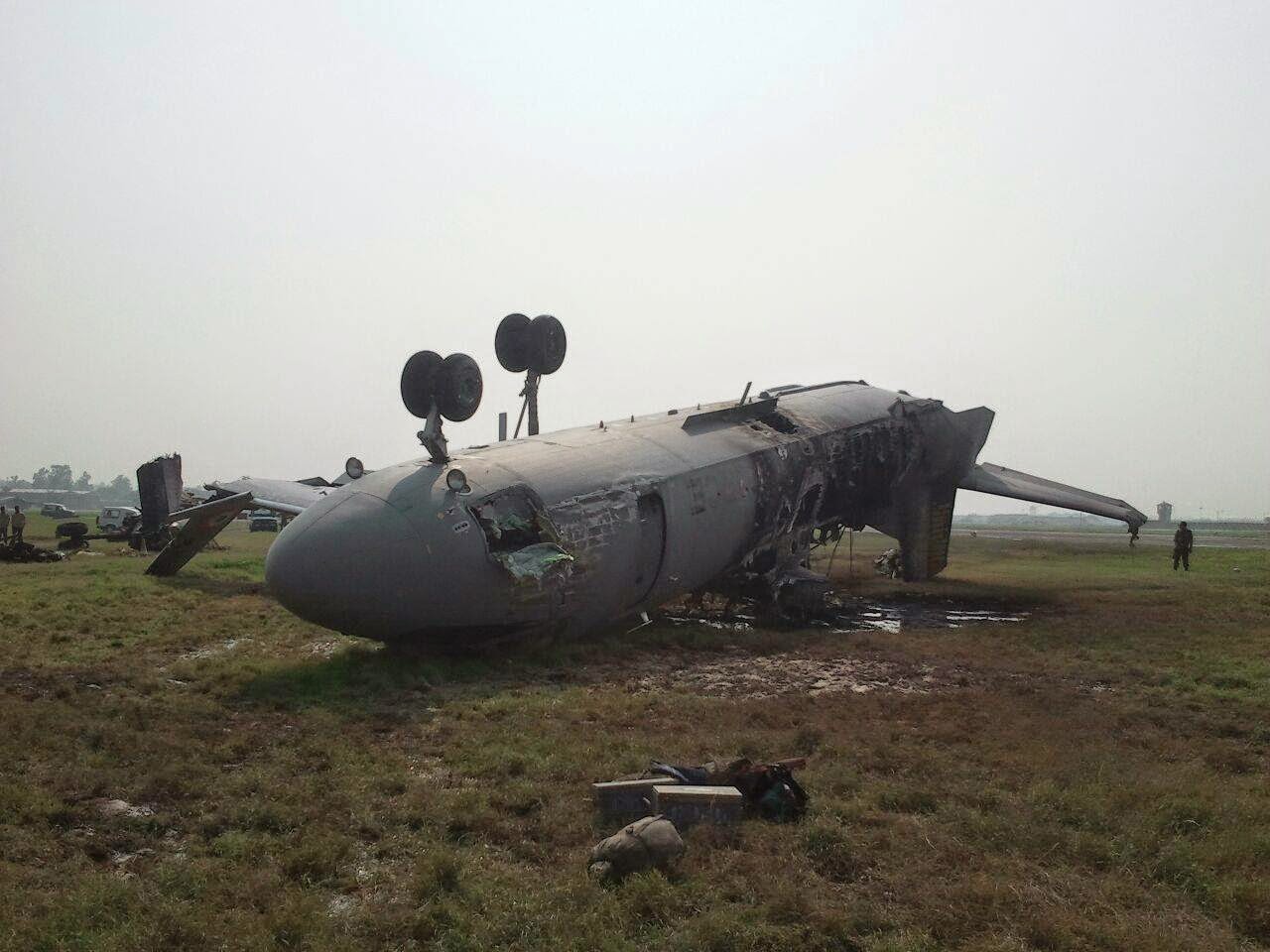 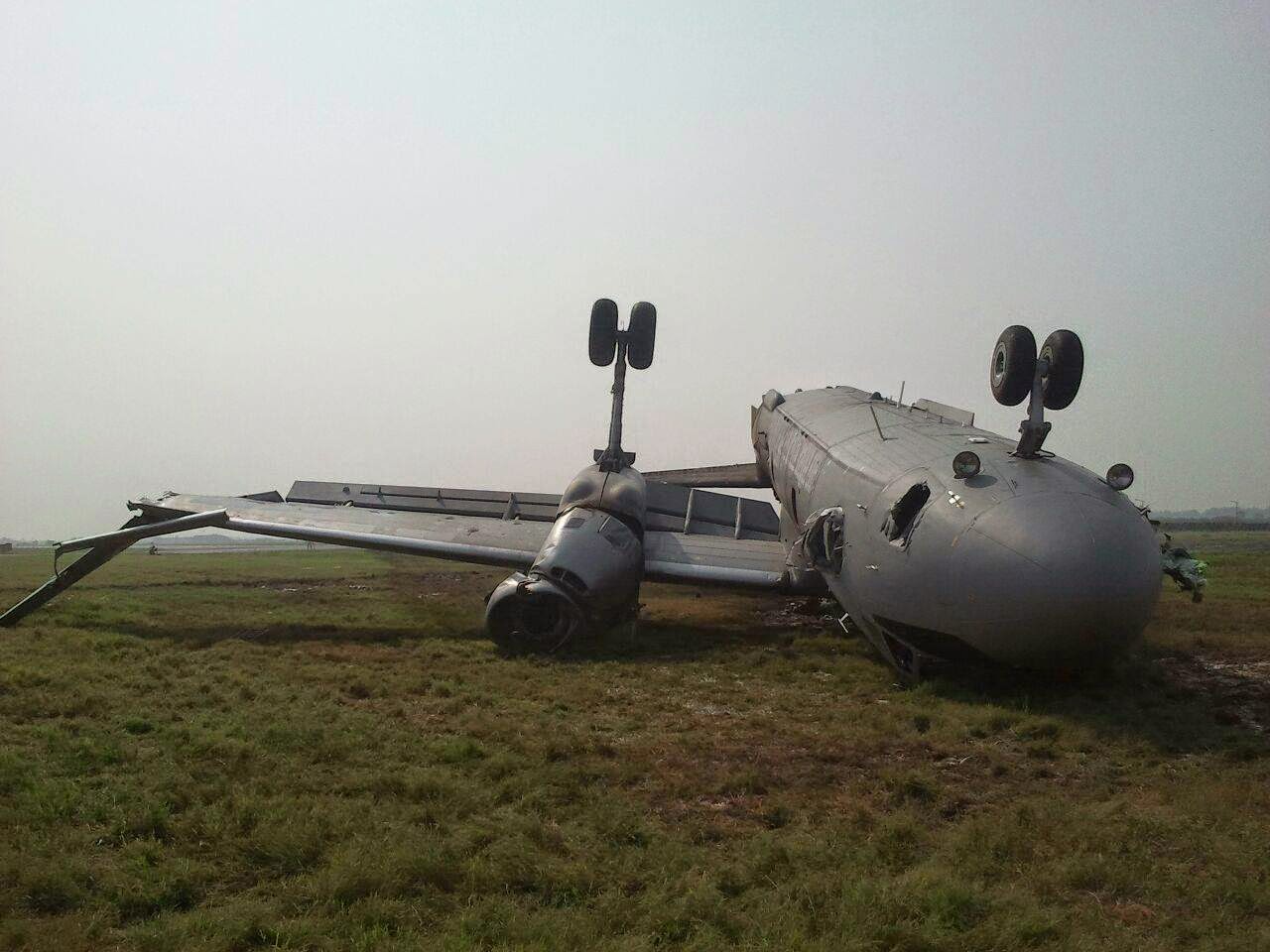 Eleven persons on board an Indian Air Force (IAF) AN-32 aircraft that crashed and caught fire while landing in Chandigarh on Saturday evening are fortunate to be alive, say sources close to the accident investigation.

The aircraft, which was returning from Srinagar, via Bhatinda, after delivering flood relief supplies, had five IAF crewmembers and six passengers from the National Disaster Response Force (NDRF) on board.

Had all of them not escaped through an emergency hatch, this accident could have paralleled the Uttarakhand helicopter crash, in which five IAF crewmembers, six Indo-Tibet Border Police troopers, and nine NDRF personnel were killed in an IAF helicopter crash during a flood relief mission on June 25, 2013.

The AN-32 aircraft, while landing, appears to have dropped too quickly, bounced off the runway, and hit one wing against the ground. Since an AN-32’s wing also serves as the fuel tank, the aviation turbine fuel spraying around at high temperature set the wing alight --- forcing the passengers into an emergency evacuation while airport tenders fought the blaze. Some of the injuries caused by the crash are believed to be serious.

The AN-32 transport aircraft is one of the IAF’s most reliable workhorses, capable of landing on short strips at high altitudes. The fleet of more than 100 aircraft is being refurbished to extend its service life. The aircraft that crashed on Saturday had been upgraded in Ukraine recently.
Posted by Broadsword at 07:04

Good grief!, here we go again. Our good luck the arjun tank cannot fly with the IAF or they would have crashed that one too.

Can they please hand over those C17's to the army.

Was the plane in question one of the upgraded ones? It's a relief to learn all crew members are alive.

What is the problem with IAF. ? It is the time to introspect. Every other month a plane is crashing. Are they not capable to fly even slow moving transport planes ?

Old horses when flogged beyond age and not fed properly i:e serviced and repaired or done with spurious spares cannbilsed from dubious arms dealers results in what we see with the horse lying with its legs up. The arms dalals
and mod civilans involved in purchse of spares need to be sent to Tihar .

The IAF's taken up where the Navy left off. They are managing to prang hitherto 'uncrashable' aircraft - it was a brand new C-130J, a Mi-17V, a ALH and now a refurbished AN-32. I guess we need a 'havan' to ward off the evil eye or blame the ISI. And the country's not even questioning the colossal loss of public money. Ignorance reigns !