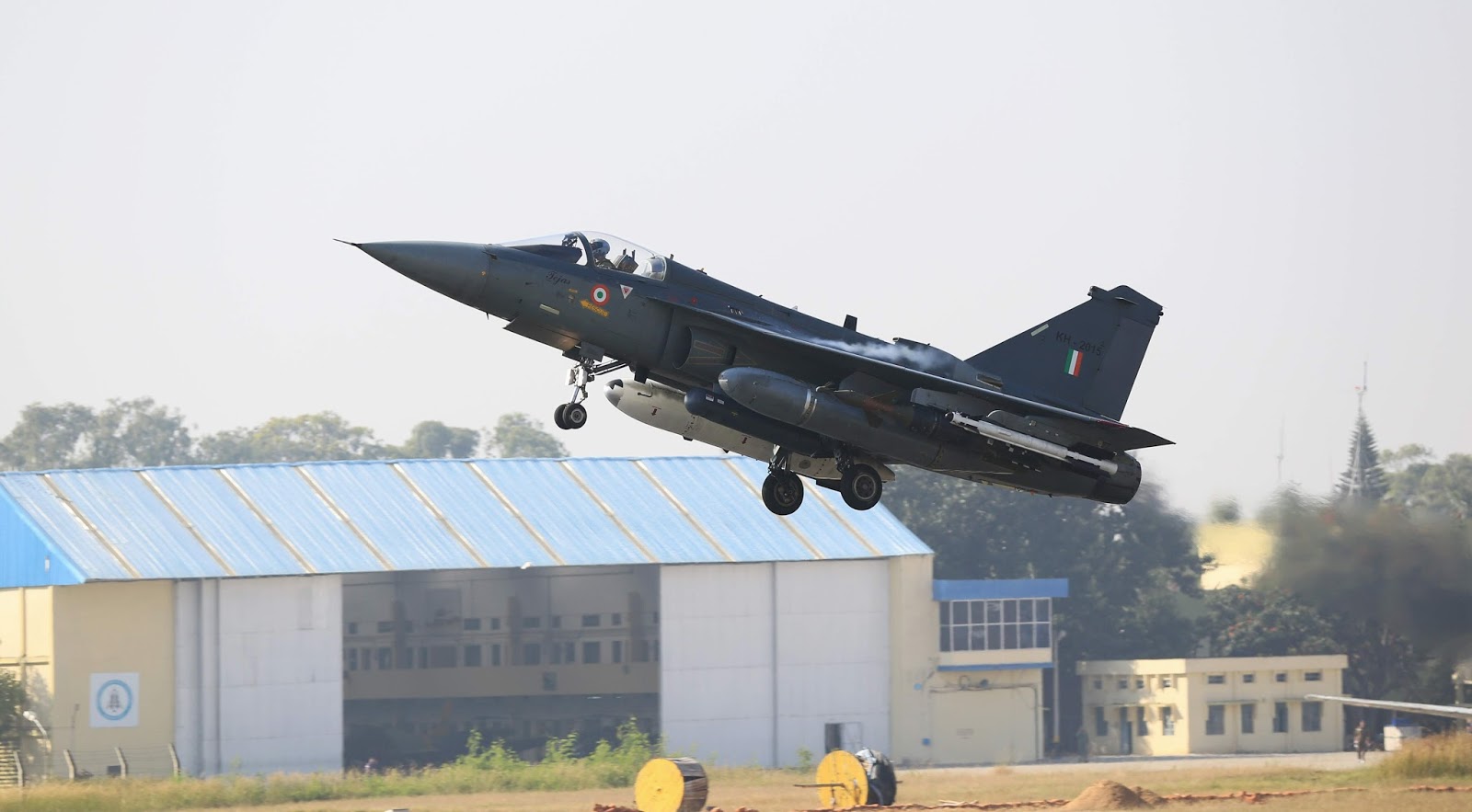 The Tejas Mark I will be one of the world’s most affordable fighters in its class. Ministry of Defence (MoD) sources tell Business Standard that Hindustan Aeronautics Ltd (HAL) has quoted a price of Rs 162 crore per aircraft for the first 20 Tejas fighters that have begun production in Bangalore. That translates into a dollar price of approximately $26 million per fighter.

This is a fraction of the cost of the comparable Mirage-2000, which was bought relatively cheaply in the 1980s, but is currently being upgraded for Rs 280 crore ($45 million) per fighter. On December 19, 2011, Defence Minister AK Antony had told parliament that Thales would get Euro 1.4 billion (Rs 11,830 crore today) for upgrading the Indian Air Force (IAF) fleet of 49 Mirage-2000 fighters, while HAL would get Rs 2020 crore, i.e. a total of Rs 13,850 crore. Since the upgrade will only be completed by 2021, that cost would rise further if the rupee falls.

Mr Antony also told parliament that the IAF’s fleet of 69 MiG-29 fighters was being upgraded for US $964 million, that is about Rs 87 crore per fighter, over and above the acquisition cost.

The Sukhoi-30MKI, a heavier and, therefore, more expensive fighter that HAL builds in Nashik, currently costs the IAF more than Rs 400 crore ($65 million) each. The Rafale medium multi-role fighter, which is currently being negotiated with Dassault, could cost between Rs 750-850 crore ($120-140 million) each.

The JF-17 Thunder, the Pakistan Air Force’s new light fighter that was “co-developed” with China is believed to be marginally cheaper, at $23-24 million per aircraft. However, the Tejas is significantly more advanced than the JF-17, being built from composite materials, incorporating an advanced fly-by-wire system, and fitted with more advanced avionics.

The MoD is bargaining with HAL over the Tejas’ Rs 162 crore price tag, pointing out that HAL had, in 2006, quoted a unit price of Rs 116.49 crore per fighter. HAL argues that the rupee’s decline (some 45 per cent of the Tejas comes from abroad) and inflation over the last 8 years warrants a 40 per cent rise.

During a recent tour of the Tejas assembly line, Business Standard was briefed about HAL’s initiatives to slash the cost of the Tejas, rendering it more attractive to the IAF. HAL’s first step has been to target economy of scale by developing its assembly line and supply chains for 200 fighters, although the IAF has only committed to buying just 40 Tejas Mark I fighters so far.

In planning ambitiously, HAL has the MoD’s support. Mr Antony announced last month in Bangalore, when the Tejas was being inducted into the IAF, that about 200 fighters would be eventually built in Mark I and Mark II configurations.

By HAL’s reckoning, these include --- 20 Tejas Mark I fighters in the current configuration; and 20 more once Final Operational Clearance is received at the end of 2014 (the IAF has already committed to buying these two squadrons). Next, HAL plans to build 84 Tejas Mark II (four squadrons). The navy has already ordered 8 Naval Tejas; and is planning to order 11 Naval Tejas trainers soon. When development is complete, about 46 Naval Tejas will be ordered for India’s two indigenous aircraft carriers --- INS Vikrant and its successor.

HAL is also developing a cost-effective supply chain by establishing Long Time Business Agreements (LTBAs) of 3-5 years with its sub-vendors. Instead of giving them piecemeal orders, HAL assures its sub-vendors of production orders for up to 40-50 aircraft sets. Having provided them business confidence and driven down prices, HAL negotiates yearly requirements with them in tandem with its production rate, ensuring the in-flow of raw materials and parts to keep the Tejas line rolling. As IAF/navy orders grow, these vendors are assured of further business provided their performance and prices remain satisfactory.

Long lead components, which require time to build and sometimes have a high rejection rate, have been identified and addressed. The Tejas line will have a high quality machining shop with state-of-the-art five-axis CNC machines. For critical parts like the Tejas’ carbon composite wing skin, these machines will replace the manual drilling of 8000 holes, using instead a computerised drilling programme that will reduce cycle time, errors and production cost.

“With measures like these, we will improve the Tejas’ build quality and eliminate rework, rejection and delays. Bringing down the ‘Standard Man Hour’ for series production, when compared to building prototypes, will automatically reduce the production cost of the Tejas,” says RK Tyagi, Chairman of HAL.

What is your take on the capabilities of the Tejas viz the J-10 which looks to be the mainstay of the PAF and PLAAF in the near future?
If the comparison is positive, I say we concentrate the Tejas in numbers to the western front and leave the Medium and Heavy aircraft (+ the FGFA later) for the chinese theatre.
The jaguars are and the Tejas should be able to take care of Pakistan and I believe the Tejas has also done well in altitude trials.
Why only 200? at this price IAF should order 300 to compliment the 100+ Jaguars.

After decades of research, LCA Tejas is ready. More interestingly, at last commercial issues are being discussed. Tejas is a successful but cheap aircraft. HAL must start manufacturing at least twenty five of them each year so that per aircraft price comes down. DRDO / HAL must arrange local assembly of GE414 engine to bring down the price further in future. Kaveri engine must be made successful and utilise to power LCA Mark2.
The successful development of LCA should be converted immediately into a commercial success as well. HAL must immediately start manufacturing LCA-Trainers for IAF. HAL must sell a few LCA aircrafts every year to friendly countries like Oman, South Africa, Myanmar, Vietnam etc. Further development of the LCA will happen expeditiously as soon as more number of LCAs are flown by pilots of IAF and Navy.

Is there a Dannyboy you have radio links with, Broadsword? :)

It'll be nice to see a comparison of the capabilities of the Tejas vis-a-vis the J-10B and the JF-17 both of which will be (and are) serving the PAF and PLAAF in sizable numbers. A few words about the (expected) strategic roles of these aircrafts by the concerned forces will also be great ! Any plans on coming up with such a comparison?

col. shukla u talk about facts ??
i think u yourself don't know about the length of your military service..
u mention in a comment that u served for 26 yrs..

i remember in a previous article's comment section u mentioned u retired at 42 after commanding your regiment,,
now how the hell on earth can u serve for 26 yrs if u retire at 42 ??

u r only good at maligning the IA generals..specially the inf. ones..& obviously deleting comments that expose u..now go ahead & remove this comment as well..
& if possible do ask ur lt. gen. chait to get a haircut & trim his paunch..

hi Ajay Sir, is there any progress in kaveri project since it very critical if we want to develope more fihgter independently............

@Col Shukla: As a civilian interested in defense matters, thanks for keeping our kind informed through your blog. I have two questions for you?
1. The Tejas has a basic tailless delta-airframe (neither cropped, nor cranked), with no canards/levcons, etc. Changes to the airframe have to be incorporated to make it super-maneuverable without thrust vectoring (e.g. addition of levcons,etc.). Also, the vertical stablilizer need to be replaced by v-tails for better stealth. So, would it be easier to implement these changes incrementally or designing a new airframe from scratch?
2. As a nation which can send orbiters to moon and Mars, why is it failing the development of a good trainer aircraft. Is the technology that difficult, or the problem is somewhere else?

Col. Shukla, in order to ramp up the production numbers of Tejas, can't the private sector be invited to set up assembly lines ?

If Reliance can be the preferred partner for Dassault's rafale, why can't it assemble Tejas ?

A squadron a year !

@ prateek @ 08:42
The requirement for XIIth pass for NDA UPSC entry did not come till circa 1988-ish.. Those from 79th NDA course onwards needed to be 10+2 graduates. As a result, a 16-1 year old could complete NDA by 19-20 years, then another year for IMA, and well complete tenure in his early 40s..
Do'nt be so cynical in matters that can easily be verified..it will suit you well.

LOL... do years at NDA count towards your military servrice....At least be decent enough to leave NDA years out ....you may keep IMA though :)...this puts u at 2 years service...

You are no better than Indian politicians distorting facts

As anyone who has been through NDA will tell you, those years of training were more military than most of the subsequent ones!

But suit yourself. Put any number you like. It makes little difference whether someone has served 22, 24 or 26 years.

If there's an analytical argument you have, present it please. I haven't seen any logic from you yet.

NDA is like a military college. So visualize getting out of school and into college (BSc / BA) for 3 years. Now visualize that those 3 years "primarily" consists of super intensive military training PLUS cadets also have to clear their BSc / BA exams!! That's what NDA is about.

And let me tell you, there are NDA cadets who excel in academics to a level that would put many normal college BSc/BA pass kids to shame.

A few years hear and there might add fluff. But never substance. Pray, how does it make a difference?? Unless you think Shukla is vying for a age dependent COAS type post.

well sir ,
i am extremely sorry if i ruffled your feathers the wrong way..
i have immense respect for u for serving in the military..
but i somehow don't find much logic in your articles..only rants & mud slinging on the other arms..& pointing fingers at defence deals..

& military service for officers constitute their period of service after commisioning..AFAIK only for PBORs the system takes their training period into account as "service period"..

you would do well sir by not maligning IA generals..& take up the cause of other arms & services as well.

It will be fair to include the development cost in the price. Other fighters would have that factored in.
I would assume Tejas would be about 50 million a piece if 200 plus will be manufactured.

we should seriously look for exports for the tejas..at 26 mil it would probably be the cheapest aircrat in the class and would be an ideal replacement for the hundreds of mig 21s and f-5s in service around the world today...had it been ready by 2000 it wold have been a serious competition for the gripen..but it is still nontheless a very capable and economical aircraft

without doing any homework I recall sometime back when the HTT40 or whatever was priced at 40 crores? Even on a weight for weight basis then how can the LCA be 162 crores. One of them figures is not right?

Hi friends you all Indian members talking about your LCA Teja but I am not Indian I am a Pakistani and my question is on critic way not for apny moonh miyan MITHOO, sorry but my question is
a) after huge investment and long time LCA Teja without Indian Engine is an achievement or a failure ?
b) who is the international Buyer for LCA Teja ???
only IAF and Indian Navy ???
under MOD pressure /force to induct LCA in their fleets ??

these are my questions not trolling please correct me if i am wrong. thanks
PakEye