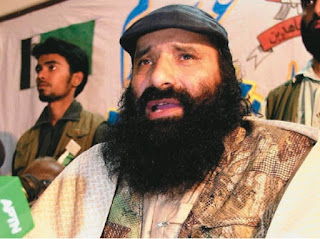 After years of insisting that Kashmiri separatism had no links with global Islamist fundamentalist movements like Al Qaeda and the Islamic State (IS, or Daesh), both Geelani and Salahuddin issued eulogies for Zakir Musa, the Al Qaeda-associated militant, who security forces gunned down in Pulwama, Kashmir on Friday.

For Geelani and Salahuddin, Kashmiri nationalist identity is fundamental to their call for seceding from India, notwithstanding ideological differences over whether Kashmir should become a part of Pakistan or remain independent (azad). In contrast, Musa advocated that Kashmir be absorbed into a global Islamist khalifa (caliphate).

In 2017, Musa quit the Hizb to form the Ansar Gazwat-ul-Hind (AGuH), which Al Qaeda identified as its affiliate in Kashmir. Abandoning Kashmir nationalism, Musa publicly declared: “Kashmir’s war, particularly of the mujahideen, is only to enforce Shariah. It is an Islamic struggle.”

When Musa threatened to behead the Hurriyat leadership in Srinagar’s iconic Lal Chow, the Hurriyat Conference called Musa an India’s intelligence agent. Geelani declared that “Al Qaeda, Daesh or Taliban have no involvement or role in Kashmir.”

Yet, after Musa was gunned down on Friday, Geelani called for a hartal (shutdown), stating: “Whosoever strives for implementation of divine law in his land with his conviction and dedication, are the real heroes of the movement and nation is indebted to hail their precious sacrifices.”

Echoing this new line, Salahuddin issued a statement saying: “Zakir Musa sacrificed his life for the glory of Islam and the freedom of Kashmir.”

Just a week earlier, the Hurriyat and UJC had remained silent when one of Musa’s lieutenants, Ishfaq Ahmad Sofi was killed by security forces in Shopian. The Kashmiri media did not report his affiliation with the AGuH, nor his frenzied funeral, in which thousands of local mourners pulled off the Pakistani flag that covered Sofi’s coffin and replaced it with the Daesh flag. Remarkably, this took place in Sopore, Geelani’s hometown and bastion.

In contrast, Daesh wasted no time owning Sofi and announcing the setting up of the Islamic State of J&K (ISJK), which it referred to as “Wilayah al Hind”.

Last December, masked men climbed atop Srinagar’s iconic Jamia Masjid and posted videos on social media of themselves waving Daesh flags and shouting pro-Daesh slogans. However, the UJC dismissed them as Indian spies.

With both Geelani and Salahuddin known to receive guidance from Pakistan’s Inter-Services Intelligence (ISI) agency, officials in New Delhi are evaluating whether their remarkable turnaround reflects a redirection of ISI’s support, from Kashmiri nationalists to fundamentalist Islamists.

Analysts within Kashmir, however, ascribe Geelani’s and Salahuddin’s praise for Musa to “societal pressure” to acknowledge the contribution of fighters who, while ideologically counterposed to Kashmiri nationalism, were sacrificing their lives for the same cause.

“In Kashmiri minds, all these strands are interwoven. Is it a religious struggle, or is it political? Over the years, leaders like Geelani have issued contradictory statements, so they can be interpreted in different ways. When Al Qaeda chief, Osama bin Laden was killed, Geelani stepped forward to hold funeral prayers for him in absentia,” says Mehmood ur Rashid, a commentator for Greater Kashmir newspaper.

This is born out at the operational level, where fighters from Kashmiri nationalist groups like the Hizb coordinate seemlessly with groups like Zakir Musa’s. With Musa killed, Riyaz Naikoo of the Hizb has become the Valley’s most wanted militant.

Meanwhile, there are mixed signals from Pakistan. On May 18, Islamabad reportedly sealed the offices of all 12 Kashmiri separatist outfits functioning from Pakistani Occupied Kashmir under the UJC. This was apparently under pressure from the Financial Action Task Force (FATF) on terrorist financing.
Posted by Broadsword at 11:47

Desperate people will eventually turn to desperate measures and eventually resort to religious extremism, Kashmir leaders endorsing ISIS is because they are following the people, not the other way around, the Kashmiri people lead this insurgency.
In Kashmir even the educated youth and the intelligentsia now participate in open war with India, a sign the insurgency has entered a dangerous phase. Education in most cases facilitates the turning of the insurgent towards God. People with university education are filling the ranks of Desh just like they did in Iraq and Syria.
Short sighted policies on Kashmir have created conditions in which the suicide bomber and the bomb maker now flourish.
The Kashmiri youth grown up under the jackboot of the Indian state, have lost their fear of death. Desh reinforces in them a compelling death wish, in Jihad heaven awaits.
ISIS will eventually spread like a virus to the oppressed Indian Muslims in other states, who watch with seething anger at what’s app videos of lynchings, their pride hurt, a proud people marginalised and humiliated, and as it spreads to the educated Muslim in India a deadly insurgency waits to be born.
A political solution must be found AFSPA must be removed, brute force is not the solution -
Its important that India takes cognisance of the report by the United Nations on human rights in Kashmir and allow for the immediate visit of the UN Special Rapporteur into the valley, the report makes shameful reading. It’s time all good men voice their opinion and come to the aid of a secular India under threat.

Stop giving these guys publicity. I do hope you are Indian, be proud of the uniform you once wore.