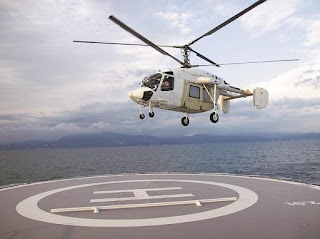 The Russian navalised Kamov-226T, one of the helicopters on offer to the Indian Navy

The Ministry of Defence (MoD) on Tuesday kicked off the procurement of 111 Naval Utility Helicopters (NUH) for the Indian Navy. This acquisition, estimated to be worth Rs 21,738 crore, is the first one being processed under the new Strategic Partner (SP) procurement model.

The SP model envisages the indigenous manufacture of major defence platforms by an Indian company, which will collaborate with a foreign OEM (original equipment manufacturer) to acquire niche technologies and set up production facilities in India.

With the MoD having green-lighted this acquisition on August 25, an Expression of Interest (EoI) was issued today, inviting potential Indian SPs and foreign OEMs to submit collaborative proposals to build the NUH in India.

The first 16 helicopters can be delivered from the OEM’s overseas production facility, but at least 95 helicopters out of 111 must be manufactured in India by the selected SP. An ambitious level of 60 per cent indigenisation is being aimed at in the NUH project.

The Indian companies aspiring to be SPs have been given two months to respond to the EoI. The MoD expects Tata Advanced Systems Ltd, Mahindra Defence, Adani Defence, Larsen & Toubro, Bharat Forge and Reliance Infrastructure to participate in the process.

“The Indian companies would be shortlisted based on their capability of system of system integration, facility in the aerospace domain and financial capability,” announced the MoD today.

The foreign OEMs have been given three months to respond to the EoI. The MoD says the foreign OEMs likely to participate in the project are Lockheed Martin, Airbus Helicopters, Bell Helicopters and Russian export agency, Rosoboronexport.

The RFP for procurement is likely to be issued towards the end of third quarter of this year to the shortlisted Indian companies.

The NUH is intended to replace the navy’s vintage fleet of French-origin Chetak helicopters in carrying out tasks like search and rescue (SAR), casualty evacuation (CASEVAC), ferrying passengers from ships and low intensity maritime operations (LIMO) such as dropping torpedoes.

The basic SP policy framework is a part of the Defence Procurement Procedure of 2016 (DPP-2016). However, equipment-specific selection criteria need to be separately drawn up for each of the four weapon categories the SP policy covers – fighter aircraft, helicopters, submarines and armoured vehicles.

Last July, the MoD had promulgated the “implementation guidelines” for choosing an SP in the helicopter category, clearing the way for this procurement.
Posted by Broadsword at 09:38

The IAF also requires 200 LUH. The MOD should look to club these requirements and order 1 helicopter type for both requirements. 200 Air Force variants and 111 Naval Variants of the same helicopter. An SP building the majority of these helicopter will help build up local aerospace capabilities.

Where are these implementation guidelines? I haven't been able to find them online!

Take it, and then ask for more. The shortage is over 200 fighters and the Mig-29 is a relatively cheaper, capable and well-known(to the IAF) plane. Russia has hundreds of these in storage. Same for the Mig-31. But the IAF won't take that.

A navalized variant of the Kamov 226T is shown in the image which can definitely be used as a NUH. NUH is not required for anti sub operations, the NMRH is.

Clubbing this with the 200 LUH order for the IAF makes complete sense. Of course a different variant for the IAF but the same helicopter. The navy has another helicopter requirement for 123 NMRH. This is where the SP model should be bought in. The private sector should build the 123 NMRH.

I am not quite sure why the government asked HAL to build the Ka 226T when it already has an analogous LUH that they are developing internally. The entire Kamov helicopter production should have been given to the private sector.

This program is a problem if anyone apart from Rosoboronexport wins as there will be 3 different LUH solutions in the country. Its a waste of resources.

The navy has done well in almost all aspects apart from helicopter assets. They keep inducting big expensive capital warships but have left them vulnerable to submarines as they don't have anti-submarine capable helicopters. The navy should focus on the NMRH more than the NUH for the time being as the NMRH will get them anti sub capabilities.