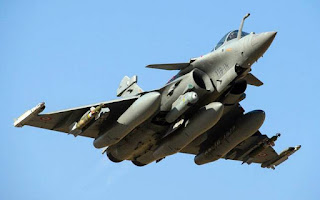 Govt is duty-bound to account for public funds. It’s time for the prime minister to explain the Rafale deal.

As more and more details on the controversial Rafale aircraft deal become public, the government’s continued silence on the purchase of 36 fighter aircraft from France in September 2016 is baffling. Most recently, a three-part series in this newspaper has drawn extensively from the aborted 2007 tender (Request for Proposals, or RFP) for 126 Rafale fighters to show how all the four issues which the government claimed as new in the 2016 deal was already there earlier. For example, the government has argued that India-specific enhancements have raised the Rafale’s price. But the 2007 RFP contains all of these elements. Also, contrary to the government’s argument, the RFP stipulates the supply of weapons, along with the first 18 aircraft. The same is true for other issues such as technology transfer and spares and logistical guarantees. The government must now explain why the per-aircraft price that India agreed to in 2016 was significantly higher than the price that French vendor, Dassault, quoted in response to the 2007 tender, even though the terms, conditions, and aircraft configuration in the 36-Rafale deal in 2016 were almost identical to the 2007 RFP. Explanation is also needed for the defence ministry’s sudden decision to quietly change government oversight of offsets that absolved it from its function of pre-vetting and clearing offsets.

Prime Minister Narendra Modi must also explain how the decision was arrived at to reduce the number of Rafale fighters being procured from 126 (six squadrons) to merely 36 fighters (two squadrons). On the one hand, Defence Minister Nirmala Sitharaman and Finance Minister Arun Jaitley have justified the hurried nature of this deal by citing an urgent need to make up the IAF’s fighter shortfalls. On the other, no rationale has been offered for reducing the number of Rafales to one-third. The defence procurement procedure (DPP) requires every arms procurement contract to begin with the user service (in this case, the IAF) specifying the numbers and capabilities it requires. That process was quite clearly abandoned in the inexplicable hurry to conclude this deal. Among those left out of the process was the IAF, in whose name these decisions were being taken.

A look at the 2007 RFP also reveals that India lost out badly in replacing a contract that involved building most of the fighters in the country for one that involved building them abroad. The former arrangement catered not just for maintenance, repair and overhaul of the Rafale during its 40-year service life, but also for the cost of transferring a host of specified technologies, setting up a manufacturing line in India, and developing a chain of vendors that would have galvanised domestic defence aerospace manufacturers. The 126-Rafale deal even included the cost of operating the six Rafale squadrons for their entire service lives. So far, the BJP has fielded party spokespersons and government ministers to answer the many questions swirling around the Rafale. However, these functionaries, howsoever able, were simply not part of the decision that was taken in the prime minister’s office in April 2015 to announce the Rafale purchase in Paris. Like in all democracies, the government is duty-bound to account for the expenditure of public funds. It’s time for the prime minister to explain the Rafale deal.
Posted by Broadsword at 07:06

You should list out the items in detail that were requested in the 2007 deal and the one in 2015 since you claim to know that. Can you give a comparison table something like below for UPA regime and NDA regime deals:

Also, since you are claiming the price is lot higher, you definitely know all the price details. So please share with your readers the source as well.

TRANSFER OF TECHNOLOGY WAS IMPORTANT

The truth is, no one will transfer any meaningful technology, and HAL at best is a glorified assembler of aircraft from kits supplied from the OEMs at highly inflated price. It has not developed nor absorbed any technology that can be applied to build any indigenous fighter.

Ajay, why do you keep harping on falsehoods again and again about the full package in the 2007 deal ? The tender was for the aircraft only. That is how the deal was structured. The India specific enhancements were never a part of that deal. Cold Start, Meteor& Scalp missiles were not available in 2007. 75% Serviceability, nuclear capable and ground infra also were not a part of the original deal.The forex rate was Rs 39 to a US Dollar in 2007 and Rs 68 in 2016. Also the price escalation for 9 years. All these have to be factored in when any comparision is to be made.. Also why did UPA walk away from the deal - one reason was the lack of money as the costs had balooned to over USD 27 Billions.

Present cost in 2016 was USD 8.9 Bn for 36 jets. Therefore 126 jets would have cost USD 31.15 BN. With all the enhancements mentioned above it was a better deal. Yet you keep harping with vague statements like the same enhancements were available etc which is blatently false. Please do not erode your credibility with these canards. We place a lot of trust in you and when we read these falsehoods that trust reduces into a deficit.