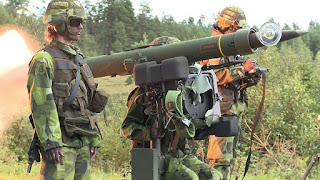 Saab, which fielded the RBS-70 NG in the VSHORADS contest has protested the selection of the Russian Igla-S

With Swedish arms giant, Saab, shooting off four protest letters to the ministry of defence (MoD) over its handling of the tender for the “very short range air defence system” (VSHORADS), the difficulties in conducting competitive, multi-vendor procurement have again been underlined.

On Monday, the ministry of defence (MoD) announced the results of an eight-year-old tender for anti-aircraft missiles, informing all three competing vendors that it had selected Russia’s Igla-S missile for the army, navy and Indian Air Force (IAF).

On the face of it, the Igla-S seemed a clear winner in the VSHORADS tender. Russia’s export agency, Rosoboronexport (ROE) bid $1.5 billion for 5,175 missiles and 800 launchers – well below the “benchmark price” of $2 billion, which is the MoD’s internal assessment of what should be a fair bid. Sweden’s Saab had bid $2.6 billion, while French firm, MBDA, quoted $3.7 billion.

In summer trials conducted in 2012 in the blazing Rajasthan deserts, the Igla-S scored just one hit out of four missiles fired, say Saab and MBDA. In navy trials conducted in the Bay of Bengal that year, the Igla-S fired two missiles, out of which only one struck the target. That total of two hits out of six was well below the minimum required accuracy of four hits out of six.

“Accordingly, ROE has not fulfilled the performance in accordance with the Indian armed forces stated requirements…” says the Saab complaint.

Saab writes that, from May 2014 onwards, the trial methodology was changed to benefit ROE. Instead of requiring to shoot down a target with a missile, it was enough for a missile pilot to successfully track the target from his control panel.

In contrast, Saab’s RBS-70 and MBDA’s Mistral systems are both learned to have met the firing requirements, scoring above four hits out of six.

VSHORADS are the soldier’s last line of defence against enemy combat aircraft. At the highest level, the IAF is responsible for air defence. It discharges this role by bombing enemy airfields to destroy combat aircraft on the ground and damage runways so that they cannot take off. IAF radars pick up enemy aircraft entering our airspace and then shoot those down with its fighters and long-and-medium-range ground-to-air missiles. Yet some enemy aircraft could get through, and VSHORADS provides ground troops and warships a weapon of last resort.

Saab has also complained that the Igla-S failed to even turn up for summer trials on July 28, 2014. DPP-2008 stipulates automatic and immediate disqualification for a vendor that absents himself from a trial. But ROE was allowed to continue.

A trial team member says it was always going to be difficult for the Igla-S to meet the qualifying standards. That is because it has an infrared homing seeker, which locks onto a heat source and guides the missile there. In desert summers, the high ambient temperature of the sand confuses infrared seekers, diverting missiles into the ground.

The RBS-70 and Mistral missiles do not have infrared seekers. Instead, the missile operator shoots a laser beam at the target and a “beam riding” missile follows the laser beam. Standard decoys like flares and chaff can lure away an infrared seeker missile, but not a laser beam-riding one.

The Igla-S system, say army air defence experts, has been junked by even the Russian army, which has switched over to the 9K333 Verba. This is a fourth-generation missile that is the equal of the RBS-70 and the Mistral.

However, ROE did not offer the Verba, which was some way from completion when the MoD floated the current tender in 2010. According to one report, ROE requested permission to switch from the Igla-S to the Verba, but was told this was not permitted by the DPP.

Contacted for comments, ROE declined to comment on the VSHORADS tender but noted that the Igla-S is in high demand amongst customers around the globe.

The MoD has replied to two of Saab’s four letters, declaring that everything had been done according to procedure. On October 24, the ministry wrote the “case has progressed as per provisions of Defence Procurement Procedure with level playing field to all the participating vendors.”

The defence ministry did not respond to a request for comments.
Posted by Broadsword at 14:03

It only happens in INDIA and with Indian procurement policies and politicians...

Reopen the RFP which is almost 8 years old...
Reopen competitive trials as the old trials are 6 years old..

Redo trials with 24 missiles in various conditions as the contract exceeds $1.5 billions...
Get full TOT with possible future collaboration commitment from the three competitors...

No need to buy substandard when forking out hard cash for these defense articles...

may be they want to save 1-2 B$ with the view that main threat is in himalyan region, where it is going to work. Hot areas will be taken care by mounted air defence system