IAF chief defends Rafale, but looks for the long-term towards Tejas 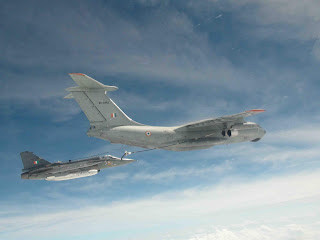 With controversy swirling around the purchase of 36 Rafale fighters from France, the Indian Air Force (IAF) boss, Air Chief Marshal BS Dhanoa underlined on Wednesday the “two front threat” from China and Pakistan to argue that the Rafale is urgently needed.

“Pakistan has over 20 fighter squadrons, with upgraded F-16s and [it is] inducting JF-17s from China in large numbers. China has 1,700 fighters, including 800 fourth generation fighters. But we do not have the numbers, with fighter squadrons down to 31 from sanctioned 42,” said Dhanoa, addressing a seminar in New Delhi.

In this, Dhanoa was ironically on the same side as the opposition. Its main criticism of the government is that it purchased just 36 Rafale fighters (two squadrons), while cancelling an on-going tender for 126 fighters (six squadrons) that would have made up IAF squadron deficiencies to a greater degree.

Besides charging Prime Minister Narendra Modi with unilaterally downsizing the Rafale deal, the opposition is accusing the government of undermining “Make in India” by cancelling a plan to build 108 Rafales in Hindustan Aeronautics Ltd (HAL); and of “crony-capitalism” in allowing Anil Ambani’s Reliance Group to benefit from offset deals arising from the Rafale buy.

Dhanoa sought to explain the cancellation of the 126 Rafale deal by stating that the plan to build 108 of them in India had “reached an impasse due to irresolvable differences between Dassault Aviation and HAL.”

The basis for Dhanoa’s contention remains unclear, given that on March 25, 2015, just 17 days before Modi announced the new deal in Paris, Dassault chief executive officer, Eric Trappier, told the press in Delhi that there was agreement with HAL on sharing responsibilities. Trappier said: “I strongly believe that contract finalisation and signature would come very soon.”

Stating that the government had on several earlier occasions undertaken “emergency purchase” of fighters, he cited the purchase of two MiG-23MF squadrons in 1983 to counter Pakistan’s new F-16s, two squadrons of Mirage 2000s in 1985 and then two squadrons of MiG-29s.

On Tuesday, the opposition had sharply condemned what it sees as the government’s use of servicing officers to defend the Rafale deal. “Totally exposed, the Government is now shooting from the shoulders of the brave men and women in uniform,” stated a joint press statement by Yashwant Sinha, Arun Shourie and Prashant Bhushan.

For the first time, the IAF indicated that retiring MiG-21 and MiG-27 squadrons would be replaced by the Tejas Light Combat Aircraft (LCA), not by medium multi-role combat fighters (MMRCAs) like the Rafale.

That would add up to 18 squadrons of Tejas fighters of all types, making it the IAF’s most numerous aircraft, even more than the 13 squadrons of Sukhoi-30MKI fighters.

The first Tejas squadron, called the “Flying Daggers”, is already being populated with Mark I fighters as they roll off HAL’s production line – albeit far more slowly than planned.

The Tejas Mark I-A is currently under development with five specified improvements over the Mark I. These include an“active electronically scanned array (AESA) radar, an air-to-air missile with “beyond visual range” (BVR) capability, a “self-protection jammer”, air-to-air refuelling capability, and a sophisticated “software defined radio” (SDR). The defence ministry has initiated an order for 83 Mark 1-A fighters.

The Tejas Mark II is planned as a far more capable fighter, with its current General Electric (GE) F-404 engine being replaced by a more powerful GE F-414 engine, and a new generation of avionics developed in India. It will also feature a new-generation data-link – which could be the NATO standard Link 16, which India is now eligible to buy after signing the COMCASA communications security agreement with the US.

Dhanoa made it clear that implementing these capability improvements were a pre-condition for more IAF orders for the Tejas.

The IAF has also initiated the procurement of another 114 medium fighters from the global market, a tender in which the F-16, F/A-18, MiG-35, Rafale, Gripen E and Eurofighter Typhoon are competing. The bulk of those fighters are to be built in India under the Strategic Partner model.
Posted by Broadsword at 08:11

The whole defence scene seems like a circus now. If the BJP is juvenile, the Congress is infantile. The government doesn't dither in using uniformed folks to defend procurement decisions and the opposition thinks this is just another opportunity to tar the government. It looks like a repeat of the so-called "Coffin scam" which torpedoed a possible large scale Mirage deal.
I don't support the Rafale deal since it is a halfway house answer to the depleting fighter aircraft problem. I also don't think there is a scam, not because I trust Modi's integrity but his street smart instincts. With its coffers full, the risk / reward ratio for BJP to try make money out of a defence deal of all things seems not just uninviting but plain stupid. Modi may be many things but stupid he is not.
How one wishes the opposition took up higher defence reforms and root & branch procurement policy overhaul to put the government in the dock. Instead we have the idiotic Congress spokesperson hitting out at the one courageous thing the establishment has done in considering rationalisation of manpower. He then ties it to loss of employment! Does he think the army hires people like MNREGA programs do?
We thought BJP will govern better since they have never been in majority ever and the Congress will oppose better as they have been in power far too long to understand the constraints. A big fail on both counts!

India wasted lot of money on India specific upgrades...It should have just bought what France using and made the numbers to 72 at cheaper rates...
India definitely need another 36 to fight China and Pakistan at the same time..
So go ahead and order another 36 but with some important and real TOT transfers in engine, radar, and avionics areas...a promise to sell Meteors for other fighters would be an asset too...

As for MMRCA 2.0, getting complete and real engine technology, radars, and avionics of F/A-18 would assist all Tejas and AMCA projects forever...
F/A-18 Block III version is being loaded on to USA aircraft carriers and it is a very advanced version and will be able fly from IAC's too...

From the time Indian governments started purchasing major US equipment such as C-130J, C-17 Globmaster, AH-64 Apache attack helicopters, Boeing P-8I Poseidon for Navy and M-777 ultra-light howitzers for Army and now a planned point missile defence system for Delhi etc. it is clear for some time in what direction India is inching towards due to regional pressures from resurgent agressive China and unreliable Pakistan.
As it is not practical (and desirable) to do away with robust Russian equipment and years of Russian support in many critical defence production areas, the Government is treading carefully and ballancing to get best of the both worlds.
I am certain that the real reason behind curtailing purchase of 126 Dassault Rafale is that in the pipeline there is a large purchase and production of US made planes in India. Government is only awaiting results of 2019 elections.

IAF has cleverly demanded more squadrons of MKII when they actually need more of MKI/IA to fill in the gaps. by the time MKII is up and running it will face the usual delays, new requirements and resistance etc and IAF will use this opportunity to go for MMRCA.
but what is the diff between MMRCA and MKII? if both are same class and capability, then why need both. to add to the confusion, we have AMCA. pity that HAL continues to flounder when we need them the most...

Let the defence Secretary also cone clean in rafale deal. Why is he keeping quite ? Looks like he is just a rubber stamp, maybe better to make this position a five star General. The uniformed men will add more value.
I salute the IAF officers for stating the facts and coming out boldly.

My observations based on the fact that every other day for the last few years I look forward for a new article from you.

If you ask me, I have always seen you concerned the way things have gone with Indigenous projects, how the forces seem to look at it and worried that there is no clear policy that makes away with the Union driven PSU's under delivering and while restructuring needed how there should be a level playing filed for the private sector ( not discounting anyone and appreciative how the private sector has build itself without much from the Govt) and that there should a balance between contracts to the private and public sector, focusing on delivery rather than show off.

Even with Rafale various articles from you highlighting how the discussions have gone into a limbo with the vendor not keen on getting HAL to manufacture the aircraft and you know every well the lines you quote are just to project a unfavorable state for the Govt.

So the way I say it over the years it looks like you are that happy Indian who see things heading in the right direction but have some obligation towards the current opposition, as in why didn't the previous Govt, think of this why is it happening in the present Govt.

I understand constructive criticism is necessary, but then when it was done no one listened, when even in part it's showing results you seem to be worried, why are these guys doing it.

My choice of words have been very simple, for my objective here is to just reflect on what I have seen, being appreciative of you and unable to understand, why of all the people I have seen, towing the line of the opposition.Make me sad as many others as I see it, some are explosive some others silent, overall Sad.

You are right on every count. Ajai Shukla has been parroting the opposition propaganda for some time now. Feels strange to him that he is now not happy about things he himself stood for till recently

It is curious that in his statement to press, the IAF chief called Tejas a "medium tech" fighter and Rafale (whose first flight took place 32 years ago) a high tech plane. The statement is a blatant lie but finds no mention in your report. How could you miss it? The IAF chief was simply obeying his masters in the PMO who made him defend the absurd deal. He even cited past sub-optimal purchases of MiG 23 MF, Mirage 2000 and MiG 29 as precedents to justify the purchase of 36 Rafales as if those decisions were very wise ones! For defending his masters like an obedient good boy, he will probably be rewarded with a governorship post retirement which is not far away!

The coffers of BJP are full because Ambani made the payments way before 2014 elections. My theory is that the BJP campaign of 2014 was funded tremendously by the likes of Ambani who expected the govt. to make policy decisions which benefit them. There is no middle man and kickbacks because the deal is directly done by the Ambanis who told the PM what and how they want. The fact that Dassault was initially (2012) keen to partner with Mukesh and not HAL is also interesting. Looking to take over the Telecom business of his brother to launch JIO, Mukesh had throw some other biscuit to Anil. And that biscuit was Reliance Defence. But Anil was wary and did not want to give away his Telecom assets so easily. But when Mukesh got wind that PMO was considering a G2G deal, he convinced Anil of his plan and also pushed Dassault to partner to choose Reliance Defence as a partner. Govt agreed to all this and did not follow due procedure.Thus Mukesh is the real brains behind all this. Just a conspiracy theory angle to be explored.