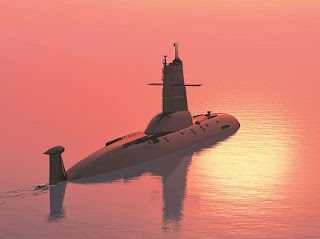 Underlining its capability of building complex warships and delivering them faster than other private shipyards, and even the four defence public sector undertaking (DPSU) yards, Larsen & Toubro Shipbuilding on Tuesday laid the keels of two “new generation offshore patrol vessels” (NG-OPVs) ahead of its contracted schedule.

This is part of an Indian Coast Guard (ICG) order for seven OPVs that L&T won in 2015. It stipulates delivery between 2018-2021, but L&T is determined to deliver all of them early, breaking with defence shipyards’ long tradition of late delivery.

“The first OPV [named ICGS Vikram]… was delivered in April 2018, ahead of schedule. The second OPV, launched in January 2018, is being readied for sea trials and is planned to be delivered ahead of schedule shortly”, said an L&T press release on Tuesday.

Industry analysts say L&T is demonstrating its capability in order to position itself for the coming multi-billion dollar Project 75-I contract to build six new submarines. The defence ministry plans to entrust this to the private sector under the “strategic partner” (SP) programme.

For several years, L&T told the defence ministry it would build the six Project 75-I submarines in its Hazira shipyard, where it built hull sections for the navy’s Arihant-class indigenous nuclear submarines. When the ministry argued that Hazira was too shallow, L&T spent Rs 5,000 crore (Rs 50 billion) on building a spanking new, 900-acre shipyard at Kathupalli, near Chennai, to pursue its warship building ambitions.

“With a long term commitment to the defence sector, we have made huge investments in Kattupalli shipyard and seven other dedicated defence production units to serve the nation,” said L&T chief, SN Subrahmanyan, on Tuesday.

L&T does not face serious competition from India’s 22 other private shipyards, most of which are small shipyards that cannot build large vessels. Just four have the capacity and capability to build warships, but two of those --Bharti and ABG – are insolvent. The other two – L&T and Reliance Defence’s Pipavav shipyard – run at a loss, but are kept afloat by their parent companies’ deep pockets.

L&T, however, intends to challenge this established order. It is building a ICG order for 54 fast interceptor boats. Earlier this month, it delivered the 39thand 40thof these boats, two years ahead of schedule. In March, L&T delivered to the navy India’s first indigenously designed and built “floating dock” which is used for repairing warships and submarines of upto 8,000 tons displacement.

L&T has also received the largest export order received by any Indian Shipyard. The Vietnamese defence ministry has chosen it to design and construct “high speed patrol vessels” for the Vietnam Border Guard.

For designing future warships, L&T has established its own Warship Design Centre at Manapakkam, Chennai.

However, senior L&T executives say that, until they are allowed to compete with DPSU shipyard for building capital warships – corvettes, frigates and destroyers – low-volume orders for smaller vessels would not allow private yards to make profits.

The navy, however, is reluctant to give capital warship orders to private shipyards, which they consider inexperienced. However, Goa Shipyard, which has never built a frigate or destroyer, is being entrusted with an impending Rs 10,000 crore (Rs 100 billion) contract to build two Russian-designed Krivak III frigates.

GOOD information.Keep it up.

The day MoD assigns L&T for a submarine construction project the IN will begin to come out of its current submarine stasis.

Second order of business is to start choosing a partner and same two companies to build advanced submarines equally...
The competition will improve both and will keep them on toes and fingers...

Typical Indian mentality of discouraging any brave attempt. If any of the successful Indians in the USA Today has stayed back- a they would been tormented to let go any ambition. “No risk no reward” mantra does not exist in Indian government psych.