Game on, six vendors in contest to supply IAF with 110 fighters 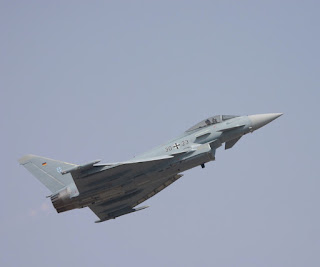 Contract price will be about $10.66 bn for single-engine fighters, to $19.46 billion for twin-engine aircraft

The IAF had put out a detailed, 73-page RFI on April 6, giving “original equipment manufacturers” (OEMs) and “government sponsored export agencies” three months to submit their responses. Friday was the last date.

There are four twin-engine aircraft in the fray: the F/A-18E/F Super Hornet, Block III, Eurofighter Typhoon, MiG-35 and Rafale. Two single-engine fighters have been offered: F-16 Block 70 and Gripen E.

The flyaway cost of single engine fighters is estimated to be between $80-90 million, with the larger, twin-engine fighters likely to be priced at $120-160 million, according to industry analysts. The RFI mandates that 85 per cent of the fighters must be built in India, and each of those would cost at least $20 million more.

The defence ministry will now process the acquisition under the provisions of the Defence Procurement Procedure of 2016 (DPP-2016). The RFI leaves the door open for an Indian private sector firm to co-manufacture the selected fighter in India.

The next stage of procurement will involve scrutinising OEMs’ responses to the RFI to assess the options available. Based on vendors’ responses, the IAF would draw up a short-list of vendors that would receive the IAF’s “request for proposals”, or formal tender, spelling out its precise requirements, the terms and conditions of supply, “Make in India” and offsets.

In response to the RFP, the OEMs will submit two simultaneous bids: First, a technical bid, with details of aircraft performance, terms of supply, technology transfer and “Make in India” proposals. Alongside that, OEMs would submit their commercial bids, which would indicate the cost the IAF would have to pay.

The RFP will indicate whether the commercial bids would be assessed on the basis of the upfront price, or through “life cycle costing” (LCC). The latter involves totting up the total cost of ownership, including the cost of flying and maintaining the fighter through its 3-4 decade-long service life. While LCC better indicates the real price the IAF will pay for a fighter, it is a complex calculation that led to disputes and the eventual abandonment in 2015 of the 2007 RFP for 126 medium, multi-role, combat aircraft (MMRCA). The RFP will indicate whether the IAF follows the same path.

Another question hanging over the current fighter procurement is: with the IAF having rejected variants of four of the contending aircraft – the Super Hornet, F-16, Gripen C/D and MiG-35 – in flight trials carried out between 2009-2011 in the MMRCA tender, are the current contenders improved enough to pass flight trials conducted to the same standards? If not, the IAF would have to lower its performance bar during flight trials, or face the same outcome, in which only the Typhoon and Rafale were found technically eligible.

What the air force wants

The decision will not happen before 2022. So earliest the IAF will get all fighters is 2034.
We will be flying 4th gen jets till 2072.
The maintenance will be rip off.
Best to do now is
1. Buy Tejas. Mk1, mk1a whatever. Order 140 instead of 83. Push, punch , kick HAL to double manufacture rate.
2. Standardize missiles & stand off weapons for the whole fleet. Manufacture all in india.
3.Buy 2-3 squadrons each of MiG-29/35 & Rafale off the shelf.

The procurement system seems to have bonkers.

I read your articles and usually feel ashamed to be an Indian. The same aircraft are competing, and this has been going on for what - 10-yrs? How many more years before the first squadron enters service? 5? Then there will be the usual mess-ups.


How can IAF not specify something as simple as single-engine or two-engine? They're entirely different beasts, and as you've noted, the 2-engined will be twice as expensive.

I am glad you have noted that Make In India will add $20-million per unit. Somehow people think because labor in India is cheaper than in the west, its cheaper to make at home. But our productivity is much lower, and by setting up our own production line we lose the benefits of higher volume.

Its like we're hamsters on a wheel: we keep running (strolling in our case) and remain at the same point.

My suspicion is that GOI is secretly relieved each time the proposal to buy new fighters fails because they really don't want to give the money.

Ultimate solution is to become vassals of China and let them protect us. Then we can reduce our military to 1/3rd, and spend 1% of our GDP on defense. For those readers who don't understand sarcasm, I am being mordant.

I believe Indian government paid too much money for mirage upgrade and rafale deal. I do not know the details but if is coming with conformal fuel tanks and to compensate the T/W ratio if it comes with Kaveri Snecma combo to give 73/ 108 KN engine and if India is getting manufacteringunrestricted license to make the Kaveri snecma combo engine in India then it is worth the price. The conformal tanks would give it extended range and huge load carrying capacity and might come close to supercruise.

I feel the deal must be such that LCA , MCA and AMCA must also get the benefit and would eventually form bulk of the Air Force. We would know what is delivered in September 2019.

This is Lucy and Charlie Brown. Lucy, aka GOI, encourages IAF, aka Charlie Brown to kick the football and always it away at the last second, leaving Charlie brown doing a face-plant on the ground. And Charlie Brown NEVER fails to fall for it when Lucy nicely asks him to kick the ball the next time around.

How is this process different from the previous run around ?

If there is NO difference , then why don't we simply fast forward to opening the Quotations and place the order for more Rafale's at a higher cost ?

In the meantime, Mr Shooklaw being buttered by HAL refuses to focus on why Tejas failed to get FOC for the nth time on 30 June. No word on IJT too, which seems to have vanished from the face of the earth.

And, oh yes, he has done a story on how HAL wants to produce SU-30-MKI at a charity price of 415 crores while again failing to mention that Russia sells it at 330 crores to India.

HAL and ADA messed up big time in delaying FOC. At least Tejas should have fired the gun by now.17 years since first flight.
If they delay, newer technology will be available, agreed technology will face obsolescence & IAF will naturally change. All of us do it .
No wonder IAF has to import fighters.