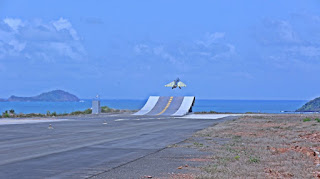 A key reason for crippling delays in indigenous weaponry like the Tejas fighter and Arjun tank has been the military’s tendency to repeatedly enhance specifications, preventing weapons systems from leaving the drawing board and entering production.

This is happening now with the Tejas Mark 1A fighter. It was to enter production in 2020-21 with five specific enhancements. But the Indian Air Force (IAF) has demanded additional features, and the fighter could be entering a time-consuming development spiral that takes another three-to-four years

With this clear map, the ministry sanctioned the building of 83 Tejas Mark 1A fighters last December for an estimated Rs 33,000 crore.

But now, the IAF has added to that wish list. Amongst several additional demands are: “smart multi-function displays” for the cockpit, a “combined interrogator and transponder” to differentiate friendly aircraft from foes, a digital map generator and an improved radio altimeter.

With HAL planning to deliver by mid-2020 the 40 Tejas Mark 1 fighters currently on order, the Mark 1A must enter final assembly by that date. Before that, two years are needed for building the systems and assemblies that come together on the final assembly line.

This schedule requires the IAF to contract for the Tejas Mark 1A by mid-2018. That order is still awaited.

Another question: who will re-design the Tejas’ mission computer. The Aeronautical Development Agency (ADA) – a Defence R&D Organisation entity – designed the current version, but HAL wants to re-design it for the Mark 1A.

“We have extensive experience, having designed mission computers for the Jaguar, Mirage and, more recently, the Hawk-i trainer. Furthermore, we are responsible for the Tejas Mark 1A project and time lines and would not like to be dependent on an external entity”, says Raju.

Worldwide, aircraft designers (ADA, in this case) cede control to the manufacturer (HAL, in this case), who is subsequently responsible for supporting the users (IAF), through spares, overhauls and upgrades during an aircraft’s service life cycle.

With both ADA and HAL keen on re-designing the Tejas’ mission computer, the former argues that it is already developing a more powerful mission computer for the Tejas Mark 2. HAL, however, counters that the Mark 2 will be a decade in the making – ADA is targeting 2025 – while the Mark 1A has much tighter time lines.

HAL officials say they are on track with the original requirements of the Tejas Mark 1A. In December, global tenders were floated for the AESA radar and EW suite. Three companies have responded – Elta of Israel, Saab of Sweden and Thales of France. A winner is likely to be announced soon.

Meanwhile, the Tejas has already been installed with air-to-air refuelling capability, and maintainability improvements are almost completed. In the recently concluded IAF Exercise Gaganshakti, eight Tejas fighters participated with credit, consistently flying six sorties each per day and drawing praise from the air force.
Posted by Broadsword at 11:10

Why doesn't MOD just put its foot down and have air force honor its previous agreed upon specifications?

I support the idea that more you sweat in peacetime less you do in war , I personally feel that these are all essential things and must be incorporated in Tejas MK1A . Call a meeting in a week and decide the work and start working on it. The multifunctional display that was desiegned for AJT weaponised version can be further improved and used , transponder to identify friend and foe is essential when you are targeting a plane at 140 plus km. I strongly believe HAL should take the multifunctional display and improve it on AJT display desiegned for combat AJT. Transponder must be done by ADA along with its agencies. Digital map is essential and must be added. There are many companies that make accurate altimeter and ask ELTA if they can help as that is essential. These are few requirements that come up when the Air Force actually starts using the plane and I am not at all surprised with it. The mission computer has to desiegned a new , more lighter smaller and more performant versions are available and ADA or its sister agencies can built it up quickly. The most difficult part is to have the software ready that takes all the systems and that work is labour intensive and has to be completed in exactly one year. Put all your programmers ask them to put extra hours and get it done. This is crucial phase and has to be done as top priority. In this one year by June 2019 it has to be ready and then run all the tests and certify. It is very difficult job but with dedicated effort it is doable and has to be done. Ask some company to devlop a system of optical data transmission and control , it is worthwhile investment and if made can reduce the weight of those hefty wire bundles by atleast 500 kgs. And make the plane more performant.

I feel instead of taking it as an hidundance or obstacle to the project , take it as a challenge and complete it. Mark my words this plane and AmCA would be game changers and every possible support must be given and decision must be made within a week and start the work at full steam with sole objective of success , it is achievable.

I do not know that Mr. Shukla would publish this but if they achieve the results that is more important for me.

If the HAL cant keep up with the pace of development, obviously its not IAF's fault!
Or are you trying to say that we should keep our wish-list limited to the dismal capabilities of the defunct organisation called HAL???
I reallt thought you were sensible but you put me in doubt now.......

The bureaucrats have decided to kill the Tejas project....rafale and f16 will dominate while Gripen will be side lined by the US gaints

Identification Friend or For, Radio Altimeter and Digital Map Genarator etc are basic elements of any fighter aircraft. You cannot cry that IAF is asking for these in their aircraft. As far as 3-4 yrs for these integrations, seems too long a time period considering that HAL has already done this on other upgrades.

Another excuse by HAL to not meet the committed production plan of LCA. They.wanted a big order, they gog it and now don't want to complete it in time.

Wouldn't worry about additional requirements from IAF. Since the baseline was frozen, the IAF will have to accept Mk1A as agreed. HAL should focus on boosting Production rates. HAL does not have the bandwidth, notwithstanding what they may assert. Period. And therein lies the case for ADA to be made responsible to redesigning mission control software; which will eventually feed into AMCA. If one steamrolls through the turf wars, the decisions seem pretty straight-forward here. Too bad, the RM has to keep on top of what are supposed to be settled matters.


China's fifth-generation Chengdu J-20, its most advanced fighter jet, has recently successfully completed its first maritime combat training. The latest Chinese jet has been in development since 2002 and entered into service in 2017.

A Sukhoi Su-30MKI (NATO reporting name Flanker-C) of the Indian Air Force reportedly managed to detect the latest Chinese Chengdu J-20 jet fighter, which is supposed to be a top-of-the-line stealth aircraft operated by the People's Liberation Army Air Force (PLAAF), reports Indian Defence Research Wing. According to the outlet, when the new Chinese jets where conducting flight training over Tibet, Indian pilots on Russian-made Su-30MKIs managed to detect and track them from Indian airspace.

"The Sukhoi's radar can see them. The new Chinese jets are not so invisible after all. No special technology is required to detect the J-20, as it can be detected by ordinary radar stations," Indian Air Force commander Arup Shaha said.

The Chinese Chengdu J-20 has been in development since 2002 and was made using stealth technology. It was entered into service in March 2017, with nine prototypes and two pre-serial units built so far. The J-20 has recently successfully completed its first maritime training exercises.

This is bad, atleast they should call it Tejas 1B or A2 and start with another 40 Tejas 1A in current form and take up the improvements for the rest, increase a squadron.

I would also argue against just 1 Tejas 1A squadron make it atleast 2 before other changes are taken up, keep the lines active, most other changes should not effect the Lines themselves I believe.

Or the Govt should step in with strict terms for IAF.