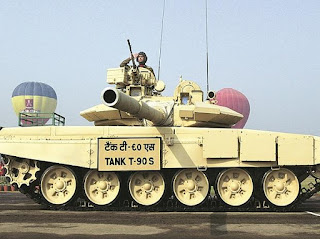 At a meeting organised by Ficci on Monday, the defence ministry will clarify terms and opportunities for private industry to build military ammunition. For private firms, this potentially opens the door just a chink to a lucrative ammunition market that generates recurring orders worth Rs 5,000 crore every year.

The government is bringing in private industry in order to avoid repeating what happened during the Kargil Conflict in 1999, when ammunition stockpiles proved inadequate even for that short-duration, localised conflict. Eventually emergency imports were needed to keep the army’s guns firing.

A year ago, on March 25 and 27, 2017, the government issued Requests for Proposals (RFPs) to Indian private industry for manufacturing eight types of ammunition out of the 82 types the army requires.

That remaining ammunition types remained reserved for the Ordnance Factory Board (OFB), even though its continuing inability to meet the military’s needs recently caused a dangerous shortfall that necessitated emergency import of ammunition worth Rs 20,000 crore (Rs 200 billion).

Two Comptroller and Auditor General (CAG) reports in 2015 and 2017 highlight that only ten per cent of the 170 types of ammunition required by the three services – army, navy and air force – meet the War Wastage Reserve (WWR) requirement, which mandates stockpiling ammunition for 40 days of intense war.

Even going by a diluted requirement called the Minimum Acceptable Risk Level (MARL) – which mandates just half the WWR stockpile – three quarters of the 170 types of ammunition were in short supply.

Yet, in a corrigendum to the RFP issued in December, the defence ministry allowed the OFB and defence public sector undertakings (DPSUs) to bid for the eight tenders that were initially reserved for private industry.

Given the huge assured ammunition orders that the OFB and DPSUs enjoy, private industry worries it would not be competing on a level playing field.

As Defence Minister Nirmala Sitharaman told Parliament in a written reply in January, the army provides “roll-on indents” to the OFB for its ammunition requirements for a five-year period. For the period 2014-19, orders worth Rs 26,475 crore (Rs 264.75 billion) were placed, against which the OFB delivered ammunition worth Rs 12,919 crore (Rs 129.19 billion) till March 2017.

The private industry fears it is running out of time, and hopes to air its concerns to Sitharaman at the Ficci meeting on Monday. Final bids are to be submitted by April 12, and will be opened in the defence ministry the next day.

Industry, including OFB and DPSUs will be bidding to establish manufacturing facilities that will supply the army’s annual requirement for a period of ten years. This includes 500,000 rounds of Zu-23 air defence ammunition yearly, 100,000 rounds per year for artillery guns, and 20,000 armour piercing rounds per year for T-72 and T-90 tanks, amongst other requirements.

Amongst the companies that possess defence licences for ammunition manufacture and that are expected to participate are L&T, Godrej & Boyce, Micron Instruments, Premier Explosives, Solar Industries and others.

Vendors can bid for supplying all eight types of ammunition being tendered, but no vendor can be given a contract to supply more than three varieties. This is expected to bring in a larger number of vendors.

Indian companies that manufacture ammunition with foreign technology are required to absorb the production technology within two years.
Posted by Broadsword at 07:42

thanks to hyper active media questioning the govt's dealings with foreign and pvt players, the present MoD will succumb to the pressure and award piecemeal contracts to pvt players. they can as well openly shut the doors to pvt people and improve the OFB, this way people will accept and move on. there is no point in showing false dreams that there is huge opportunity but no timeline or guideline. and with 1 year left don't have unrealistic expectations....
the new govt will start all over again and expect same findings in the next 10 CAG reports!!