Reuters: US embassy officials to act as “sales force” for defence equipment 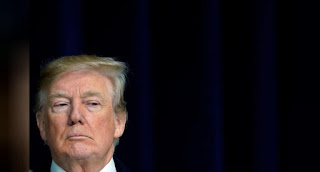 American defence partners like India that Washington likes to woo with access to high-tech weaponry may now find themselves on the same page as lesser partners like Pakistan, to which the US government has tended of late to deny high-end defence equipment.

According to news agency Reuters, President Donald Trump’s administration is finalizing a new strategy for arms sales involving a “whole of government” effort – roping in military and diplomatic personnel posted in US embassies – to push sales of American weaponry in the countries where they are posted.

Reuters says this “key policy change would call for embassy staffers around the world to act essentially as a sales force for defense (sic) contractors, actively advocating on their behalf.”

The new policy could be launched as early as February, senior US officials told Reuters.

Reuters reports the Trump administration will also loosen longstanding export control regimes, to facilitate the sale of defence equipment. Since 1976, the International Trafficking in Arms Regulations (ITAR) has placed tight restrictions on the export of US weaponry, requiring each sale or arms transfer to be carefully reviewed, and the US Congress to be informed of each sale.

The new policy is unlikely to lead to any changes in arms control transfers to countries that Washington views as adversaries, such as China, Russia or Iran. However, it is less clear how the Trump administration would approach arms sales to countries like Pakistan.

Over the last decade, Washington has made it clear it would not provide Pakistan with weaponry of the technology level that it is prepared to provide India, such as the F-16 Block 70. It remains to be seen how, in a more liberal weapons transfer regime, Washington will handle Pakistan’s inevitable insistence that it be provided technology that matches that sold to India.

While US officials worldwide have traditionally adopted a somewhat hands-off approach towards commercial defence sales, there has also been substantial involvement by the Pentagon in contracts concluded under the Foreign Military Sales (FMS) programme. In FMS contracts, such as India’s purchase of the C-130J Super Hercules transport aircraft, New Delhi signed a contract directly with the Pentagon. The Pentagon then negotiated terms with the equipment manufacturer, Lockheed Martin.

While the White House and the Pentagon declined to comment, Reuters quotes an unnamed US State Department official as stating that the new approach “gives our partners a greater capacity to help share the burden of international security, benefits the defense industrial base and will provide more good jobs for American workers.”

This move would be enthusiastically welcomed by US defence firms, who already constitute seven out of the world’s ten largest defence corporations. Currently, exports constitute 15-25 per cent of the turnover of US defence giants like Lockheed Martin and Boeing. Trump’s new push could provide exports with a larger share.
Posted by Broadsword at 21:45

Nothing wrong in this. Atleast no hidden agenda.
The Americans deliver on time , look Hercules and C-17. They have tough rules, but they run through them straight not in circles.
Our MoD needs to move files quicker.
Our Guys need to do the same and buy more local, see this : https://www.ndtv.com/video/news/the-buck-stops-here/cut-hard-cut-deep-arjun-tanks-in-action-476190?video-featured

Why can't we setup a second Tank factory to make 500 Arjuns. Then few hundred 155 mm artillery. Use both technologies to develop wheeled and tracked artillery.