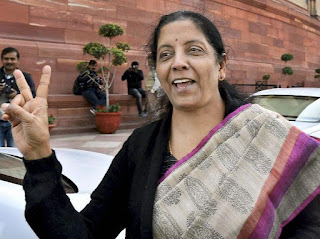 The defence ministry has tabled statements in the Rajya Sabha on Monday, revealing aspects of the Rafale fighter procurement that are only now being confirmed by the government.

Responding to a question from a Member, Defence Minister Nirmala Sitharaman confirmed that the abortive global tender for 126 medium fighters started out as an Indian Air Force (IAF) bid to replace its single-engine light MiG-21 fighters with six squadrons of Mirage-2000 fighters. The Mirage fighters were to be bought from French vendor, Dassault, as a single vendor contract.

“In order to replace the existing MiG-21 aircraft, a case to procure 126 Mirage-2000 aircraft was initiated in the year 2000, which was later converted to procurement of 126 Medium Multi Role Combat Aircraft [MMRCA]”, said a written answer from the defence ministry in the Rajya Sabha today. 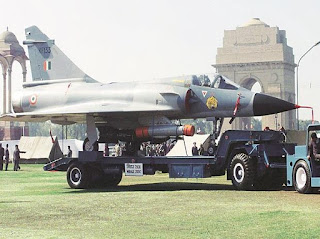 Sitharaman gave no reason for this about turn. However, as this newspaper reported (November 25, “From light fighter to nuclear delivery platform: Long road to Rafale”), the decision was taken by National Democratic Alliance (NDA) defence minister at that time, George Fernandes. Under fire from the Congress and the media after the Tehelka defence corruption exposes, Fernandes was unwilling to invite more charges by entering a single-vendor contract with Dassault.

Secondly, Sitharaman stated in Parliament today: “On completion of Field Evaluation Trials (by the IAF), only two of the six vendors were found to be fully compliant [with the IAF’s performance specifications].” She said these were EADS, which fielded the Eurofighter Typhoon; and Dassault, which offered the Rafale”.

A key question raised over Prime Minister Narendra Modi’s decision to sign an Inter-Governmental Agreement (IGA) with France, presenting Dassault with a single-vendor situation from where it could dictate prices, was: when two vendors were fully compliant on aircraft performance, how did Dassault walk away with the contract uncontested?

Third, the defence minister admitted in Parliament today that the contract negotiations with Dassault for 126 Rafale fighters “had reached an impasse”, leading to a deadlock. Earlier, on November 17, Sitharaman had slammed the United Progressive Alliance (UPA) government for an “act of omission” in failing to conclude the Rafale contract “for an entire decade between 2004-2014”.

Sitharaman’s predecessor, Manohar Parrikar, had earlier referred to this “impasse” with Dassault in veiled terms as a reason for not concluding the MMRCA deal.

Amidst this deadlock, said Sitharaman today, the Rafale had to be bought urgently. “The Government decided to procure 36 Rafale aircraft through Government to Government route to meet the Critical Operational Necessity of the IAF. Accordingly, an Inter-Governmental Agreement was signed on 23rd September, 2016 between the Government of India and [the] French Republic. The process was completed following the laid down procedures”, she stated.
Posted by Broadsword at 06:23

Good decision, both economically and technically, that EF was not purchased. Sounds like the people of two states are ok with how PM Modi runs the country. Colonel, I think you need to move on from beating this dead horse.
Respect..

I don't know the issue. This MMRCA was longest and biggest fighter contest that never materialised. After such an exhaustive specs and evaluation is UPA-2 did not decide, IAF cannot wait for long. So what NDA did was right in signing the IGA deal. The value of original MMRCA is not public, if someone does give a number/outside parliament he/she needs to be hauled up under official secrets act.
So please let us know why did LUH not get decided in the same period ? Why were there a 10 year delay in scorpene ? Why torpedo deals were torpedoed ?
We need a govt that decides , not dithers !

I think the govt is decisive no doubt, but 36 rafale is a horrible decision. They need to take at least adequate no of fighters to make at least 6 squadrons. This they couldn't do as the amount of money would've been 18 billion $. This has resulted in another aircraft which will require a huge logistics and maintenance infrastructure not giving its full tactical potential.

And the silly explanation that its only going to deliver nukes stands to no logic. You don't need to send expensive fighters to do this anymore.... That's why you have missiles and arihant class submarines.

It was a knee jerk reaction... Which has screwed the iaf even more in the long run.

They won't be sad though as the rafale is an expensive state of the art aircraft, which they are getting finally.