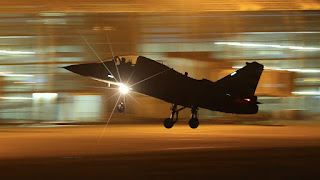 Answering questions from Members of Parliament (MPs) in the Lok Sabha on Wednesday, the government admitted it will not have added even one squadron to the Indian Air Force (IAF) in its five-year term in power.

In an answer tabled in parliament, the defence ministry stated: “IAF will have 32 Fighter Squadrons and 39 Helicopter Units by 2020.”

This means the IAF will have 2-3 fewer squadrons in 2020 than the 34-35 squadrons it fielded in 2014, when the Bharatiya Janata Party (BJP) won the general election and formed the government.

Embarrassingly for the BJP, its 2014 election manifesto had specifically expressed concern about the “loss of squadrons of combat aircraft by the air force” during the United Progressive Alliance term in office, noting that “these are indications of surrendering of India's interest.”

The BJP’s manifesto stated: “This calls for a review and overhauling of the current system.”

The defence ministry was answering a parliamentary question from Anurag Thakur, a BJP MP from Himachal who is the son of Prem Kumar Dhumal, the BJP’s chief ministerial candidate who had to step back after he failed to win his seat.

Another answer revealed that the situation would only get worse by 2025. Answering another question from Biju Janata Dal MP Arka Keshari Deo, the defence ministry stated: “10 Squadrons of Indian Air Force (IAF) equipped with MiG-21 and MiG-27 aircraft are scheduled to retire by 2024 on completion of their Total Technical Life.”

On October 5, IAF chief, Air Chief Marshal BS Dhanoa, had stated that, by 2032 – the end of the 15th Defence Plan – the IAF would reach its authorised strength (of 42 squadrons). Towards that, the current government has concluded the procurement of only two squadrons of Rafale fighters, and progressed procurement of six squadrons of indigenous Tejas Mark 1 and Mark 1A (two and four squadrons respectively).

Over the past 15 years, the steady induction of 11 squadrons of Sukhoi-30MKI fighters had partially compensated for retiring MiG-21, MiG-23, MiG-25 and MiG-27 fighters. But the inflow of Su-30MKIs will end in 2019, when Hindustan Aeronautics Ltd (HAL) is due to deliver the last two squadrons to the IAF.

Besides two Su-30MKI and six Tejas squadrons, two squadrons of Rafales are due for delivery between 2019-2022. However, these would be offset by the retirement of two older Jaguar fighter squadrons in the early 2020s.

In the past, the IAF has twice bought additional Su-30MKIs, and continues regarding that as a convenient option that has the additional advantage of pleasing Moscow and HAL. Alternatively, the government has the option of placing the proposed Indo-Russian “fifth generation fighter aircraft” (FGFA) on the fast track.

Another option that the IAF backs is to order two more squadrons of Rafale fighters. However, with the IAF’s budget already stressed from the two Rafale squadrons already contracted, another two squadrons would require the government to significantly scale up defence allocations.

The more cost-effective alternative with currency within the defence ministry is to progress the procurement of 5-10 squadrons of “single-engine fighters”, for which a “request for information” has already been sent out to global vendors. The favoured contenders are Saab of Sweden, which proposes to build the Gripen E in India; and US major, Lockheed Martin, which wants to transfer its production line to India for building the F-16 Block 70.

As part of this procurement, there are proposals to assist HAL in scaling up Tejas Mark 1A and Mark 2 production, in accordance with “Make in India” objectives.
Posted by Broadsword at 08:36 15 comments: 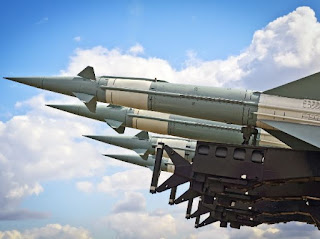 After initially scheduling Defexpo 2018 in Goa on Feb 21-24, ministry is reconsidering dates

Keeping the global arms industry on tenterhooks, India’s defence ministry has not yet announced dates for Defexpo 2018 – the full name of which is 10th Land, Naval & Internal Homeland Security Systems Exhibition – 2018. This is a major event on the calendar of corporations that sell defence equipment to India’s military – the world’s largest importer of weaponry.

The world over, organisers of major defence exhibitions like Defexpo 2018 announce their dates 4-6 months in advance. With just two months to go for February-end, when previous Defexpos were held, the defence ministry remains silent.

Exhibitors say they are already short of time to plan their displays, book exhibition space, ship equipment they will showcase – artillery guns, heavy vehicles, etc – from their home countries to India, plan the travel of VIPs like defence ministers, and book hotel accommodation and transport for the thousands of personnel who are requiired for participating in a defence exposition.

Last month, a top official from the Defence Exhibition Organisation (DEO), which organises Defexpo, informed defence firms that Defexpo 2018 would be held in Goa from February 21-24. But, on December 14, Defence Minister Nirmala Sitharaman, said in New Delhi that it was uncertain if the exposition would be held in February.

Since then, there is no word from the DEO. Contacted over the phone, a DEO official told Business Standard that dates would be intimated “when they are decided”. An email to the defence ministry seeking comments evoked no response.

Business Standard learns the decision is currently up before Sitharaman herself. But there are apparently “pressures” against holding it in Goa, including an army offer to provide the space to hold Defexpo 18 in New Delhi.

“India is trying hard to improve its ranking on the Ease of Doing Business Index. Well, this sort of confusion and delay is exactly the wrong way to go about it”, complains a senior official from one of the world’s five biggest arms majors.

Similar confusion surrounded the last edition, Defexpo 2016, which then defence minister, Manohar shifted it from its traditional venue in New Delhi to his home state, Goa. Parrikar said the shift was taking place because the Pragati Maidan exhibition venue in Delhi was being refurbished. However, there were widespread allegations that Parrikar had done his home state a favour by taking big-spending defence corporations to Goa, effectively extending the tourist season there by a week.

In the event, Parrikar had to overcome heavy opposition from environmental activists in Goa over his written request (revealed through a Right to Information query) to his successor in Panjim, Chief Minister Laxmikant Parsekar, to allocate 150 acres of land along the coast, near Betul village, to create a permanent venue for holding defence expositions.

While Parrikar had his way, Defexpo 2016 was sharply criticised. Pointing out that a defence exposition involved creating an entire eco-system of access roads, exhibition halls, business facilities and service providers, defence journal, Force, noted after the show: “The defence minister himself admitted in his inaugural speech that trade exhibitions the world over take place in metropolitan cities. This is not a coincidence, Mr Minister. They happen in big cities because of their proximity to local industry, government organisations  and infrastructural facilities, none of which exist in Goa.”

However, Parrikar, now back as chief minister of Goa, declared in June that Defexpo 2018 would again be held in Goa.

Defexpo, which is held biennially every even year, is India’s premier land and naval systems show. The biennial Aero India, which is held on odd years, showcases aerospace systems. Defexpo 2018 is expected to attract 400-500 defence companies, including practically every major non-Chinese arms vendor. For now, they are all waiting for the dates.
Posted by Broadsword at 10:52 5 comments: