Trump to press Modi on F-16 fighter contract in Manila 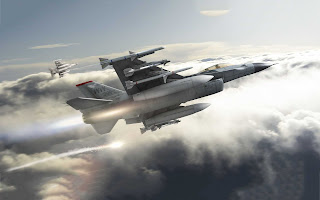 On Monday, when they meet in Manila, President Donald Trump plans to urge Prime Minister Narendra Modi to move quickly on finalising the selection of a single-engine fighter for the Indian Air Force (IAF), say US defence industry sources.

While the Modi-Trump meeting has not yet been announced, India’s foreign ministry said on Friday that it is “in the process of being finalized”. However, Trump’s talking points for the meeting include following up on US Secretary of State Rex Tillerson’s visit to New Delhi last month, when he announced Washington would support transferring F-16 and F/A-18 technology to India.

The US has high stakes in this purchase of 100-200 single-engine fighters that could be worth $15 billion. The frontrunners are: Lockheed Martin’s F-16 Block 70; and Swedish company Saab’s Gripen E. Washington has thrown its weight behind Lockheed Martin’s proposal to shift the F-16 production line (which is closing down due to lack of orders) from Fort Worth, Texas, to India.

The F-16 line will be shifted only if the IAF opts for that fighter. Lockheed Martin says that, after the F-16 line is re-established in India in partnership with Tata Advanced Systems Ltd (TASL), it will be the world’s sole source of F-16 fighters and major spares.

Trump is using his on-going 11-day Asia visit to hard-sell US weaponry to friendly Indo-Pacific nations. In Japan last week, he urged Japanese Prime Minister Shinzo Abe to buy “a lot of military equipment from the United States”.

But while Japan has been a traditional buyer of US weaponry, India’s defence ministry has not yet plumped in favour of a foreign fighter. The IAF is under pressure to buy more indigenous Tejas light combat aircraft (LCA) instead of a more expensive (if more capable) foreign fighter.

As India Today reported on Friday, the defence ministry “asked the IAF to scrap its plans of acquiring single-engine fighters from global [vendors]”. The IAF top brass was asked to explain to the ministry why the Tejas could not do the job instead.

This is unsettling for Lockheed Martin and Saab, both of whom have responded to the IAF’s “request for information” (RFI) issued in October 2016.

However, it is of a pattern for India’s military procurement organisation. A tender that the IAF issued in 2007 for 126 medium multi-role combat aircraft (MMRCA) dragged on for six years, eventually culminating, in September 2016, in the procurement of just 36 Rafale fighters from French vendor, Dassault.

After the collapse of that tender, and with the IAF facing a shortfall of 10 fighter squadrons – it currently has just 32 squadrons against a requirement of 42 – the RFI for the single-engine fighter was issued.

While the previous two US administrations, headed by Presidents George W Bush and Barack Obama, pursued their relationships with India more on the basis of strategic convergence than weapons sales, Trump makes no bones about expecting New Delhi (like Tokyo) to buy American weapons.

Over the last decade, Washington has run up $15-18 billion in defence sales to India, including the C-130J Super Hercules and C-17 Globemaster III transport aircraft, P-8I maritime surveillance aircraft and CH-47F Chinook and AH-64E Apache helicopters. It is now eyeing a second wave of defence sales, worth $18-25 billion, including F-16 and F/A-18E/F Super Hornet fighters, naval helicopters, and the Sea Guardian unmanned aerial vehicle.

Modi and Trump are in the Philippine capital to celebrate the 50th anniversary of the Association of South East Asian Nations (Asean).

On Monday, Trump will be marking the 40th anniversary of US-Asean relations, and meeting world leaders, probably including Modi, on the side-lines.
Posted by Broadsword at 17:09

What did we gain by cancelling the 126 fighter tender. Instead we booked 36 rafales at a very high cost.

I think IAF should finalise Boeing Pegasus tanker first like Japan..We need to replace IL78MKI tankers ASAP as they have become duds instead of being force multipliers

The biggest spender of money on defense United States government has clearly stated to its military that there is no endless money and F 35 numbers would be curtailed and F18 would be upgraded to achieve a performance as close to fifth generation plane. Look at that option and try to get GE 414 EPE engine and try to manufacture that in India. Fit that engine in tejas MK 2 and increase the fuel capacity to internal fuel of 6 thousand liters. All the paid critics and lobbyist who are writing articles against tejas would be shut once for all. Tejas Mark 2 at30 million a piece would have better performance on every aspect that upgraded mirage for which Air Force asked and government paid more than 45 millions a piece and tejas MK 2 with its performance on EPE engine would beat it hands down. Any nonsense , I am saying as mirage avionics upgrade is not AESA radar is easily accepted by the forces. Pilutus would be accepted and HTT 40 would not be accepted .iJT is rejected all together. There is no armed version of Pilutus. Any Russian plane is accepted. All tanks and guns also included have different set of rules when they select indegenious products. Like tejas has developed subassembly suppliers network , why can't they ask GE to manufacture EPE engines and ask ELTA to selecta partner and mass produce radars in India. I am curious how well jaguar AESA radar is performing , if we'll create a suppliers chain and start fitting avionics upfront a the front end suppliers site so that when it comes to the fabrication rig of HAL it is almost ready and they can cut short the manufacting time signicantly and bump up the production.

The IAF is displaying an unhealthy obsession with squadron strength of its 'manned' aircraft and therefore a perilous disregard for the emerging UCAV tech and its possibilities. Since the IAF top brass is unwilling to demonstrate its ability to visualise and then prepare for the future; I wish the MoD carve out a separate strategic air arm for UCAVs outside the IAF and allocate to it the entire proposed units of UCAVs to be procured from General Atomics; as and when the deal materialises. Maybe we might get a 'more professional' service that is truly wedded to national security interests v/s the glamour of flying.

Never depend upon foreign countries for weapons. Develop indigenous platforms and encourage Indian industry to manufacture the required weapons. It creates lot of jobs and create knowledge base for future research.