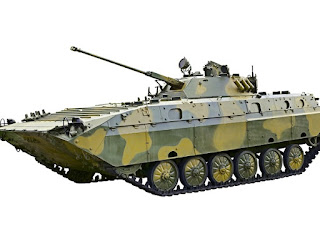 On Saturday, the defence ministry ignored its own acquisition rules and policies by awarding the public sector Ordnance Factory Board (OFB) and Bharat Electronics Ltd (BEL) a contract for upgrading 693 BMP-2 infantry combat vehicles (ICVs) on a “single-vendor basis”, casting aside competitive tendering.

“The ministry approved the upgrade and modernization of armoured fighting vehicles in the “Buy Indian (Indian designed, developed and manufactured)” category, at a cost of Rs 2,400 crore”, said authoritative defence ministry sources after a meeting of the apex Defence Acquisition Council. He confirmed the upgrade would be carried out in Ordnance Factory, Medak, in Telangana.

In awarding the contract to the OFB-BEL combine, the ministry ignored multiple private sector requests for competitive tendering, which would allow private firms to continue their work in developing thermal imagers and integrated fire control systems for the army’s BMP-2 s.

Further violating procurement rules, the OFB-BEL fire control system has been accepted based only on a “performance demonstration” of the BMP-2’s gun. No user trials have been carried out by the army; nor has the BMP-2’s missile firing been demonstrated. No “quality assurance” trials, maintainability trials, electro-magnetic interference trials – all essential under procurement rules – have been conducted.

Ironically, the private sector has developed sophisticated capabilities in these systems. Bengaluru-based, Alpha Design Technologies, has upgraded the night fighting capabilities of 969 BMP-2s, fitting them with a “thermal imaging stand-alone kit”. Alpha is currently discharging another contract to fit integrated “thermal imaging fire control systems” in 1,000 of the army’s T-72 tanks.

Business Standard understands that Alpha has charged about Rs 2 crore to upgrade each armoured vehicle. Now, without competitive bidding for price discovery, OFB-BEL will be paid almost Rs 3 crore per BMP-2.

Yet, in upgrading the current batch of 693 BMP-2s (the army has a total of 2,750 BMP-2s), the ministry has chosen to ignore Alpha, and with it the entire private sector. In violation of the military’s rulebook for capital acquisitions – the Defence Procurement Procedure (DPP) – the ministry decided that, instead of time-consuming tendering involving multiple vendors, they would make a quick, “single-vendor” procurement from the public sector.

On June 12, Ficci wrote personally to Defence Minister Arun Jaitley, pointing out the private sector had made a presentation to the ministry on May 29, highlighting their capabilities and asking for 3-6 months to present their solutions for trials. They also requested for operational BMPs on which they could develop their integrated fire control systems.

“For reasons unknown to industry, the user expressed reservations to provide operational BMPs… citing that there are no policy enablers to loan a BMP…”, the Ficci letter notes.

The letter says the army cited “urgency of upgrade” to argue that “evaluation of industry solution would not be possible within required timelines”, and that “nomination of the OFB is the only way the upgrade can be recommended”. Yet, since 2006, the ministry had issued ten enquiries and two tenders for BMP-2 upgrades, all of them citing “Urgent Operational Requirements”, but none were converted into an opportunity for industry.

Ficci’s letter suggests the ministry could shortlist 3-4 major private industries with good track records, which could be loaned a BMP-2 each, on which they could develop their solutions in 3-6 months. Meanwhile, to avoid delay, the ministry could process the time-consuming paperwork connected with the procurement.

The Union cabinet is required to endorse the DAC decision. That will be the last opportunity for the private sector to continue its work in this technology realm.
Posted by Broadsword at 09:13

So now we know why only a politician will be defence minister. We still need to make him answerable.

The question is here in Eco systems and deep knowledge of thus topic. In the west companies like Boeing, rolls Royce are able to draw upon almost a hundred years of experience to develop next generation of machines, they still seem to struggle. Look at the F-35 & F-22.
Even F-16 had its technology studies with delta wing versions much after production started.

This needs to imbibed in Indian companies and will take time.
There is nothing preventing OFB to use the same components as before in the current modernisation stage.
It is also important to ensure all vendors are loaded since volumes are low. (Something US also does to keep vendors "alive")

So if previous upgrade was done by pvt sector, they now need to provide product support for the next 2 decades. They cam also invest money in showing more improvements can be done e.g add better encryption in communication at lower cost.
This is the true test for private companies.

Cant they lodge a complaint and take the DoD to court???

In an award of business to public sector?

It seems that there is a deep overhaul of these BMP-II, including fitment of new turret with 30 mm gun. This is not possible without support from the Russian OEM. OFB, Medak has tied up with this Russian OEM to provide same.

No "conspiracy" here, only limited knowledge of facts