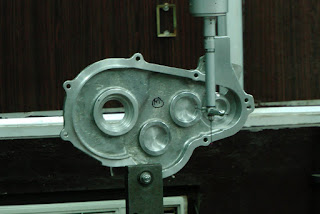 Defence Minister Arun Jaitley is looking to solve a problem that thwarted his predecessor, Manohar Parrikar, throughout his 28 months in office.

On Monday, the defence ministry’s apex procurement body, the Defence Acquisition Council (DAC), chaired by Jaitley himself, will try to arrive at an acceptable way of nominating “strategic partners” (SPs) --- private companies, nominated by the defence ministry as chosen production agencies for defence equipment.

Private defence industry and companies hoping to enter this risky field are watching carefully to see whether the SP policy will corner defence production for a handful of big players, or leave space for others to share the profits.

The SP policy aims to boost Prime Minister Narendra Modi’s “Make in India” thrust by harnessing private industry to galvanize defence production and create manufacturing jobs. Pushing through the SP policy would fetch Jaitley kudos from Modi, and set him above Parrikar who failed to do so.

Under Parrikar, the ministry published its Defence Procurement Policy of 2016 (DPP-2016) with a blank space where Chapter VI --- the SP policy --- was meant to be.

However, persons who have briefed Jaitley on the challenges of the SP policy say he has, much like his senior bureaucrats, reservations over allowing private firms to benefit from being “nominated” for a defence contract, without competitive selection.

Jaitley’s challenge in Monday’s DAC meeting, say sources familiar with the internal discussions on the SP policy, will be to introduce an element of competition into the nomination of private companies as SPs.

The thought process on SPs traces its roots back to the Kelkar Committee, which, in 2005-06, suggested nominating a set of financially deep-pocketed, technologically capable private sector firms who would be titled Raksha Udyog Ratnas (RuRs). These RuRs could bid, on equal terms with the privileged defence public sector undertakings (DPSUs), for developing and building defence platforms for the military.

The RuR policy, however, was stillborn. Then defence minister, AK Antony, buckled under the pressure of DPSU unions who feared job losses as robust private sector firms muscled onto their turf.

But as Parrikar tried to push an SP policy through the ministry, it predictably stalled on renewed opposition from DPSUs, backed by Parrikar’s own department that oversaw the DPSUs --- the Department of Defence Production (DDP).

Additionally, bureaucrats in the Department of Defence (Finance), who like to assume a regulatory role, were apprehensive about the possibility of future allegations of bias in nominating SPs.

Opposition also came from medium, small and micro enterprises, who argued that only they would facilitate high-technology indigenization, not the large private firms with manufacturing capability but no high-technology expertise.

These smaller companies were left out of SP contention by the Aatre Committee’s recommended eligibility criterion of at least Rs 4,000 crore in annual turnover.

There is broad pessimism about Jaitley being able to cut through this Gordian knot at the DAC on Monday. However, insiders believe he will try to introduce an element of competition in the nomination of SPs, which would enable price discovery and avoid allegations of arbitrariness and bias.

The solution being pushed, say ministry sources, is to appoint select firms along the lines of RuRs, who will be eligible not just for one field, like aircraft or submarines, but for multiple fields. With at least two chosen SPs competing with each other for each MoD contract, the competitive element would have been retained in the policy.

Says a ministry insider: “I don’t expect the new defence minister to make hasty decisions within a month of taking over, but there is strong pressure from the Prime Minister’s Office. The 2019 elections are just two years away. The PMO wants to get going."
Posted by Broadsword at 06:37

In this day and age of internet speed, our policy making proceeds at glacial pace no matter how much a reform minded minister pushes through! We haven't been able to formulate a policy on this for the last decade!!!. Truly boggles the mind and yet we wax eloquent about 'strategy' and such like while our adversaries move ahead with speed (for e.g., China's impressive naval vessel construction speed).

If we lose additional territory to China in the near future we would all hang our heads in shame at the deleterious impact of our dilly dallying in taking a firm and quick decision.