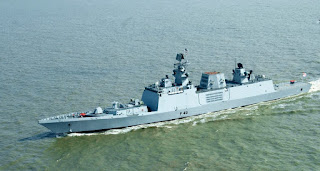 Indian official: "Is this a strategic partnership? We have enemies who do us less harm"

As Prime Minister Narendra Modi travels to Washington, the discussion agenda with President Barack Obama includes the widest ever range of issues ever discussed between India and the United States.

In January 2015, during Obama’s visit to India, the two leaders elevated their “strategic dialogue” to a “strategic and commercial dialogue”, recognising the centrality of trade and commerce in the relationship. They also announced the “Delhi Declaration of Friendship”, a strategic framework that built on the “Vision Statement” announced during Modi’s previous visit to the US in September 2014.

Both countries agree that the defence relationship must be the locomotive that powers the strategic partnership. To that end, in 2015, the two sides signed the “Framework for the U.S.-India Defense Relationship”, a set of principles to guide and expand the bilateral defence and strategic partnership over the next decade.

Yet, beyond the signature ceremonies and banquet speeches, Washington and New Delhi are still feeling their way through a complex and evolving relationship.

Despite their common outlook on fundamental issues of identity, with both being liberal, free market democracies, there is lesser congruence in their strategic viewpoints.

Focused on the challenge posed by a rising China, Washington sees New Delhi as a natural ally, given the unresolved and frequently contentious Sino-Indian border and China’s undisguised support to India’s bête noir, Pakistan.

Adding to India’s charms is a large military, including a capable navy that exercises sway across the northern Indian Ocean. Small wonder then that when President Obama’s administration announced a “rebalance to the Asia-Pacific region” in 2011, India was specifically named as a partner.

New Delhi holds Washington partly responsible for Pakistan’s nuclear weapons capability, given that the Central Intelligence Agency turned a blind eye to Pakistan’s flouting of non-proliferation norms through the 1980s.

Nor is Pakistan-related resentment only historical. To New Delhi’s mystification, Washington still panders to Islamabad on Afghanistan, despite Pakistani support to the Taliban that killed and maimed thousands of Americans in Afghanistan.

In the hope that Pakistan would force the Taliban to the dialogue table, Washington has included it in the Quadrilateral Coordination Group, while India remains cut out of a significant role in Afghanistan even after providing $2 billion worth of humanitarian aid to that country.

New Delhi notes that the US supports Pakistan’s growing economic relationship with China, even though that brings together India’s two biggest adversaries.

Indians also bitterly resent Washington’s acceptance of India-focused terrorist groups operating out of Pakistan, even while insisting that Islamabad reins in jihadis operating along the Afghanistan border.

Finally, New Delhi seethes at continuing US financial and military aid to Pakistan, such as the recent sale of eight Block 50/52 F-16 fighters for “counter terrorist operations”.

So furious was New Delhi at Washington’s announcement of this sale, a week after Pakistan-based jihadists attacked India’s Pathankot air base, that India scrapped the inking of a major agreement ---  the Logistics Exchange Memorandum of Agreement --- during Defense Secretary Ashton Carter’s visit to India in April. That and another “foundational agreement”, the Communications and Information Security Memorandum of Agreement, which have been agreed to in principle, remain on ice.

Scoffs a top Indian official sardonically: “Is this a strategic partnership? We have enemies who do us less harm.”

Another official says the recent refusal of US lawmakers to sanction aid to Pakistan for buying F-16s suggests “the US Congress is more in sync with New Delhi’s feelings than the US administration.”

Despite this divergence to the west, there is US-India convergence to the east, where New Delhi and Washington share a common strategic interest in dealing with the emergence of an increasingly belligerent China.

India regards its naval dominance of the Indian Ocean as a strategic hedge against any misadventure undertaken by Beijing on the Himalayan border.

India’s peninsular geography and the proximity of its naval bases to commercial shipping lanes in the Indian Ocean would allow it to interdict China’s commercial shipping in the event of hostilities; compensating for China’s logistical and communications advantages on the land frontier.

Washington, which wants a friendly India dominating the Indian Ocean, has talked up the Indian Navy as a “net security provider” and offered help in strengthening India’s navy. New Delhi has already inducted sophisticated American equipment like P-8I Poseidon maritime reconnaissance aircraft, and is eager to obtain US assistance in building its next aircraft carrier.

This, and the establishment of common operating procedures in sophisticated joint exercises like the annual US-India-Japan Malabar series, could open the doors to linked American systems, like the F/A-18E/F naval fighter; and sub-systems like jet engines and aircraft launch and recovery systems. This would be a key subject of discussion during Prime Minister Modi’s visit.

Although eager to dominate the Indian Ocean, New Delhi is taking care not to get dragged into any Great Power confrontation in the South and East China Seas. In March, after the US Pacific Command (USPACOM) chief, Admiral Harry Harris, looked forward starry-eyed to the day when “American and Indian Navy vessels steaming together will become a common and welcome sight throughout Indo-Asia-Pacific waters”, India’s defence minister swiftly and unambiguously rejected the notion of joint patrolling.

Yet, New Delhi supports freedom of navigation through the South and East China Seas, since a large chunk of India’s trade flows through these waters. During Modi’s state visit to the US in September 2014, the two leaders agreed “to hold regular consultations on the Indian Ocean region”, and affirmed the importance of “ensuring freedom of navigation and over flight throughout the region, especially in the South China Sea”.
Posted by Broadsword at 01:42