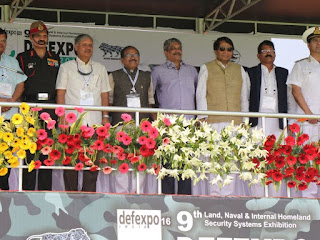 On Monday, the Defence Procurement Procedure of 2016 (DPP-2016) was finally released, except for a still-disputed chapter on choosing “strategic partners” from the private sector, which would be granted monopolies for manufacturing complex weapons platforms like ships, aircraft and tanks. These monopolies would be identical to those that defence public sector undertakings (DPSUs) have long enjoyed. Clearly, now, a private sector monopoly is superior to a public sector one.

This ill-conceived notion of private sector “strategic partners” originates from the Dhirendra Singh Committee, which the National Democratic Alliance government constituted in 2014 to shoehorn Prime Minister Narendra Modi’s “Make in India” slogan into a new DPP. The Dhirendra Singh Committee, consisting of defence ministry mastodons, past and present, chose not to throw open the doors to competition, opting instead for governmental discretion, ignoring the lessons of the spectrum and coal allocation fiascos where market forces were abandoned in favour of the government’s discretionary largesse. In the self-procreating manner of government committees, this led to another committee --- designated a Task Force, under former Defence R&D Organisation (DRDO) chief, VK Aatre --- to specify the criteria for selecting private sector companies as “strategic partners” in six technology areas: aircraft/helicopters, warships/submarines, armoured vehicles, missiles, command & control systems, and critical materials. While the Aatre Task Force recommendations remain nominally classified, this newspaper has already reported that it divided the technology areas into two groups. Each of the seven technology areas in Group 1 --- aircraft; helicopters; aero engines; submarines; warships; guns and artillery; and armoured vehicles --- would have one designated strategic partner. Meanwhile, two strategic partners would be chosen for each of the three technology segments in Group 2 --- metallic material and alloys; non-metallic materials; and ammunition, including smart munitions.

All this effort would be going not into selecting “strategic partners” for designing or developing high-tech weaponry for India. These would be mere production agencies that manufactured equipment to blueprints bought under the “Buy & Make” category of procurement. Earlier, the ministry would have nominated a DPSU to build the product under licence; now a private sector “strategic partner” would build it.

In parallel, the design and development of defence equipment in India would take place in the “Make” category, which would see open competition between private and public sector companies, culminating in the selection of two “development agencies” (DAs). Under DPP-2016, the defence ministry will subsidise 90 per cent of the DA’s development costs, and assure the DA of the lion’s share of the production order. It is unclear whether companies participating in “Make” development projects can simultaneously be chosen as “strategic partners” for manufacturing equipment in “Buy & Make” projects. However, the Aatre Task Force mandates, inexplicably, that a company can be chosen as a strategic partner in no more than one technology area. Predictably, this is being strongly contested by private corporations like Larsen & Toubro and the Tata Group, which have built multi-disciplinary capabilities. They say their capability to build a warship should not be a disqualification in building a tank.

Meanwhile, it remains unclear why the excellent option of selecting private sector companies as Raksha Utpadan Ratnas (RuRs) continues to gather dust. This option, which flowed out of the Vijay Kelkar Committee report in the mid-2000s, requires the defence ministry to select private sector companies as RuRs, based on their financial, technological and infrastructural strengths. These RuRs, which would have the same status as DPSUs, would be eligible to compete for defence ministry contracts to design, develop and manufacture complex weapons systems for the military. The RuR option allowed the ministry adequate assurance of the technological competence and financial strength of defence company aspirants, while also introducing competition into defence contracting. These fully vetted Indian companies could be relied upon to support products through their service lives, providing maintenance, spares, overhaul and upgrade, which add up over decades to 4-10 times the cost of acquisition.

It remains unclear why the defence ministry is bypassing the free market, and opting for governmental judgment. True, all governments tightly control defence industries, since these are national strategic assets. Yet, every defence economist agrees that market forces enhance efficiency and lower costs. Successive Indian governments, however, have remained woolly-headed about their role vis-à-vis defence industry.

A defence ministry’s first role is to keep defence industrial policy ahead of evolving trends in the global defence industry. Mr Modi’s “Make in India” policy, which aims at creating large numbers of low-to-medium-skill defence production jobs, is out of synch with global trends. Paradigm changes under way in manufacturing technology are already seeing low-wage assembly lines being replaced by robotic manufacture, in which computerised machines churn out products faster, cheaper and more precisely than low-wage labour. Germany, a technology hub for robotic manufacturing, refers to this as Industry 4.0. The impact of this is being felt in America, which is experiencing resurgence of manufacture, but without job growth. As the icing on the cake for defence corporations, robotic manufacture and 3-D printing are giving managers major advantages in dealing with labour unions. The foundational logic of “Make in India” is already sinking.

The defence ministry, therefore, must focus on creating white-collar jobs through a “Create in India” policy; in which Indian entities do systems engineering, rather than mere systems integration, in which largely foreign components, sub-systems and systems are assembled in India into what remains essentially a foreign weapons platform. For example in the Futuristic Infantry Combat Vehicle (FICV) project that is now underway, the defence ministry has defined roles so loosely that Indian vendors can “front” for global giants like, say, General Dynamics or BAE Systems, with whom technology partnerships exist. An “Indian” consortium can adopt an existing FICV, engineering it at the periphery to conform to Indian requirements. However, this would remain a foreign platform on Indian soil, no different from the Russian T-series tanks that were designed for colder climes and different operational doctrines.

Instead of wasting policy mind space on monopolistic “strategic partnership” models that are directed towards blue-collar jobs whose future is uncertain, the defence ministry should focus on creating white-collar, high value-add “Create in India” jobs. A key element of this is to provide the private sector with incentives and subsidies for research and development, and access to low cost capital that is available to overseas defence companies. This would raise technology levels, generate higher salaries, and create truly Indian platforms that can be supported through their service lives without large additional expenditures for each level of overhaul and upgrade.
Posted by Broadsword at 10:43

Hello Ajai, the thing is that you point our that our market should determine which segments they should enter and in general it looks like you are not in favour of this new proposed model. my question would then be - what happens if one large conglomerate like Tata's or Reliance grab all the major defence orders for all 3 armed forces. that would anyways mean monopoly. hence as I stated in my previous set of comments, entering into partnerships and allocating orders equitably (based on value rather than numbers) is the only way out to keep people happy. what do you think?

Sir,
The multi-disciplinary capabilities of a manufacturer must be encouraged. In Russia for example, a gun designed for an armoured vehicle is fitted on a ground role, on a ship as well on an air craft. Similarly and engine on an armoured vehicle works for a derailing machine, as an auxiliary power plant on a ship. 30-40% of the fasteners are interchangeable between war machines. A holistic approach is required while deciding the multi disciplinary capabilities of firm. As mentioned by you, the east European and British tank designs are conducive to cold climates and not for our desert dusty and hot environment. Fresh designs must be evolved. What we need is not a world class war machines, but those which are better than our adversaries. Keeping this in mind we must simplify our qualitative requirement projected to our Make India manufacturers. Lastly, with this new thinking of indigenous production must lessen the civilian flab in the MOD. The ordnance factories must be streamlines to be competitive and change their crude mindset.

Actually, having a single "strategic" player is stupid because it creates a monopoly. Competition ensures the right price for products.

However, what is left unsaid is with whom will this "strategic partner" really partner with ? If its the DRDO (or a private company 90% funded by the Defence Ministry), its alright. But if its a foreign company, then the products churned out by this "strategic partner" will be no more than an import. It will then merely be an agent or a front of the foreign arms company in India.

Also, the idea of job-creation is a misnomer given the rapid automation of the shop floor. With AlphaGo's victory, even many white-collar jobs won't be spared.

The ideal scenario is to have multiple Indian private sector players, who shall obtain blueprints from DRDO, and mass manufacture at their facilities. Say, a TATA can manufacture Arjun tanks, an L&T can manufacture the Arihant's hull and Godrej can manufacture the Tejas' fuselage. But it should not happen that Anil Ambani is designated as a "strtegic partner" for all things missiles, and he feeds Derbys, Pythons, S-400s and what not and edges out our indigenous options out of reckoning. THAT MUST NEVER HAPPEN.