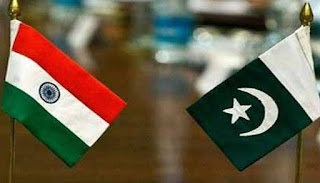 Is Pakistan actually cracking down on the perpetrators of the January 2 attack on the Indian Air Force base in Pathankot? We can only guess what that country’s policymakers really intend, but here is what is known: Islamabad has constituted a multi-agency “joint investigation team” to probe the attack, including military intelligence and ISI officers. It has rounded up some mid-ranking members of the Jaish-e-Mohammed (JeM), the radical Islamist group that New Delhi believes is behind the attack. A central minister in Islamabad has said JeM chief, Masood Azhar, is in “protective custody” since he cannot be arrested without hard evidence of wrongdoing. Meanwhile, other branches of the Pakistan government have denied that Azhar is in custody.

Almost everyone in India who can spell P-a-k-i-s-t-a-n has already pointed out that previous “crackdowns” on India-focused jihadis were mere theatre. It is also well known that this subterfuge comes easily to both Pakistan’s policymaking elements --- the elected government in Islamabad; and the all-powerful army headquarters in Rawalpindi. But it is still worth carefully considering the question: is anything different this time?

The Indian government apparently thinks so, going by the substance and tone of recent statements from New Delhi’s foreign policy and security establishment. The woeful history of Indo-Pakistan engagement is replete with instances where talks have been cancelled or postponed. But never has a scheduled meeting been postponed with such cordiality, especially on the heels of a terror attack. In a phone call the day before they were to meet, both foreign secretaries amicably agreed on a token postponement. Talks will resume in what India’s foreign ministry spokesman termed “the very near future”. Underlining the bonhomie in thick pencil, the spokesperson declared that the postponement was arranged in “a mutually acceptable manner”.

This foreign ministry cordiality was in line with Prime Minister Narendra Modi’s approach, who blamed the Pathankot attack on “enemies of humanity who can’t see India progress”. His counterpart, Nawaz Sharif, responded in kind, with his foreign ministry offering to join hands with India “to completely eradicate the menace of terrorism afflicting our region.”

Given these atmospherics, it is worth wondering whether some rarified layer of the Indian government has an assurance from Pakistan’s top power brokers that action will be taken against the JeM, but gradually and without fanfare? We simply do not know, and will not know until later. Even so, with the government continuing the dialogue with only a token display of pique at the Pathankot attack, it seems as if Messrs Modi and Doval know something that we do not.

On the other hand Mr Modi may have no explicit assurances from Islamabad and Rawalpindi about restraining India-directed jihad, but he believes something is fundamentally changing in Pakistan; and that a tipping point has been reached. Given Pakistan’s long record of duplicity, India’s government is vulnerable to charges of naivety and gullibility. But here is the catch: when (and if) Pakistan starts putting the squeeze on India-directed groups, this cannot be accompanied by a public promise to New Delhi. Whatever Islamabad says would be in private.

Indian public anger restrains New Delhi from talking peace with Islamabad after a terrorist attack, unless Pakistan appears to be acting against those responsible. At the same time, Pakistani self-esteem prevents its government from acting against extremists under Indian pressure, even if there were consensus in that country that this was essential. For that reason, were Mr Modi to believe that Islamabad and Rawalpindi are willing to defang groups like the JeM now, and perhaps later the Lashkar-e-Tayyaba (LeT), he would have to give Pakistan time and space to shield it from allegations of acting under Indian pressure.

Expecting the Pakistani security megacorp to backtrack from 68 years of sub-conventional military options against India is, admittedly, a long shot. Even so, our strategy should not assume an unchanging world. Like many others, Pakistan is concerned over the changing face of political Islam, with Frankenstein’s monsters like the Tehrik-e-Taliban Pakistan (TTP) and the Islamic State challenging the Pakistan Army. Numerous Indian experts on Pakistan (and every Indian believes she is one) had confidently predicted that Rawalpindi would never crack down on the TTP, or launch a military offensive in North Waziristan. But the ideological swings and shifting allegiances of international jihad, forced Pakistan to confront one set of its own monsters.

True, Pakistan has so far cracked down only on the bad terrorists, the rebellious TTP. For now, the good terrorists --- including the JeM and LeT  --- remain loyal to Rawalpindi and offer no provocation that justifies winding them up. But this is not a constant. In 2003 the JeM --- a perfect Pakistan Army poodle for years --- turned on its master, staging at least three assassination bids on General Pervez Musharraf. Rawalpindi knows well how growing ideological and operational linkages between the good and the bad terrorists have the potential to subvert the army’s control over the former.

It is bad strategy for India to assume an unchanging world, even if the prospects of change are tenuous. Instead of waiting for change to happen within Pakistan, New Delhi should adopt a pro-active strategy --- catalysing, facilitating and making room for that change. This does not imply looking at Pakistan through rose-tinted glasses, or condoning terrorist strikes by so-called “non-state actors” in the hope that Islamabad will take them down. What this strategy does involve is strengthening our intelligence and security networks so that terrorists are denied operational success of the kind they obtained in Pathankot; developing retaliatory capability for pin-point strikes on jihadi targets inside Pakistan; diplomatically managing the potential for escalation; and, meanwhile, keeping a tight lid on political rhetoric and name-calling, so that Rawalpindi and Islamabad can crack down on jihadi groups without appearing to be acting at India’s behest.

For this, Mr Modi must be convinced that Pakistan is moving, even if cautiously, towards restraining and eventually shutting down the factories of jihad. It may well turn out that Pakistan’s internal incoherence and weakness prevents it from doing what it badly needs to in its own interest. Yet, in deliberately creating the space for such a turnaround in Pakistan, New Delhi would actually have a plan instead of what has passed for strategy over the last one-and-a-half decades --- shrill name-calling, public demands for action that will always remain unmet; and repeated cancellations of talks before starting the sorry circle yet again.

A former Congress minister has publicly advocated dealing with Pakistan by “building a high wall all along the border. There is an Indian security plan to cover gaps in the border fence with “laser walls.” The fact, as our planners probably know, is that physical barriers cannot keep India and Pakistan apart. The two countries will have to accommodate each other, discovering common interest to bridge the chasms that divide them.
Posted by Broadsword at 08:20

Pakistan does NOT want talks ; It wants Negotiations to show to its people
that yes India has Bent before them

This is exactly we should avoid

The Pakistani economy is definitely heading towards Bankruptcy

We just have to wait for this ; It will take 10 years

The Afghans ; Iranians ; Saudis ; Americans are all making Life difficult for the Pakis

These terror attacks hurt the feelings of our people

So we really need to improve our internal security

This Pathankot attack is a real oppurtunity to improve our defences

And as far as Retaliation is concerned we can use The large number of
Mohajirs ;Sindhi ; Baluch ; Pathan ; Ahmedis ; TTP guys ; who are against the
Pakistani state

Yes... I support opinion of ravi

After the Pathankot attack ; there have been Three Bomb Blasts in Pakistan
and today's attack in Peshawar University

Let us hope ISI gets the message

There is an old saying in the US: "Fool me once, shame on you! Fool me twice, shame on me!"
Every Indian would do well to remember this when dealing with Pakistan.

Ravi, It is so easy to sit in your drawing room and comment on Pakistani dynamics. Like Ajai has been to Pakistan. I would suggest to seek his view how Pakistanis are living in Pakistan. A lot better living standards either its quetta, Karachi, Islamabad, Lahore or Peshawar than your shining India. A useless attempt to divide Pakistan on Mohajir, Sindi, Balochi and Pathan. We do have our internal difference like other countries but when it is against India WE ARE ONE (Pakistani). Please be guided accordingly.