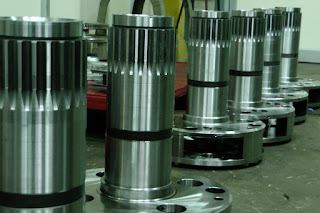 On Thursday in Hyderabad, a small Indian firm called Aequs Aerospace signed an agreement with global giant, Boeing, for manufacturing components for the Chinook CH-47 helicopter that the Indian Air Force (IAF) bought this year.

Aequs, which operates from a Special Economic Zone (SEZ) in Belgaum (officially Belagavi), will be a modest cog in Boeing’s global supply chain. It will machine small components that will then be transported to Holland. There, Fokker Technologies will build these into sub-assemblies that feed into the Chinook assembly line outside Philadelphia, in the US.

The value of this initial contract is tiny --- below $5 million, say Boeing sources. Yet companies like Aequs are pioneers amongst India’s emerging aerospace suppliers. Larger public firms, like Hindustan Aeronautics Ltd (HAL) and its ancillary suppliers, remain inwardly focused, assembling combat aircraft bought by the Indian Air Force. These companies have barely dipped their toes in the pool of international defence manufacture.

In contrast, Aequs, and others like it, are focusing on manufacturing components for the global supply chains of aerospace vendors, an $80-100 billion annual market with India’s share less than $400 million. Established in 2007 (as Quest Global Manufacturing), Aequs initially relied on an assured income stream from civil aerospace, which is insulated from the turbulence of the defence market. Even today, Aequs’ Belgaum SEZ sends out a flow of machined components to commercial manufacturers like Boeing, Airbus, and smaller vendors like ATR, Pilatus and Gulfstream.

However, military aerospace vendors are now seeking civil aerospace firms like Aequs for discharging offset liabilities. Boeing alone has sold more than $10 billion worth of military aircraft to India; its offset liability of 30 per cent amounts to over $3 billion.

“We initially order small, relatively simple components, while ensuring a back-up supplier. If the company delivers on-time and on-quality, we can move on to bigger and more complex orders”, says a Boeing executive, speaking off the record.

Meanwhile, a handful of Indian companies have moved beyond manufacture into the prestigious (and often more profitable) realm of aerospace design. Hyderabad-based Cyient (formerly Infotech Enterprises) works with aerospace multinationals on critical design-engineering products, including aero engines. Chennai-based Data Patterns, has designed cutting-edge aerospace products. These companies, and others like them, allow global vendors to reap offset benefits with sourcing R&D from India. The government provides offset “multipliers” of up to 3 for R&D. That means for Rs 100 crore worth of R&D sourced from India, the vendor obtains offset credit worth Rs 300 crore.

India’s defence public sector monoliths, HAL and Bharat Electronics Ltd (BEL), also manufacture F/A-18 fighter and P8-I components. However, these are side shows for these companies, with the central focus remaining on designing, developing and assembling major weapons platforms.

Compared to this, Aequs provides prospective foreign customers with a model of agility and entrepreneurial ability. The non-resident Indian owner, Aravind Melligeri, bought 250 acres in Belgaum and set up his own manufacturing SEZ.

Melligeri imports his raw materials, machine tools, cutting tools and oils to feed the high-end machining capacities he has established. His SEZ has built-in redundancy for power, water and essential facilities. His tenants include Saab Aerospace, Magellan Aerospace, and French forgings companies, Aubert and Duval.

“The machining business is big in this region. There are 150 casting foundries around Belgaum, which has historically supplied the automotive manufacturers around Pune”, said Melligeri to Business Standard during a visit to Aequs.

“I provide skilled labour, and my business model rests on its lower cost. Naturally, the key differentiator is volume. We are doing 750,000 hours per year and soon hope to reach a million hours annually. Of this, aerospace machining accounts for 500,000 hours”, says Melligeri.

Because of the need to be self-contained for most services and materials, Aequs’ business risk stems from the cost of capital.

“I have to ensure on-time delivery, so we run two-month inventories for most materials. This requires working capital, which is a negative in a country where capital costs are so high”, he says.
Posted by Broadsword at 08:53

I do enjoy the articles. One of the better Defence blogs out there.

These private companies are mostly doing low-level work for foreign arms manufacturers. While it does bring foreign exchange to India, we must be careful.

The technology to do this work has more often than not been provided by foreign sources themselves. Tomorrow, when these private manufacturers move up the value chain to become designers and system integrators, they'll be directly pitted against DRDO, BEL and HAL.

Nothing inherently wrong in that. But just as they source many of their technologies from abroad now, they will have to source a lot of the assorted technologies and know-how from foreign system integrators. In that case, these private firms will merely become fronts of foreign arms manufacturers in India to push their wares.

For a start, these firms must be given contracts to manufacture parts of Dhruv, Tejas, Arjun and Arihant. As mentioned by you earlier, a private firm is already manufacturing wings for Tejas. That's a good start and must be sustained further.

Of course, you're right. I've made the correction.

Thanks for pointing this out.

In regards to the Tejas, there is already a second line being setup by private manufacturers. HAL has already placed a tender asking for private sector bids for the ALH.

Sources in HAL said given the Centre's Make in India campaign and to save on time, outsourcing some manufacturing has happened and a few other projects are in the pipeline. The wing assembly has been outsourced to L&T, while 10 vendors will be in the fray for the centre and rear fuselage, for which tenders will be floated soon. "Outsourcing of 33 electrical panels, six mechanical assembly projects making of fin and rudder, etc is under way," they said.

So your fears, in this specific instance are overblown. We do need to be afraid of Western arms manufacturers, who have no positive purpose in mind, but the private sector is the best thing to happen to arms manufacturing in decades.

Bharat's private sector is already competitive on a worldwide level, not just IT, but Pharma, steel, and other sectors. This is the big breakthrough that will turn an import nation into an export superpower.

Raahul Kumar, I've read all of Col. Shukla's articles. You should've read his latter article, per which the ALH bid failed to attract any private companies. That's because they're slyly angling to be the arms agents of the Kamovs and Sikorskys of the world by looking to assemble their expensive choppers at lands snatched from farmers and tribals.

As I said before, the private sector must be made dependent on the DRDO, and not the Lockheeds and Rafaels of the world. It is only then that India can synergize cutting-edge research with the efficiency of productionizing and mass-manufacturing it.