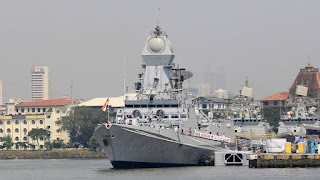 The authoritative Congressional Research Service (CRS), which provides data and analysis to the US Congress, finds that India no longer features in the world’s three biggest arms importers.

A new CRS report, according to The New York Times, finds that of the world’s total arms trade of $71.8 billion in 2014, the three biggest importers were South Korea ($7.8 billion in contracts signed), Iraq ($7.3 billion) and Brazil with $6.5 billion.

In March, the equally authoritative Stockholm International Peace Research Institute (SIPRI) had declared, in its annual weapons trade report for 2014, that Saudi Arabia had surpassed India as the world’s biggest arms importer. According to that report, Saudi Arabia imported $6.46 billion worth of arms, compared to India’s $5.57 billion.

This is not the only divergence in public figures relating to defence procurement, particularly that of India.

There are several reasons for such divergent figures in tracking the weapons trade. First, some institutions track the signature of defence contracts in a particular year. On the other hand, others track the actual delivery of defence systems during that year.

For example, India signed a $2.1 billion contract with Boeing for eight P8-I multi-mission maritime aircraft in 2009-10. Agencies tracking arms contracts would have put that entire amount in India’s arms trade ledger for that year. Others, who track delivery, would spread the $2.1 billion across the six years till 2015, when the last P8-I was delivered.

There is also a reason for divergence in the defence ministry’s own figures. The figure placed before parliament on December 8 represents actual orders placed on foreign vendors during the year, and assumes orders placed on Indian vendors to be 100 per cent indigenous. The higher figure placed before parliament on December 18 tracks foreign components in “Indian” weapon systems, treating them as imports.

For example, the warship INS Kochi was built by Mazagon Dock Ltd, Mumbai (MDL) and is, technically, an indigenous system. But it contains numerous foreign systems, such as the Israeli MF-STAR radar. According to the Defence Procurement Procedure of 2013 (DPP-2013), the cost of foreign systems, sub-systems and components in “indigenous” platforms are treated as imports, along with the freight, insurance, service costs, license fees, royalties and duties relating to their import.

That outgo is only from the capital budget. In addition, a significant portion of imported spares and components comes from the revenue budget, which, after deducting salaries, amounts to Rs 46,905 for the three services. Conservatively assuming a foreign outgo of 20 per cent from that component of the revenue budget, another Rs 9,381 crore ($1.4 billion) is added to India’s defence imports.

This means going by either CRS’s calculations, or those of SIPRI, India remains for now the world’s biggest arms importer.

"Calculating according to DPP-2013, the “indigenous content in defence procurements for the year 2014-15 is approximately 40 per cent”, the defence ministry informed parliament on December 18. Based on the total procurement outgo of Rs 78,754 crore ($11.9 billion) for 2014-15, an imported component of 60 per cent adds up to Rs 47,252 crore ($7.14 billion)."
What is the relation between these two sentences? Indigenous content in defence procurement is for made in India products only.. How this is related to total procuremt outgo?

This is where averages and trends can help. Probably more accurate to say that India is one of the top 5 arms importers in the world over the last 10 years....

This is a needless debate we really need not care what other countries think about it. We only need to ensure that we compare apples to apples. The country needs to define clearly what constitutes arms import(I agree with the current method)and we need to see that year by year we work towards reducing this bill that is all.

@Am Nav
"Indigenous content in defence procurement is for made in India products only"
That is not a correct statement. When India imported P-8I from Boeing, it was fitted with data link and IFF systems made by BEL. As production from defence offsets kicks in, more component made in India will be outfitted on weapons and systems sold elsewhere in the world.