Defence equipment parameters should be realistic 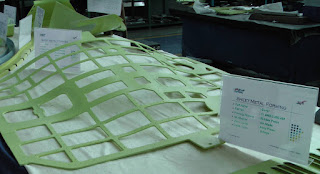 It has been reported that the secretary to the Department of Defence Production complained, in a lecture earlier this week at the Institute of Defence Studies and Analyses, that the military frames such ambitious specifications for equipment being procured that Indian companies get left out of the procurement -- because they simply cannot fulfil those requirements. In doing so, he only voiced in public what many others have murmured in private. What the officer could also have said is that those requirements often baffle the world’s most technologically advanced defence companies too. This results in tenders being frequently cancelled and years lost as acquisitions begins anew. Only now has the government begun questioning inflated specifications --- termed “staff qualitative requirements”, or SQRs. An example of this has been Defence Minister Manohar Parrikar’s insistence that the air force buy a hundred or so Tejas light combat aircraft (LCA) from Hindustan Aeronautics Ltd, overruling the protests of air marshals that the fighter was not good enough and did not meet their SQRs.

The flawed framing of wishful SQRs has been criticised by many --- but most trenchantly by the Comptroller and Auditor General (CAG) in a 2007 report that audited 37 separate defence acquisitions between 2003 and 2006. After scrutinising 11 SQRs, the CAG found that four had spelt out requirements that were unavailable anywhere in the world. In four more cases, the requirements did not meet the military’s stated operational needs. And in seven cases, there was no way of testing whether or not the equipment even met the SQRs. Many suggest that a key reason behind unrealistic SQRs is the military’s desire to get the “best of the best”. Officers framing SQRs combine the best qualities of several different equipment types into one, disregarding the well-known fact that weapons design involves trade-offs between different parameters. For example, a tank designer balances between mobility, firepower and protection. The more armour slapped on for additional protection, the less mobile that tank will be. For that reason, a tank cannot simultaneously be the world’s best protected, most heavily armed, and also the most mobile. Similarly, in framing SQRs for a fighter, the more weaponry one wants the aircraft to carry, the less space there will be for fuel, reducing its range. An SQR cannot demand high weapons-load as well as long range. Yet, by combining top-of-the-range parameters, officers have often arrived at SQRs that simply cannot be met.

A successful “Make in India” policy requires a deliberate and well-considered review of specifications, so that weaponry being bought is within the design capability of an industry still at an early stage of the learning curve. It is natural for soldiers, sailors and airmen to demand the world’s best weaponry when putting their lives on the line. Imports are not the only solution; the answer will often lie in relatively simple equipment that costs less, can be procured in larger numbers, easily handled by those members of the armed forces who are relatively less educated, and built and maintained by Indian defence companies. These will inevitably improve incrementally as indigenous scientific and technological skills develop and mature.
Posted by Broadsword at 11:49

Usually, any given product 'A' is superior to competitor 'B' in some aspects & inferior to B in some other aspects. What is observed is that the performance specifications of 5-10 global products are considered, compared, merged & a common specification is drafted in order to fantasize a product 'C' which will include all the performance characteristics of both 'A' & 'B'; which is very very difficult if not impossible to comply.
This situation needs to change & SQR should be drafted after ensuring a feasible technical solution exists.

Agree completely. However there needs to be a separate division which aims for really unrealistic capabilities that force innovations that are game changers... Kindof what DARPA in US goes after... Those forces the scientific and technological community to think out of the box...
IF those does not happen we will still be using large payloads of TNT instead of Atomic weapons...

The refrain from the secretary of ambitious requirements is way past its sell-by date. This is a thing that the services awakened to several years back and therefore have since wizened up. He may be referring to the inability of our industry and R&D set-up, being comparably nascent, to deliver even on average expectations. So, do we then, instead of asking for what we need, make-do with what the industry can supply us? Never mind that the neighbours, active and potential adversaries, are acquiring the latest through indigenous efforts up North or in the case of Pakistan, from the US.

Surely, we can't hope to induct indigenous equipment only when the final desirable product is ready several years down the line. There must be incremental inductions of acceptable equipment that may be several notches below the ideal with improvements carried out over time from feedback received from the field. The Light Combat Aircraft project is a good example of this indecision. But to punch low with reasonable expectations in the Qualitative Requirements, to cater for industrial or research incapacity, will be sacrilege. For the foreseeable future, we must continue to tread the middle path. The pressure to deliver has to be on the industry and the current tactic of instead pressurising the Armed Forces to compromise on justified Qualitative Requirements may not be in order. In fact, the requirements may be revised upwards as global standards progress. Else, we will land up with another INSAS family of still-born equipment.

One is that,domestic capability has to include the private sector and not just DPSUs. There is another issue I think about very high GSQR; that is the ever present scare of vigilance and corruption. So scared are officials about GSQRs being lowered to suit some, that setting them very high is probably a way of securing themselves from complaints. Or that the forces think aim so high that domestic products could come at least mid way and meet their actual requirements!

Nothing new actually, here is a parody of how the Bradly fighting vehicle was designed
https://www.youtube.com/watch?v=aXQ2lO3ieBA

The simple solution to "reasonable SQRs" is to hand over administration of the DPSUs to the armed forces. It is naive at best to expect any meaningful integration of requirements and capabilities with one party literally having its life on the line and the other having little accountability or repercussion. Additionally in India's case, to balance the much greater numbers our likely enemies possess, we need a qualitative edge and multiplier as a result of which, SQRs will always be cutting edge as a matter of necessity. The forces are prepared to fight with lathis if required but SQRs are an indication of what is required.

Absolutely true. The services especially the IAF are often guilty of making SQRs to meet a specific foreign vendor. Their negotiation skills are also very poor with foreign vendors revealing a lack of technical understanding and poor product knowledge. In these negotiations they easily get bamboozled into accepting the commercially advantageous conditions of the vendor. Overall it appears that there is insufficient knowledge on business aspects. Most officers operate on their own common sense. A person who spends the first 18-20 years of his career just flying has a huge problem sitting on staff appointment chairs as he is all at sea in the confusing world of contracts, legalese and other commercial jargon. Many are not even familiar with how to conduct a commercial/ technical product negotiation. Most of all the IAF does not believe in indigenisation they love their foreign jaunts and quick fix purchases from abroad after scaring, threatening and arm twisting the government giving stories of drop in operational capability. There is complete absence of long term vision. If the right attitude was adopted from the early nineties by now we would be proud owners of a truly 'Indian' Air force. The case of the BTA purchase is a perfect case in point. Instead of going on last minute wild goose chases of trying to fit parachutes on the HPT 32, if the IAF had acted with vision and initiated replacement with HAL a decade ago today the country would have saved 4000 Cr and had a good product to sell all over the world.

It's past time the measurements were set not with reference to Best of Brochure parameters, but what industry and desi scientists can realisticall achieve in a short time frame with limited budgets. More realism is the need.