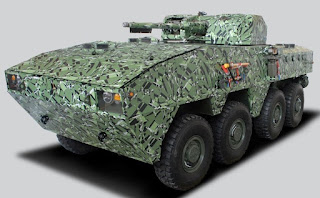 After five years of delay, the army’s proposal to build a “Future Infantry Combat Vehicle” (FICV), an armoured vehicle for carrying infantrymen into battle, has been resuscitated on Thursday.

The ministry of defence summoned representatives from 10 Indian companies and handed each an “expression of interest” (EoI), which asks for proposals for building a FICV that will eventually replace the army’s 2,600 BMP-2 infantry carriers for an estimated Rs 50,000 crore.

They have been given 90 days to respond to the EoI with detailed proposals. This will involve forming consortia with Indian and foreign vendors, and conceiving and proposing the design of an FICV that would best suit the army’s requirements.

Two vendors will be shortlisted, and they will then evolve and submit a detailed project report (DPR), comprising of a detailed technical and financial proposal. The better design will be chosen by an “integrated project management team” (IPMT), comprising of experts from various defence ministry departments.

This is the second time the FICV project has been launched under the “Make” category of the Defence Procurement Procedure of 2008 (DPP-2008). An EoI issued in 2010 to four vendors (L&T, Tata, Mahindra, OFB) evoked responses, but was cancelled in 2012 because the defence ministry could not decide on the parameters for short-listing the two winning vendors.

With the ministry taking three years to re-issue the EoI, the FICV project has lost five years already.

The “Make” category involves going to Indian industry to develop “high technology, complex systems”. Under this, the defence ministry will funds 80 per cent of the cost of developing the two FICV prototypes, with short-listed vendors paying the remaining 20 per cent.

There is apprehension that issuing the EoI to so many prospective vendors has muddied the waters, making it difficult for the IPMT to down-select two winning proposals. “In 2012, the defence ministry was unable to select two winning proposals out of four. It will have an even more difficult time selecting the winners from 10. They should have been more discriminating in issuing the EoI”, says an executive from one of the companies involved.

There is surprise also that the EoI has been issued under the DPP-2008, even though DPP-2013 currently operates and DPP-2015 is being finalised. “The army obtained the ministry’s acceptance under DPP-2008, so they are sticking with that, even though there are much more enlightened rules operating now. This needs to change”, says a prospective vendor.

The FICV has been conceived as a multi-role platform that must perform three roles. It must be a battle-taxi for the infantry to keep pace with armour (tanks) in advance. Second, the guns on board provide fire-support to assaulting infantry after they dismount and charge at the enemy. Third, and most ambitiously, the FICV should hold its own on the mechanised battlefield, even against heavily armed tanks.

The FICV is required to have amphibious capability, allowing it to cross canals, rivers and stretches of sea; it must be air portable, i.e. capable of being transported in an aircraft’s cargo hold, or slung under a helicopter with chains. It must fire anti-tank missiles, and be armed with a cannon and machine guns that are operated through state of the art sensors and all weather surveillance devices.”
Posted by Broadsword at 08:16

Another scheme by Modi sarkar to loot the nation in the name of "make in India". All that this Govt has been doing since it came to power a year back, is finding new avenues to loot and plunder this country for the benefit of few monopolistic family owned companies with shady background.

None of these companies have a product of their own. Their role is nothing apart from another middleman in over expensive arms import who will route kickbacks to our babus and netas under the guise of "make in India".

Today's politicians and political parties are solely there to loot and plunder the country like Mughals and British. Nothing has changed. No wonder whether it is NaMo or MaMo things remain just the same.

"Make in India" which was touted as a remedy to kickstart our economy, has devolved into a scheme to loot the nation via arms imports with inflated figures using few super corrupt family owned companies as intermediaries.

India under NaMo, perhaps, is devolving into a far greater kleptocracy than it was under deaf mute remote controlled MaMo.Like Russia, power now rests in the hands of few Oligarchs. No wonder this Govt looks like a dictatorship than a democracy.

So many vendors???? Better to stick 4-5 well known and company of repute.

How many of these companies really have any experience of designing heavy vehicles. Designing an A vehicle is not a joke. Pipavav, Titagarh, Tata Power, Bharat Forge, Rolta have never dealt in such type of products. I have my doubts on their intentions. GOD save FICV.....

What does this Mean, It puts nails on DRDO/TATA Kestrel Project.
Years of work, money and effort Kaboom!

Earlier where it was OEM directly involved in kickbacks, now it will be Indian companies on pretext of "Make in India" and localization.

This is the most innocent way of reporting on tender. :)
Long live bhakts patriotism!

"FICV should hold its own on the mechanised battlefield, even against heavily armed tanks." Seriously! So its an MBT sans gun.

India urgently and badly needs this kind of fighting vehicle to fight the militants everywhere...

India must not send its brave soldiers into encounters on foot, in Gypsy jeeps and all other obsolete vehicles...
That is the primary reason why we are seeing very high casualties...

Even Pakistan using this kind of vehicles to fight in FATA area...

You have published 2 articles one on Navy's' IAC-2 & other on Army's FICV. What a contrast in attitude.

Sigh! Again ajai! You please reach out to the military heads and give them suggestions. Don't malign the armed forces. I'm not saying they are without fault..but there is a better way to make a difference. Atleast care about the reputation of the armed forces..you are defaming the 'family' that brought you up and gave you a great life. Don't do this in this manner. Please.