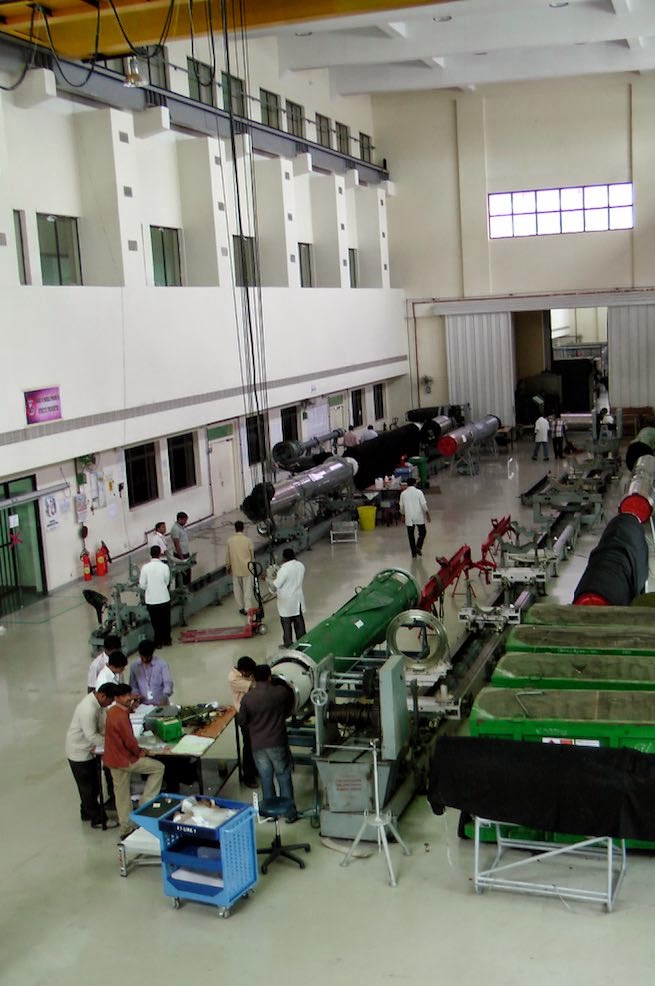 A sense of drift is palpable within the Defence Research & Development Organisation (DRDO), which has been without a leader for three months since the ouster of its widely respected chief, Dr Avinash Chander, on January 31.

On that day, Defence Secretary RK Mathur was given additional charge of Chander’s post of Secretary Defence R&D for a period of three months. That period expired on Thursday, April 30.

Mathur had held charge of only one of the three posts that Chander occupied --- that of Secretary Defence R&D. The other two posts --- Director General (DG), DRDO, and Scientific Advisor to the Raksha Mantri (SA to RM) --- have lain vacant for three months.

The defence ministry is not alone in having key positions without incumbents. There has been no Chief Information Commissioner (CIC) since August 22, and no Chief Vigilance Commissioner (CVC) since September 28.

Without a chief, there are problems in coordinating between the DRDO’s seven technology clusters, each relating to a specific subject --- e.g. aeronautics, missiles or naval systems. While cluster heads --- called “directors general” --- can function independently within their clusters, major development projects involve several clusters.

Amongst the programmes suffering from this lack of leadership is the Tejas Light Combat Aircraft (LCA) project. While the DRDO’s Aeronautical Development Agency oversees the Tejas project, it has no authority over the four technology clusters that feed into the LCA project. That coordination was always facilitated by the DRDO chief, who personally oversaw the LCA programme.

Another problem, say senior DRDO scientists, is professional insecurity caused by Chander’s unceremonious removal. On November 28, the defence ministry had granted him an 18-month service extension to head the DRDO till May 31, 2016. Forty-five days later, that extension was withdrawn.

The insecurity is most obvious amongst junior scientists, most of who looked to Avinash Chander as an icon of the DRDO’s successful missile programme. “With such an accomplished scientist removed so arbitrarily, what job security do we have?” wonders a young scientist bitterly.

Nor is there any clarity about who might succeed Chander. Defence Minister Manohar Parrikar had said while removing Chander that he wanted “someone good from the DRDO who has the urge for development”. Parrikar also stated he wants a younger scientist to head DRDO.

Of these twelve “distinguished scientists” --- the DRDO’s top rank, equivalent to a lieutenant general --- six have already crossed 60 years and are serving on extensions. Another five are 59 years of age, knocking on the doors of retirement.

The only candidate who fits Parrikar’s twin conditions --- being from the DRDO, and also young --- is Satheesh Reddy, the highly regarded chief of Research Centre Imarat, a missile technology laboratory outside Hyderabad. Reddy is just 52 years old.

Even so, MoD sources do not rule out bringing in an outsider, possibly from the Atomic Energy Agency, to head the DRDO.

There is also speculation that the three hats the DRDO chief traditionally wore might be split into two or more posts. Opinion on this is divided. The Rama Rao Committee, which proposed reorganising the DRDO, recommended the three posts remain vested in a single person. The subsequent Naresh Chandra Committee recommended separation, though not trifurcation.

The departments of space and atomic energy, which are often held up as models the DRDO could emulate, centralise powers in a single chief. The chairman of the Space Commission also heads ISRO (Indian Space Research Organisation), while simultaneously advising the prime minister on space matters.

GRAPHIC: Who will be the DRDO’s next chief?

Its better to be headless than to have a bobble head or a CONGI (appointed) head !