While IAF drags feet over Tejas, Naval LCA powers ahead 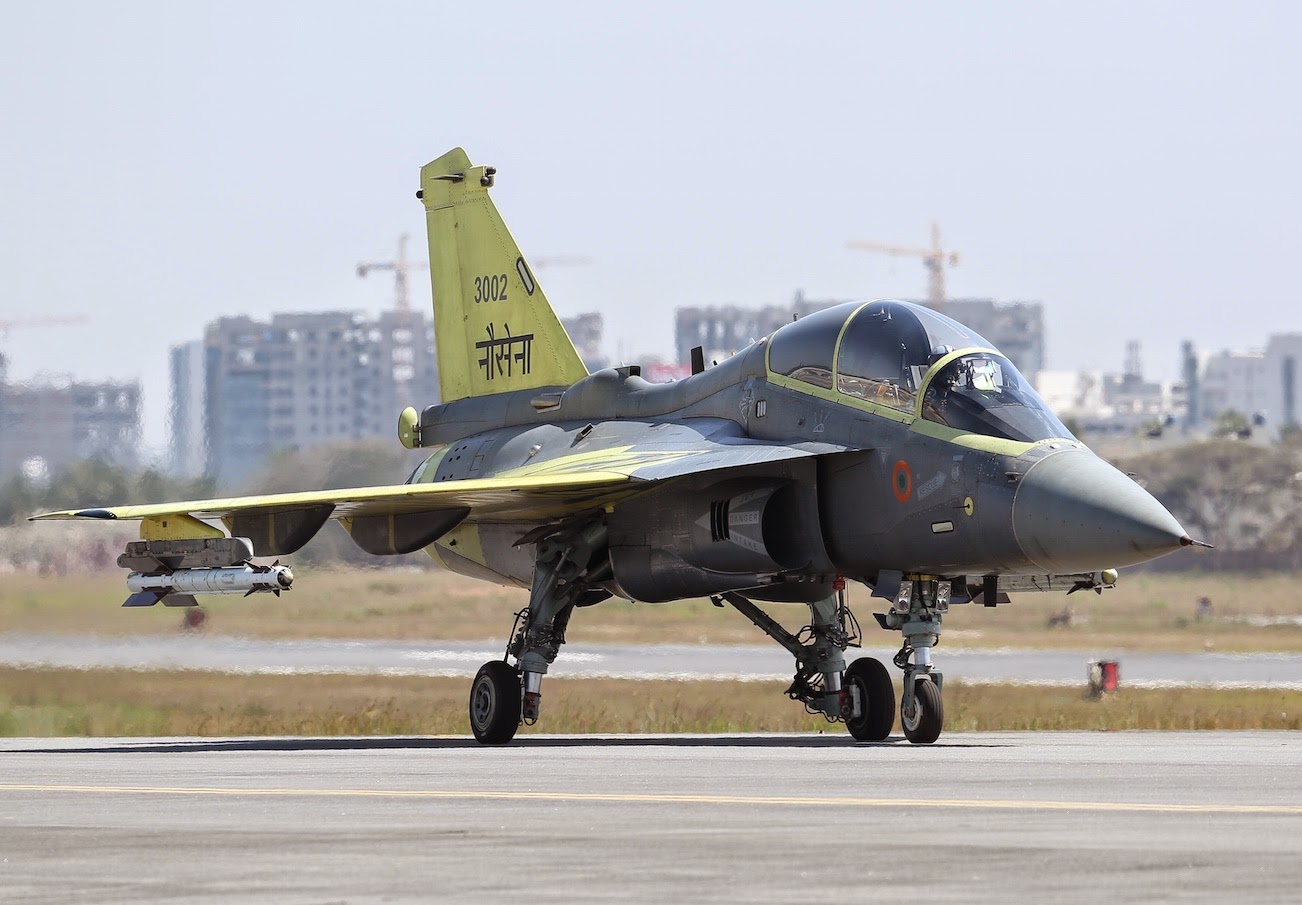 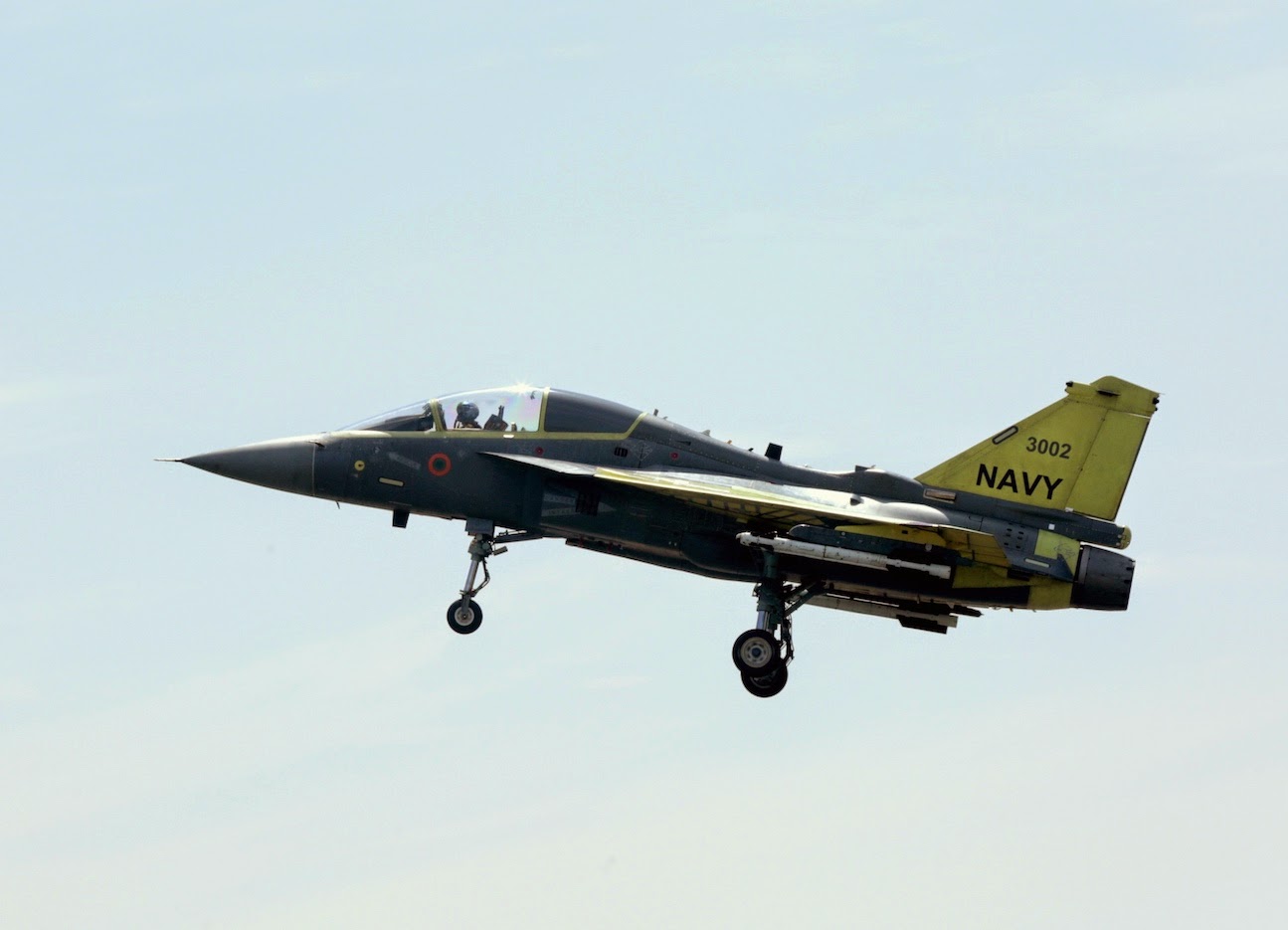 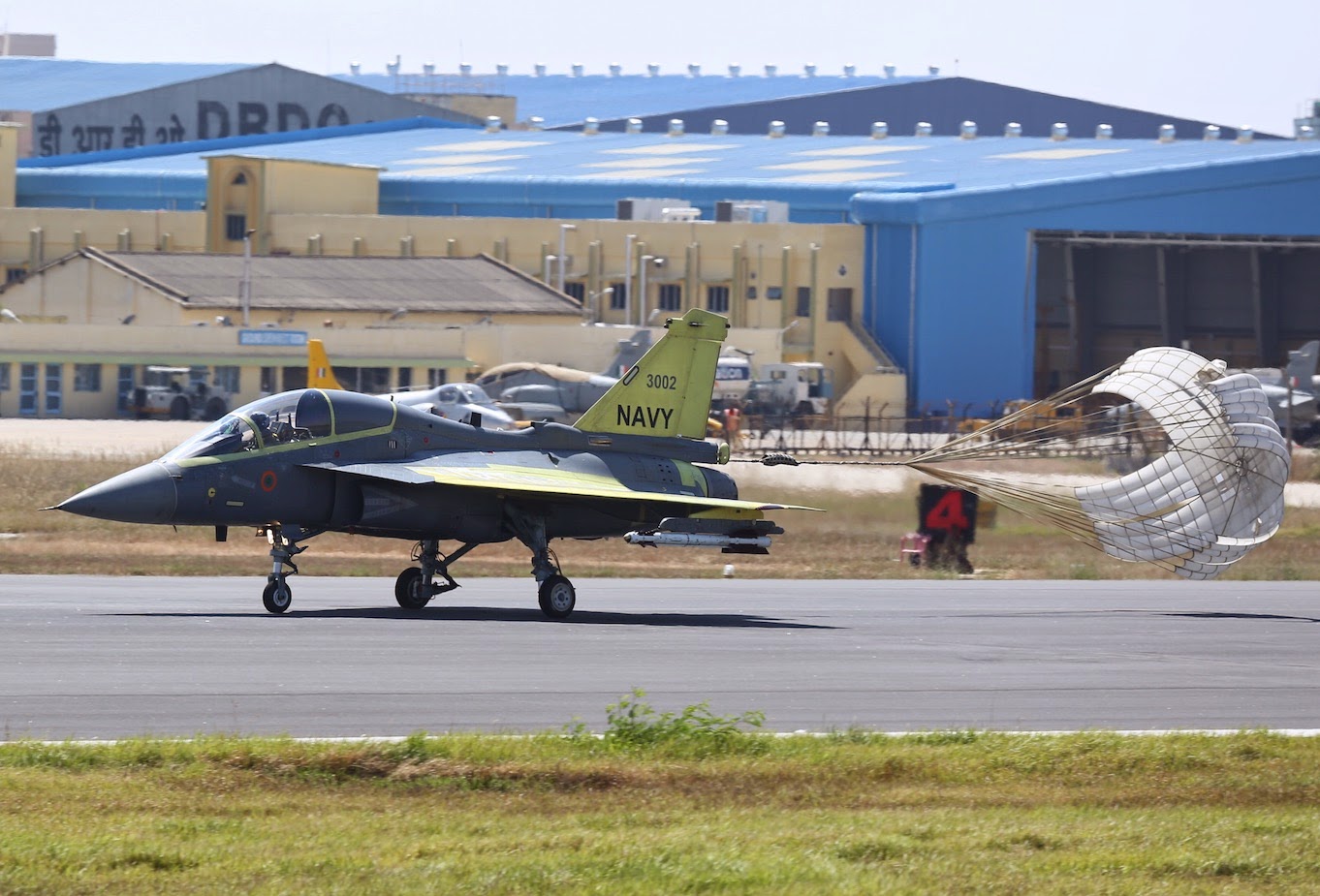 Even as the Indian Air Force (IAF) wrangles over details in the manufacture and induction of its first squadron of Tejas light combat aircraft (LCA), the Indian Navy is powering ahead with its programme to develop a naval version of the Tejas.

In Hindustan Aeronautics Ltd, Bangalore (HAL) on Saturday, the Naval LCA project got a major fillip when the second prototype made its first flight.

The “navalised” Tejas will be based on two indigenous aircraft carriers. The first of these, INS Vikrant, is currently being built by Cochin Shipyard and will enter service in 2018.

The navy’s newest aircraft carrier, INS Vikramaditya (formerly the Gorshkov), fields only a complement of Russian MiG-29K fighters. However, the 40,000-tonne Vikrant and its successor, a larger (possibly 65,000-tonne) aircraft carrier that could be named INS Vishal, are likely to field the so-called Naval LCA as well as the MiG-29K.

Termed Naval Prototype-2 (NP-2) the new single-seat prototype differs significantly from its twin-seat predecessor, NP-1, which first flew in April 2012. Like all naval fighters, NP-2 has a reinforced undercarriage to absorb the impact of landing on aircraft carriers. Since the pilot must descend steeply to touch down precisely at a spot on the carrier deck where his aircraft’s tail-hook catches on a set of “arrestor wires”, this landing is often likened to a “controlled crash”.

According to the defence ministry, the new prototype corrects several deficiencies observed whilst flight-testing NP-1. The Aeronautical Development Agency (ADA), which oversees the Tejas programme, says NP-2 incorporates most avionic hardware components that the navy has demanded.

These include “plug and play” modules that will accept software modifications for aircraft carrier landing aids (like a Levcon Air Data Computer), auto-throttle, and special lights. NP-2 will also incorporate the arrestor hook, a digital data link for tactical information, and the Israeli Derby long-range air-to-air missile.

NP-2 was piloted by Captain Shivnath Dahiya, a naval test pilot with the National Flight Test Centre (NFTC). Another Tejas, piloted by Group Captain Suneet Krishna, “chased” NP-2 all through its flight, observing it externally.

Meanwhile, the Naval LCA programme is transitioning from regular runways to a so-called Shore Based Test Facility (SBTF) --- a full-sized, land-based model of an aircraft carrier deck that has been built in Goa. In December, NP-1 had taken off from the SBTF.

The next major step in the Naval LCA project will be an arrestor-wire landing, carried out at the SBTF.
Posted by Broadsword at 20:50

We must all congratulate and appreciate Indian Navy proactive approach to encouraging indigenization of products...

They can also carry at least two BVRAAMs to scare the enemy away from aircraft carrier or Naval Bases/Stations...

They must be mass produced and located at various Naval Stations/Bases throughout the coast so that they can be scrambled quickly...

If required, then these Naval Tejas can land on carriers and conduct missions from there too...

The IAF is going on a ridiculous egoistic warpath against HAL.HAL top management has been a negative minded blinkered vision group who have failed to provide correct leadership to their low morale organisation. Foreign international aviation companies whose entire facility is less than 1 division of HAL have a turnover which is equal to HAL. Sometimes it makes one wonder if the IAF and HAL have the spark of nationalism in them at all.Glorious opportunities to do their bit for the nation are being squandered by both of them. The time has come for Manohar Parikar to wield a heavy hand and bring both these errant organisations to work in line with national objectives.

IAF must learn from the Navy.

I wager that Naval Tejas may well be inducted sooner than the IAF version ! Stationed on INS Vikramaditya, it may well be the first to fly closest to Pakistani shores, given that IAF plans to tuck away its Tejas squadron to far away Sulur (whose stupid decision is this, God knows).

In this case, the Navy could call for private participation to speed up the production capacity and augment HAL. HAL ccould be the lead integrator, with private companies helping in the manufacture and logistics. What better example of "Make in India" than this ?
___________________

On the IAF's version of Tejas, I say once again, just dump the IAF. Give them their 40 odd Tejas (which they'll accept reluctantly anyway).

HAL must make 1 Tejas unit and donate it to Afghanistan. India can easily do it under the yearly donations made to that impoverished nation.

It can help the Afghan Air Force to quell any Taliban militia on the ground, given its superb bombing abilities and CAP. It can also criss-cross Afghanistan, given its decent combat radius. It can even keep nosy PAF fighter jets and Pak Taliban at bay.

This will help further boost Indo-Afghan relations, besides help market the Tejas to the global stage. Target nations: Middle-east, Africa, SE Asia, Eastern Europe and Latin America. Even the Canadians and Mexicans can be wooed.

Great news. Happy to see some progress.
If hal is able to deliver naval lca on time and schedule. It would mean most of the fault for tejas delay lies withthe IAF