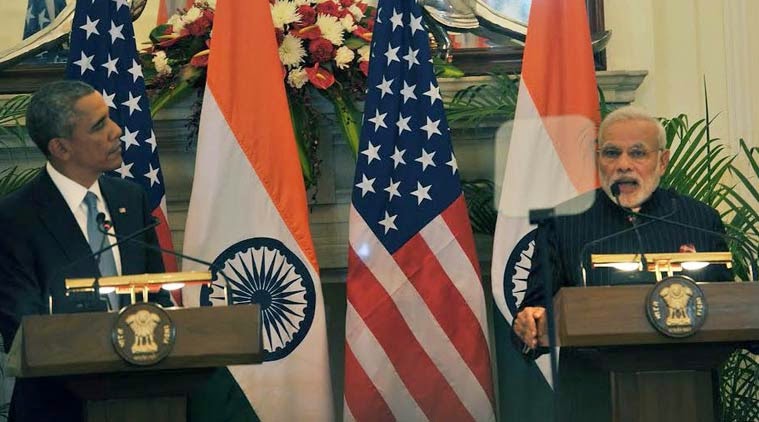 Washington and New Delhi have announced that they have bridged the gulf that has deterred US nuclear power generation companies from entering the Indian market since 2008, when the US-India civil nuclear agreement was signed.

On Sunday, President Barack Obama hailed the “breakthrough” agreement after talks with Prime Minister Narendra Modi. Modi stating that India was “moving towards commercial cooperation (with the US in nuclear power generation), consistent with our law, our international legal obligations, and technical and commercial viability.”

Yet, the joint statement issued by the two countries contained no details of how both sides’ concerns have been met.

US companies like General Electric and Westinghouse, which hope to supply reactors to India, argued that liability should rest with the operator alone. In India, the operator is the Nuclear Power Corporation of India (NPCIL).

India’s position hardened after the Fukushima Daiichi nuclear disaster unfolded from March 11, 2011, when a tsunami knocked out emergency power supply in the Japanese power plant, eventually displacing 150,000 people and triggering a cleanup operation that will cost some $200 billion.

Three major differences had emerged between the US and Indian sides over years of negotiations. The first was a US demand, first made in 2012, for “tracking” nuclear material supplied to India, on a “cradle-to-grave” basis. New Delhi flatly rejected this, on the grounds that the 2008 agreement with the US only permitted inspections by the International Atomic Energy Agency (IAEA), that too only within 14 plants placed under safeguards. The US has now dropped this demand.

The second sticking point was over Section 17(B) of India’s Nuclear Liability Law, which allows the Indian operator to recover costs from the supplier, if an accident were caused by defective materials or equipment. It was believed that this responsibility would encourage suppliers to adopt higher safety standards.

This impasse has been resolved by insuring suppliers against Section 17(B) risk, with General Insurance Corporation (GIC) --- India’s national re-insurer --- which will establish an insurance pool, from which damage payments could be drawn.

“It appears as if the risk premium is low enough to not place a serious burden on the suppliers”, says Siddhartha Varadarajan of Shiv Nadar University.

The third point of dispute flowed from Section 46 of the liability law, which permitted nuclear accident victims to file tort claims for compensation under general principles of law. The US companies believe this would expose them to practically unlimited liability in the event of a nuclear disaster.

The government of India has now provided a written undertaking, apparently from the Attorney General, that this liability would not extend to the foreign supplier.

On Sunday, US ambassador to India, Richard Verma, said both sides had agreed that liability would operate “through a memorandum of law within the Indian system” and would not “require at this stage a legislative undertaking.”

Even so, it remains unclear how New Delhi’s undertaking would withstand the legal challenges that seems inevitable. “This would have to be embodied in some form in the liability law at a future stage”, says Varadarajan.

Verma admits that US companies would have to do their own risk assessment before entering the Indian market.

Rodericks also said that his Indian partners, like L&T, were anxious to get started on actual projects.

The agreement was reached in intensive negotiations between Contact Groups that Obama and Modi had set up in September specifically to break the deadlock. The groups met thrice over the last two months, including a three-day meeting in London last week where the deal was sealed.

Email ThisBlogThis!Share to TwitterShare to FacebookShare to Pinterest
Labels: Inside Tales, nuclear, strategy, US military

The intense negotiation concluded with the USA giving-up its rights to audit fuel from third party suppliers, which in any case they did not have, and India giving up its rights to sue the reactor supplier from supplying defective and untested sub-systems and parts.
Everyone remembers how much the US charged BP for the oil spill in the gulf of Mexico. It was 36 billion dollars four years back. The irony was that people who botched it up were from Deepwater Horizon an American company and yet BP had to foot the bill.

What is a few hundred million dollars considering the damage that a nuclear catastrophe can cause to the environment and our people.

@Broadsword:
caught your pic with LCH TD-3!
Hope you are posting something on it soon :)