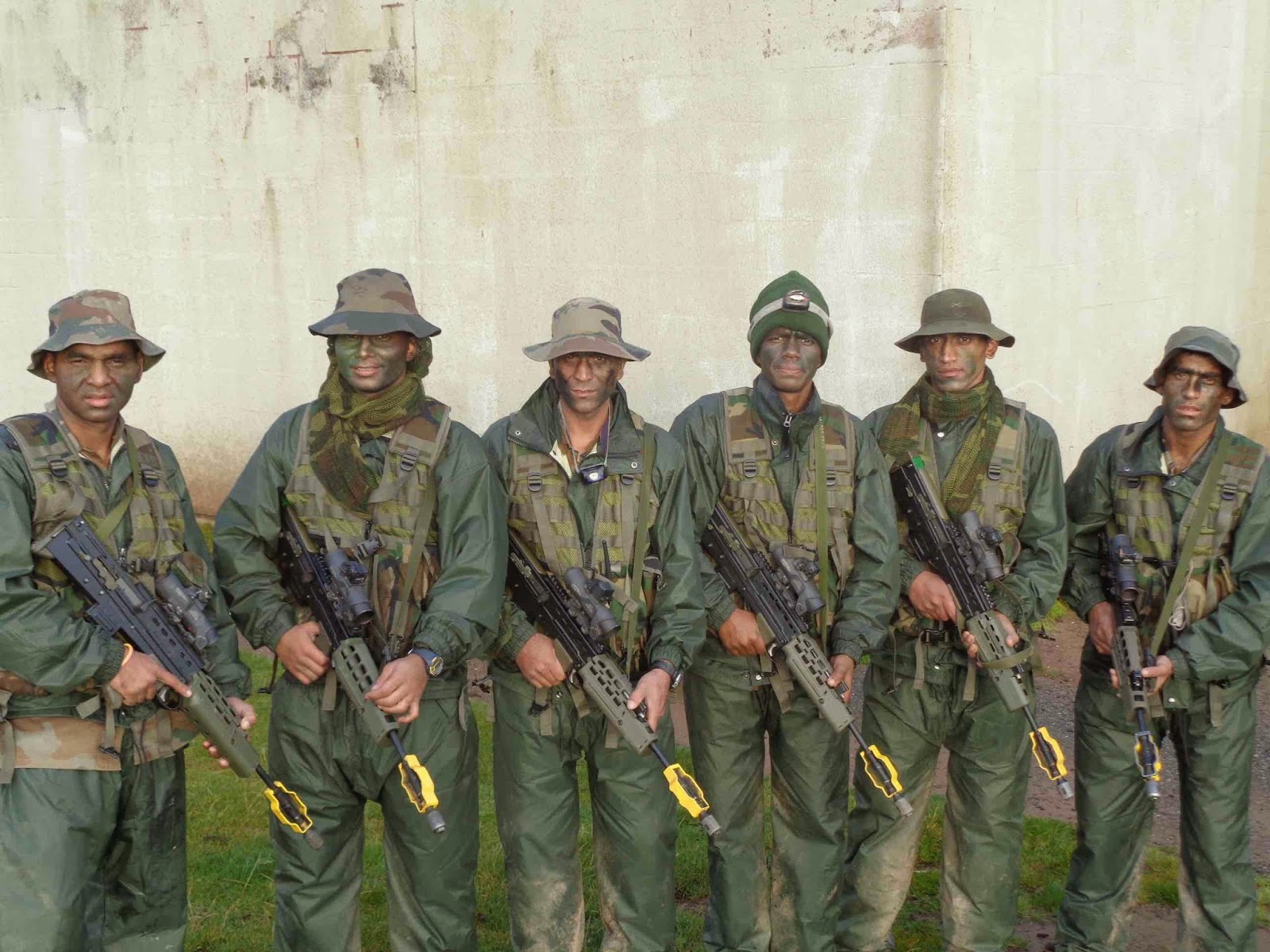 As Major Lalit Mohan Joshi and his team of seven jawans from 8th Battalion, The Garhwal Rifles (called 8 Garhwal) lined up on October 23, in the biting cold of the Cambrian Mountains in Wales, UK, they were prepared for a gruelling test of their endurance and battlefield skills.

Over the next 50 hours, British Army evaluators would judge how the team navigated non-stop across the marshy terrain, and dealt with battlefield situations thrown at them, including enemy minefields, giving first aid to their casualties, bringing down artillery fire, and attacking an enemy bunker. They would swim across an icy river in their 30-kilo backpacks, keeping their rifles dry. Finally, they would reconnoitre an enemy position and bring back information just like a patrol in battle.

This was the Cambrian Patrol, the world’s toughest test of infantry skills, which is described as “the Olympics of patrolling”. This year 119 teams participated, including soldiers from Australia, Canada, France, Italy and Norway. The Pakistan Army sent a specially selected team.

At a ceremony on October 25, five teams were awarded Gold Medals for meeting cruel time lines and displaying tactical skills of an exceptional order. Four were British Army units; 8 Garhwal was the only overseas winner.

“It was cold and foggy, which made map reading difficult. The marshes, which were everywhere, sucked you in. Even so, we retained our focus. Initially, all the other competitors appeared 8 feet tall. But when we finished with the gold, we were feeling 8 feet tall ourselves,” says Lance Naik Gajpal Singh, whose lean frame only hints at the steel inside.

Lance Naik Dimple Gusain describes a deciding factor in the team’s gold medal: when the patrol sneaked up on their recce objective --- an anti-aircraft gun position manned by British soldiers --- they found a British identity card lying on the ground. “When we returned it at the finish point, the organisers realised how close our patrol had reached”, laughs Gusain.

Over years of formidable Indian performances in the Cambrian Patrol, an expectation has grown that an Indian team would do well. Last year, a team from 3/9 Gurkha Rifles won silver; in 2010, the 4/9 Gurkha Rifles team won gold. 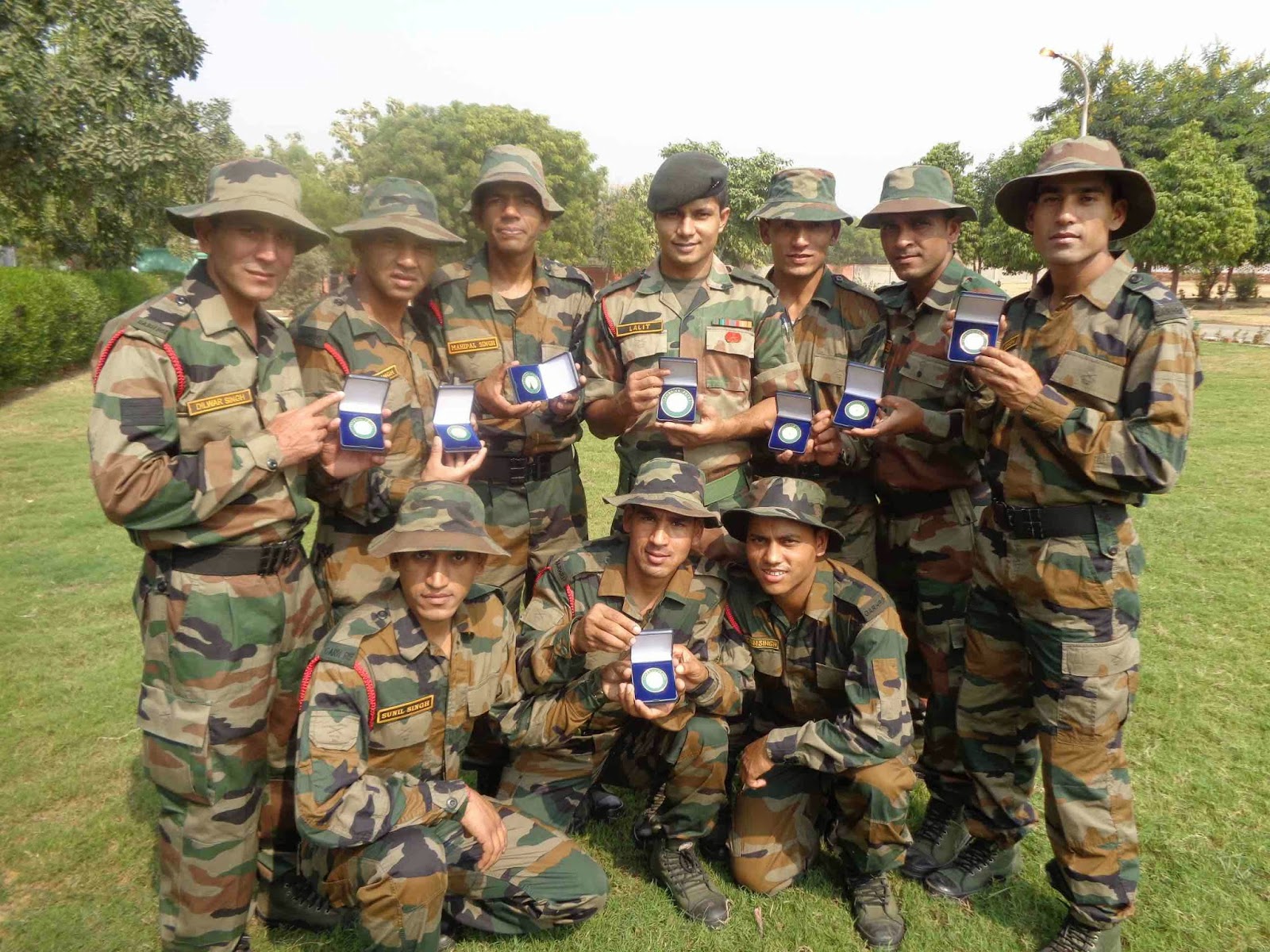 Major Joshi warmly recounts the encouragement of 1 Grenadier Guards, the British Army “host battalion”, which accommodated his team in Aldershot and familiarised them with the British radios and weapons they would use during competition. “They were so pleased at our gold,” says Joshi.

The Indian Army carefully selects the team it enters for the Cambrian Patrol, holding competitions at unit and formation levels to identify the best battalion team. Joshi and his men then trained at the Infantry School, Mhow and spent a month in the mountains at Lansdowne, acclimatising for the Welsh highlands.

“We are incredibly fit, but they pushed us to the limit. At one point, they stopped us at the base of a hill and said, ‘your men are fighting on top, and you need to take them ammunition.’ They loaded 20 kilos of ammunition onto the 30-kilo backpacks we were already carrying. Then they made us run up the hill”, recounts Havaldar Dilwar Singh.

“On one occasion, I slipped and fell face-down into the marsh. My face was in the water, but I was so exhausted that I just lay there. It was an effort to lift myself up and continue”, says Lance Naik Mahipal Singh.

“But this was the most enjoyable thing that any of us have ever done”, chips in Joshi. Every man in the team nods assent.

Says chief organiser of the Cambrian Patrol, Brigadier Martyn Gamble: “About a third of teams failed to finish and is again a testament to how much of a challenge this is. I’m entirely comfortable that only about four per cent of all teams achieved gold. Those people who have achieved a finish or a medal should be applauded.”

Joshi and his men had flown out of India on Diwali, and returned on October 27 --- commemorated as Infantry Day after Indian infantrymen were airlifted to Srinagar that day in 1948, as Pakistani tribal militias closed in on the J&K capital.

“We may not yet have a technological edge, which will be built up over time. But in grit, guts and endurance, the Indian infantryman is second to nobody in the world,” says Lt Gen Ata Hasnain, who is from the Garhwal Rifles.
Posted by Broadsword at 08:08

Kudos for this amazing achievement. It is indeed unfortunate that these lions are not provided the best equipment and weapon that they deserve.

Thanks, Ajai, for this wonderful write up. The Garhwali soldier (affectionately called Bhulla)is built for this kind of activity. His mountain background brings out a natural toughness but what most are not aware of is the incredibly intelligent brain that the Garhwali has. The credit for the continuously improving Infantry skills of the Indian Army must also go to its repeated deployment in counter insurgency operations. Rashtriya Rifles (RR) units do not participate in this contest but it is my conjecture that if they were to do so they would do extremely well. The other great thing is the meticulous way in which the contest is conducted in India, especially at the Junior Leaders Wing of The Infantry School, Belgaum.

You must visit Lansdowne and see for yourself how fit and proficient the average Garhwali recruit is; there won't be many training establishments conducting training the way it is done at Lansdowne.

Its because of super humans like these that the rest of the country sleeps well each night. As citizens we need to pledge to atleast greet and thank every soldier we meet in our daily lives - at the railway station, bus journeys, post office and malls.

How can you but fail to fall in love with an outfit called the Indian Army!

Congratulations for bringing glory to the nation.

Wow ! Lt. Gen. Ata Hasnain has said everything that can be

I find it strange that most major newspapers and TV channels didn't cover this achievement.Speaks volumes about the importance and respect that we give to our soldiers.

mscti WOW. And the ungrateful nation never remembers their heroes. The bureaucrats are more important.

Quote :: We may not yet have a technological edge, which will be built up over time.


My question:: When will that time come? The other article by Ajai is about replacing the HS748 - an unnecessary move.

Quote: Analysts have argued that the Avro-replacement fulfils no operational role. AK Antony, told parliament in 2012 that the programme aimed to “encourage development of the Indian private sector in aircraft manufacture”. His more forthright air chief, Air Chief Marshal NAK Browne, bluntly stated that the aim was to develop a competitor to Hindustan Aeronautics Ltd (HAL).

That is Rs 14000 Cr that potentially could transform the technology used at the foot soldier level.

Loaded 30 kilos ammunition on 20 kilos back pack and made them run uphill. This is cheating by British army. But still won gold.

Does anyone know if the Pakistani's were even able to finish the course.

Well done 8 Garwal we are proud of you and your achievements.

Kudos !!! Love it.... Congrats!!! you make us all feel proud.... Glad to hear your practice and dedication has made a name for the nation...

You deserve it. Makes sure you pass your experience on to others in the Army.

Thanks for the additional information. For those not aware that it was General Hasnain's battalion --- 4 Garhwal --- which was the first Indian battalion to participate in the Cambrian Patrol in 2005.

Well said. Unfortunately, there is little realisation that money wasted on X is money that is milked away from badly needed Y.

The Pakistani team won a silver medal. Notwithstanding the foolish drumbeat from half-assed jingoists, there is little to choose between the Pakistani and Indian armies.

I would go further and say that in several tactical disciplines, such as artillery fire correction and observation, the Pakistanis have performed better than Indians.

You say, "This is cheating by the British Army".

And it is this kind of crappy complaining and sense of victimisation that discredits a person.

The British organisers loaded those 20 kilos because it was one of the tests of endurance.

Thanks for such a great reply. I am not assuming the other anon meant any ill towards Pakistani forces. The fact is armed forces of both nations are doing their job, a thankless job.

@Broadsword
Participating in this competition was initiated by Infantry directorate amidst many Nay Sayers.4 Grahwal participated in this competition twice in 2005 and 2006 and both the times bagged Silver. That time it seemed The British would not gold to Indians but it is good someone persisted. By the way British Army Gorkha unit also participates in the compition and always manages gold.

The main problem in the Competition is the "Language". The team organisers ask many question to soldiers about NBC warfare, equipment, aircraft recognition, patrolling, observation, their reaction to the situation and the soldiers but has to answer in English. We know the standard of English of our soldiers.

There was once an idea floated by Gen Bhartwal to organise such a competition in India for our friendly countries in the hills / foothills of Garhwal, Kumaon or HP (say Kasuali).

Can Gen Atta and Ajay rejuvenate that idea ? Landsdown or Chuabatia has excellent terrain and water bodies around though not as sucking as the marshes of Wales. A small organisation can work to hold the competition there for friendly Militaries from Asia, Africa and Latin America. No new infrastructure is required.

So far Pakistan is concerned they also send good teams sprinkled with their SSG.

The PM Narendra Modi mentioning it in his address, Man Ki Baat, is commendable and welcome.

I know Garhwalus are capable of doing this . Proud of you garhwal rifles (Indian army)

Proud of the endurance,stamina and secular ideology and respect towards democratic institutions by the Indian Armed Forces, it stands out in all tests.It never interferes in the functioning of democratic institutions and is fiercely disciplined. The strategic leaders of the army ,the Generals to all officers and the various training institutions of the armed forces should be credited for that. If hatred, religious animosity,and indiscipline enters it,it will be finished like card box,no matter how agile it will be... kudo's to the leaders of the army ,for inbibing in the average soldier all the above principles..Ajay,u too can take credit ,and Gen Hasnain,too in line of his duty was an example of all these principles.

Hi Ajay,
This year my Dad's Battalion 2/8 GR has won the gold.:)
Miss your analysis on NDTV.
regards,
Ashish Joshi

Dear all, 8 garhwal rifles was my father battalion, glad to see this monuments achievement, his Service # was IC22878, please connect with me if some of the officers from the same regiment would recall Major SR yadav, my email id is anilyad@gmail.com thanks