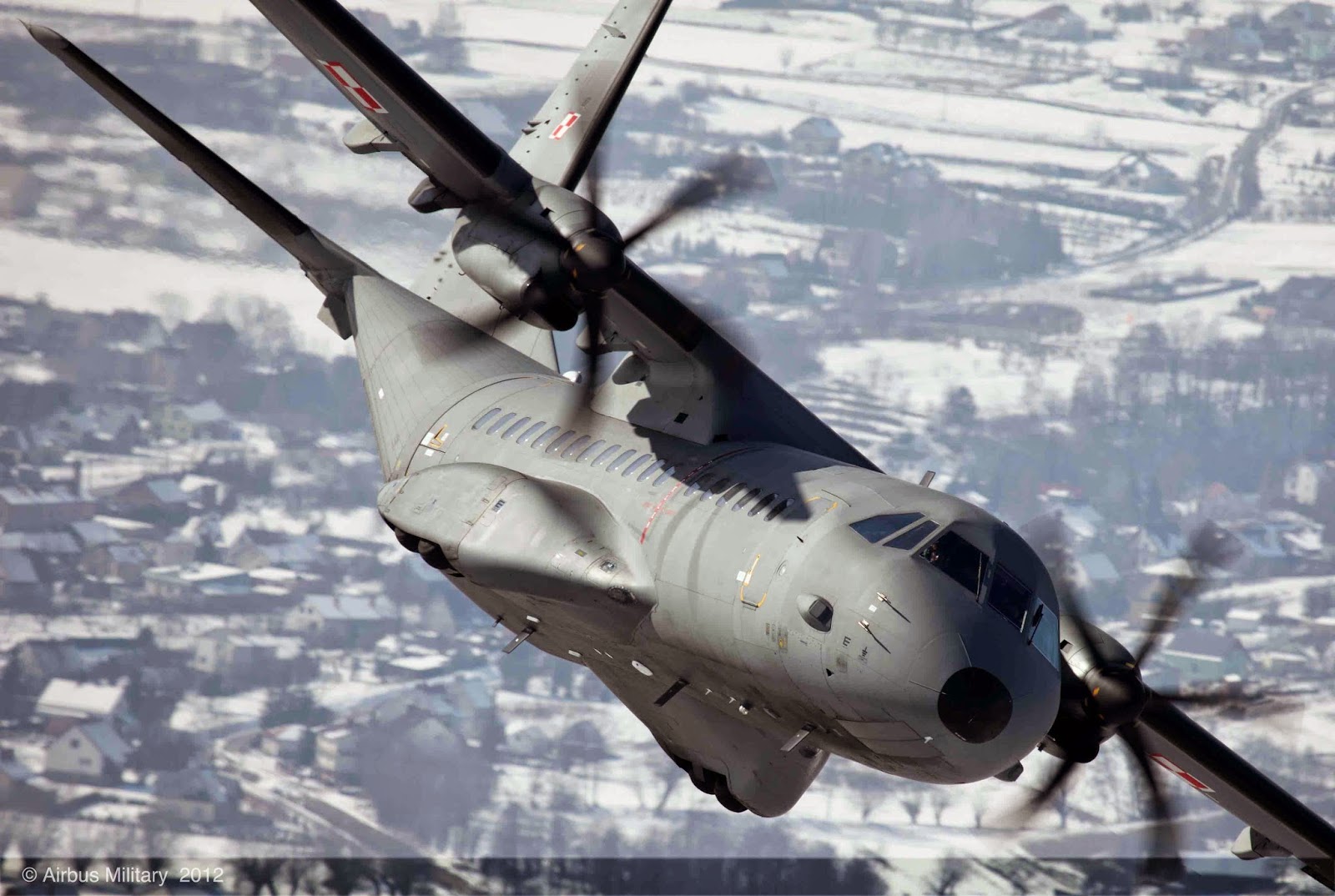 The C295 transport aircraft (in Polish colours), which Airbus-Tata proposes to build in India

Only a single bidder --- an Airbus Defence and Space, and Tata Advanced Systems Ltd (TASL) consortium --- has bid in response to a MoD tender that closed on October 22. The Airbus-Tata consortium has proposed to build the Airbus C295 medium transport aircraft.

“The director general of acquisitions will take a decision on this when he returns to office on Monday from his current travel,” says the ministry spokesperson.

In May 2013, the MoD had issued a global tender --- called a “request for proposals” or RfP --- to original equipment manufacturers (OEMs), including included US firms, Boeing and Lockheed Martin; European multinational Airbus Defence & Space; Antonov of Ukraine; Swedish company Saab; Ilyushin of Russia; and Italian company, Alenia Aeromacchi. These OEMs are required to partner an Indian private company to build 40 aircraft in the country, after delivering the first 16 off-the-shelf, all within eight years.

Yet, for various reasons, only one OEM has bid. Amongst those left out is Antonov, of Ukraine, which had partnered Larsen & Toubro (L&T) in a proposal to build the An-132 aircraft in India. However, political turmoil in Ukraine, following Russia’s annexation of Crimea, has stalled its bid.

In August, in a major government reshuffle in Kiev, Antonov was moved from under the charge of Ukraine’s industry ministry, and placed under the ministry of finance. The IAF rejected Antonov’s request for more time to let its new ministry clear its bid.

On August 25, Ukraine called a snap election, which was eventually held on October 26. On October 20, with Kiev in the throes of electioneering, Antonov wrote again to the IAF, asking for more time. With that request turned down, Antonov has not bid.

The Swedish company, which wanted to supply the Saab-2000 aircraft, has not bid because the MoD is unwilling to let it build all 56 aircraft in India. The RfP insists that 16 aircraft must be supplied in flyaway condition. Saab, having shut down its line in Sweden, wants to build all the aircraft in India, which the RfP does not provide for.

A senior MoD procurement official say it would be difficult to continue with a single vendor. A waiver would be required for that deviation from the Defence Procurement Procedure (DPP).

“There is no justifiable reason for not extending the submission date in order to bring in more OEMs, given how many times we have already extended the date,” says the procurement official, on condition of anonymity.

Since the RfP was issued on May 8, 2013, the date for submitting bids has been repeatedly postponed. The initial submission date was extended from October 8 to December 8, 2013; after several OEMs requested more time to prepare their bids.

The next postponement, to March 2014, came after Praful Patel, then heavy industries minister, demanded that public sector undertakings be allowed to participate alongside the private sector. When elections were called, the United Progressive Alliance postponed bid submission again, leaving it to the new government.

Analysts have argued that the Avro-replacement fulfils no operational role. AK Antony, told parliament in 2012 that the programme aimed to “encourage development of the Indian private sector in aircraft manufacture”.

While the MoD tender flounders, HAL has proposed extending the life of the Avro fleet. HAL points out that, since each Avro flies barely 350 hours every year, most of them have a residual life of about 80,000 hours. In a request for information (RFI) released on August 15, HAL has proposed replacing the aircraft’s engines (Rolls Royce Dart) with “modern fuel efficient engines”.

The MoD had estimated that the Avro replacement programme would cost Rs 11,897 crore. However, given the rupee’s decline since when the project was sanctioned, the current cost would be closer to Rs 14,000 crore.
Posted by Broadsword at 08:17

Hi Ajai,
I think there is a mistake in the article There is no Antonov An-132, the only comparable aircraft with rear ramp is the An-140. I might be wrong though

i dont think their is need to go for much deliberations as to which plane should replace Avros, my contention is that C130J-SH or C130J is the best option (if LM participates)with numbers ultimately touching 125 for exclusive use (56 for IAF, 28 for IA, 14 for IN, 7 for NSG, 7 for NDRF, 7 for ICGS/BSF, 6 for RAW/IB/NIA)

i say this bcoz their is no point in making just 56 planes as its a completely uneconomical prospect for any company.

It will be prudent if we don't cancel the tender. If it is only one quotation then the agreement should be between the Governments. ( India and EU. representative and TATA nad Airbus are parties) Ultimately the goal is to end the monopoly of HAL. And one bird in hand is better than many in bush. We had purchased many defense equipments when there was only one vendor.

The agreement should not be cancelled. It will resu
T in creation of a second Aeronautical complex in the country. Ideally since the plane has a ramp + carrying capacity is between Avro & AN32, the Russian MTA need to bad cancelled. IAF can have light Dorniers (or equivalent) , medium C295/C130j & heavy C17

IAF will rather go through the entire retender process but not give prospective bidders any extension. Then they cry about delayed acquisitions. Fantastic!

They should have extended by few months instead of retendering which will take much longer time...I think they have too many programs (Avro-replacement, AN-32, MTA, C-130J)...If they wish to go through MTA with Russia, then it must be given to TATA too so it will have two programs and enough orders to into future and establish it as a aerospace company...

Perhaps the global arms manufacturers have blacklisted our notoriously corrupt MOD. Hence no bids. This situation was bound to happen. What else can we expect given our MOD s behavior in the last 10 years.

MoD as usual is torn between historical contradictions; procedures or war readiness. anyway, in all probability the procedures are going to win...i also appreciate joydeep's views on C-130. taking clue from him, the perfect solution is to go for C 130 for whatever numbers and use 56 existing An-32 for task what AVROs replacement is suppose to undertake.... C-295 or C 27j or An..product...certainly cannot stage Su-30 or Rafael squadrons efficeintly what C 130 can do...

We would be crazy to leave this offer. A civilian version could be next, from the house of Airbus, Modiji we need you here with a yes.

I think they should make government to government contract. Merge avro + AN32 requirements and close the deal. It is foolish to expect 2 private sector parties to bid else have HAL as 2nd bidder

Without these public sector is better [laced than any private sector.

Private sector objective is soley to make money. This is not so for Public sector who keep on serving, most of the time, ever before getting a formal query from customer