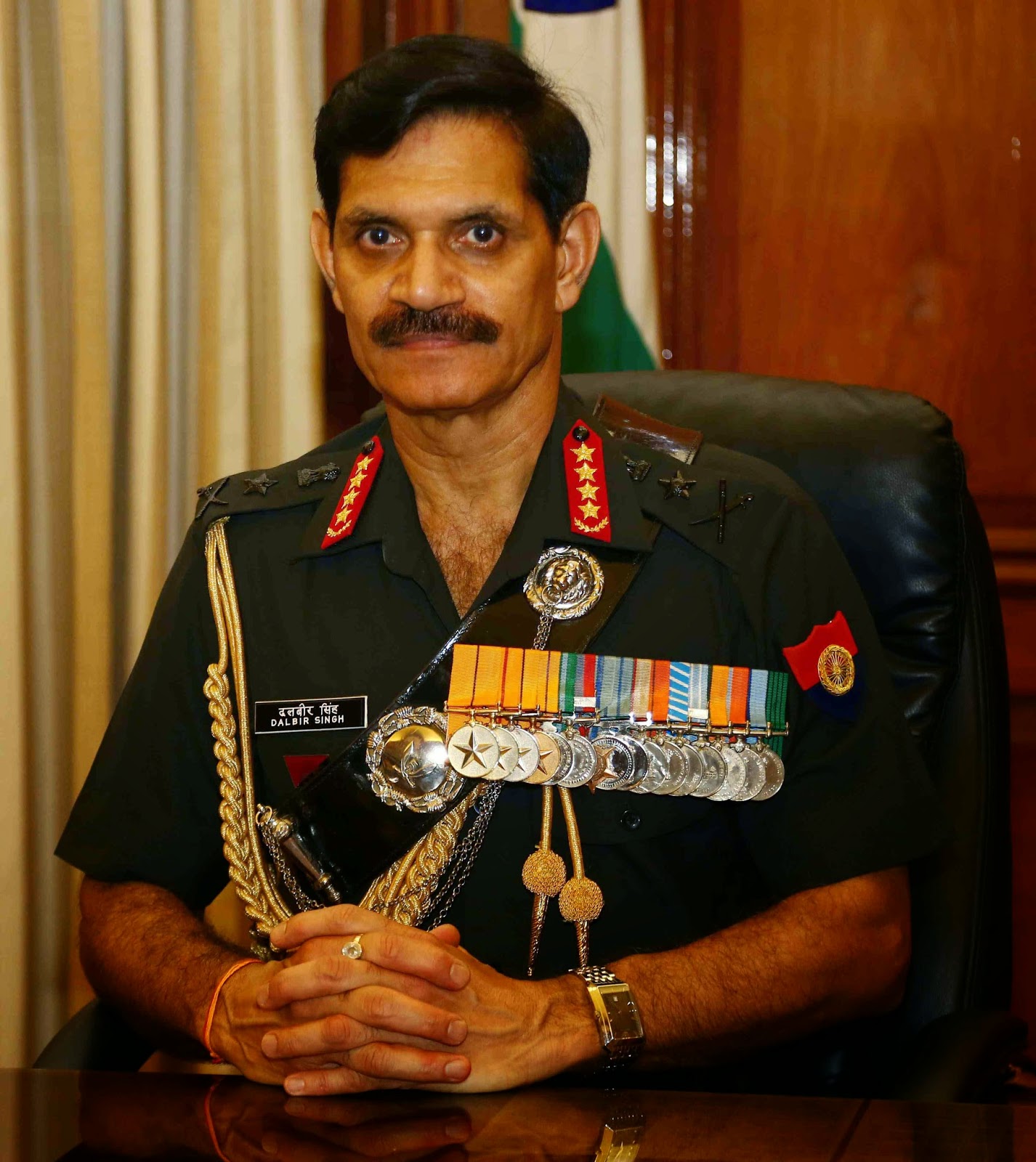 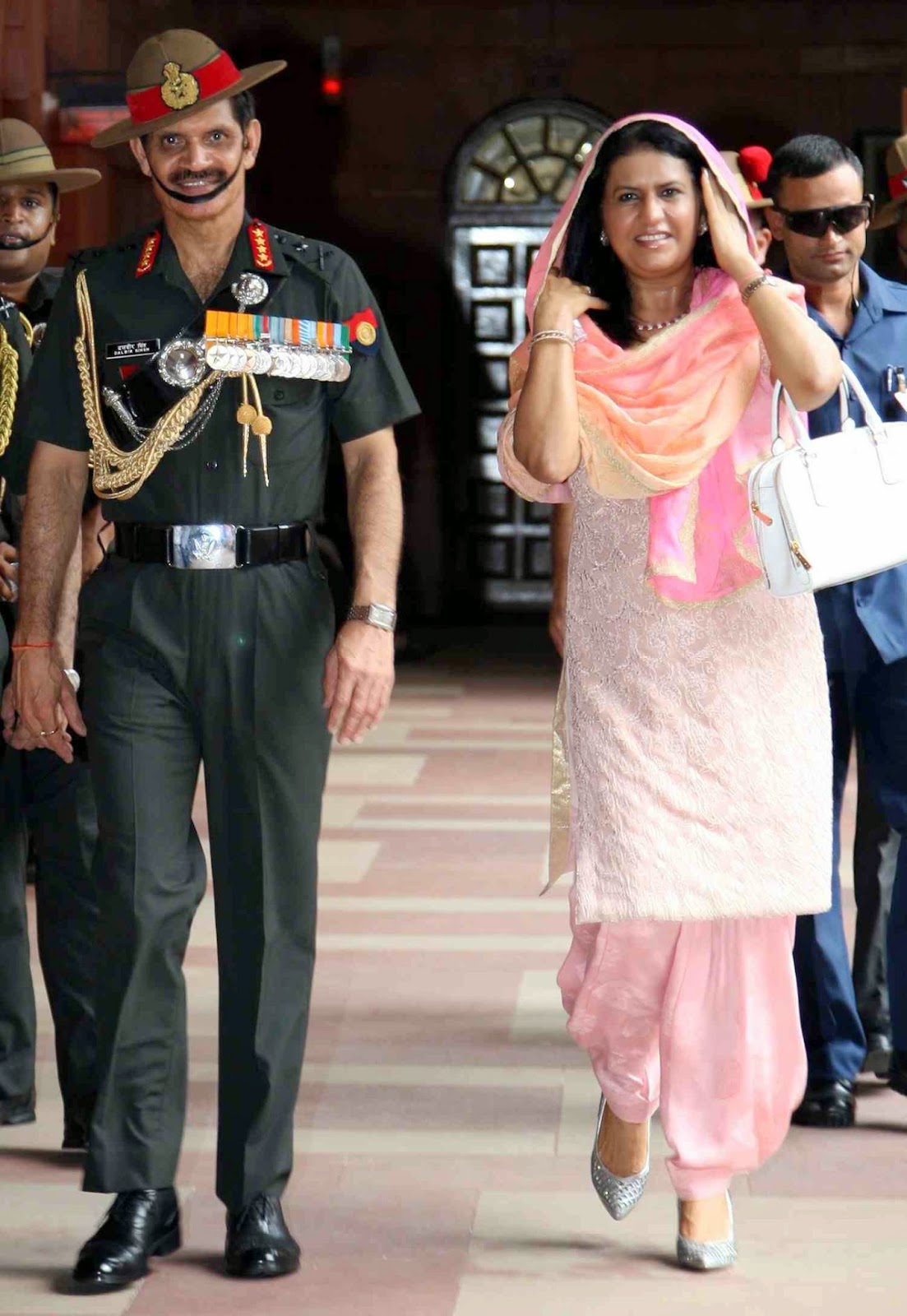 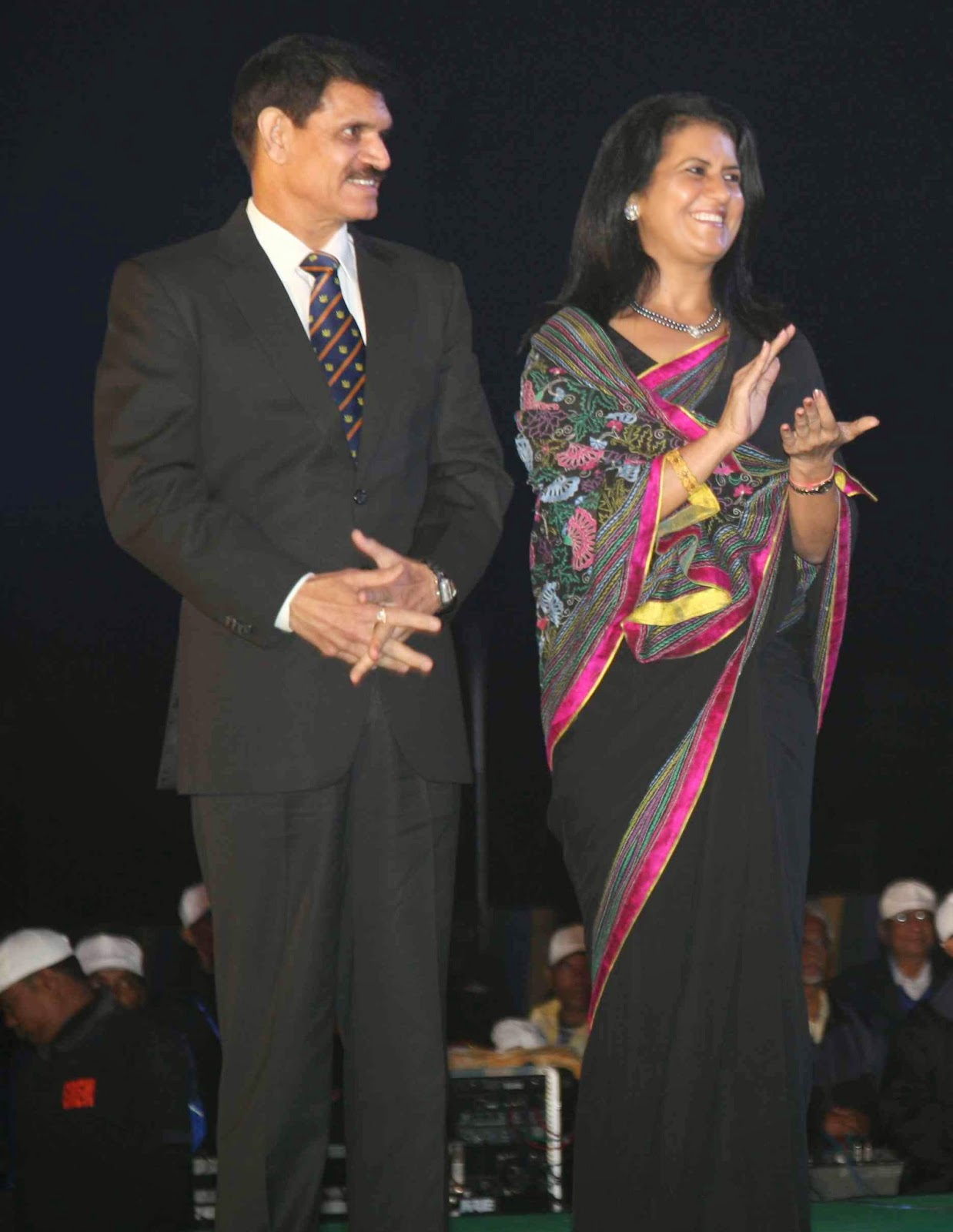 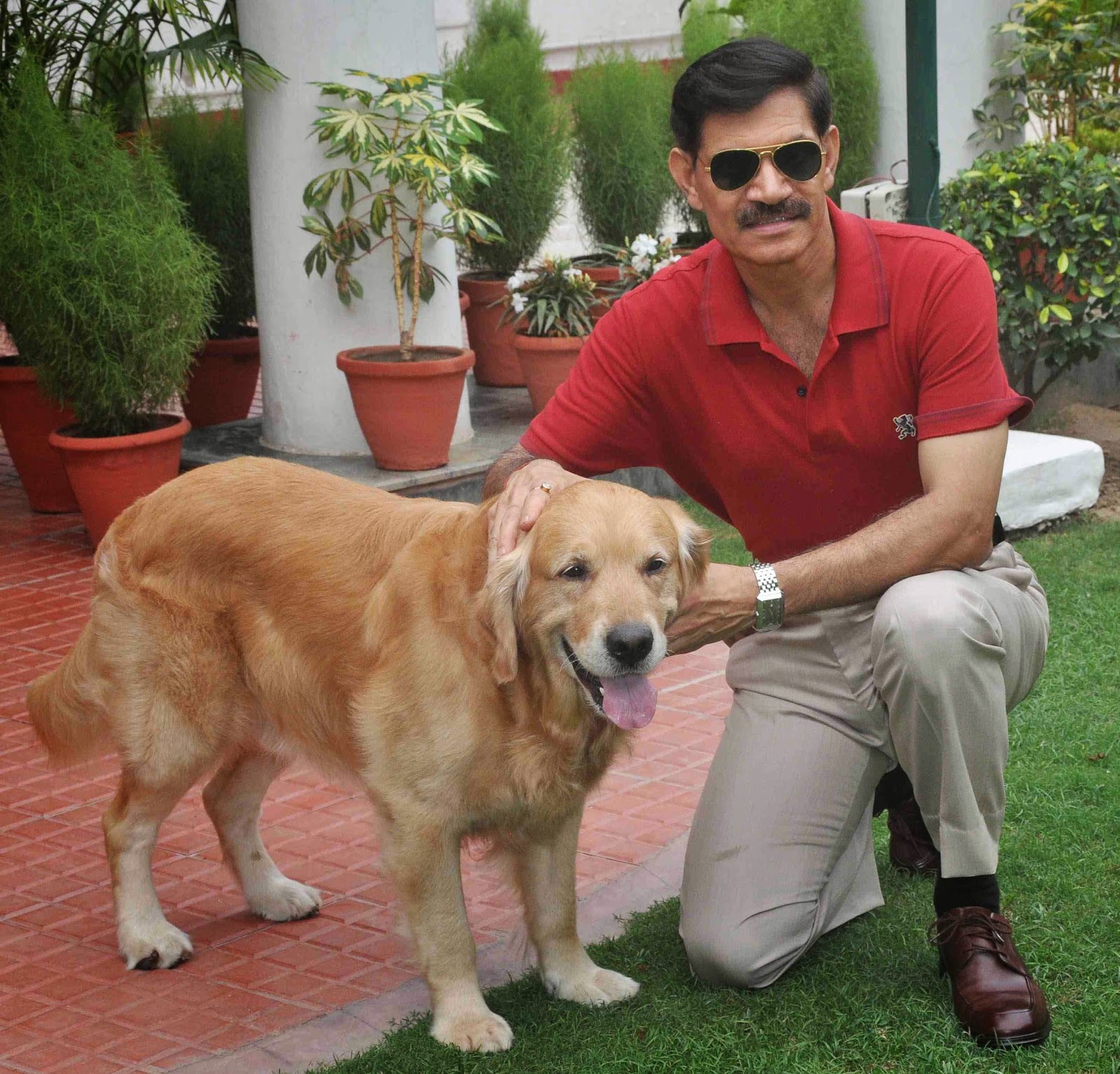 General Dalbir Singh Suhag took over charge on Thursday as the Indian Army’s 26th chief of army staff (COAS), with the outgoing chief, General Bikram Singh, handing him the chief’s ceremonial baton in his office in South Block, New Delhi.

Suhag will be the third army chief --- after Field Marshal SHFJ Manekshaw and General GG Bewoor --- from the storied Gurkha Rifles, a regiment so highly regarded that the British Army still maintains two battalions of Gurkhas even as they slash regular British units. India’s much larger army has 38 Gurkha battalions.

In a sign of growing competition for the top job, Suhag’s ascension to the top job faced a court challenge along the way, as did that of his predecessor, Gen Bikram Singh’s. On July 8, the Supreme Court dismissed a petition from a rival claimant, clearing the way for Suhag.

There was also uncertainty whether the National Democratic Alliance government would uphold Suhag’s appointment. The United Progressive Alliance had named Suhag chief, in the face of charges of “undue haste” from the Bharatiya Janata Party. Yet, the BJP upheld the appointment when it formed the government.

A defence ministry press release notes that the new chief is from “humble beginnings”, hailing from a village near Kurukshetra. According to his official bio-data, General Dalbir Singh “began his schooling in the village primary school that had just about two brick-laid rooms”. In 1965, he was admitted into Sainik School, Chittorgarh, in Rajasthan.

The honour roll in the cadet’s mess in Chittorgarh lists “Cadet Dalbir Singh” among the 12 cadets who joined the National Defence Academy in July 1970. He was commissioned as a second lieutenant in June 1974, the first commissioned officer in a family that had sent several soldiers into the army.

Suhag has seen active service in the Indian Peacekeeping Force in Sri Lanka, in Nagaland, and while commanding an infantry brigade in Kashmir. He later commanded the famous 8 Mountain Division, which did the bulk of the fighting during the 1999 Kargil war and has safeguarded the Kargil sector ever since.

Interestingly, Gen Dalbir Singh is the first army chief who was not selected for the staff college course, a professional landmark deemed essential for career advancement. Nor did he command a Gurkha battalion, being posted instead to raise a Rashtriya Rifles battalion in the north-east.

Even so, the new chief resurrected his career in style, his tough-as-nails, physical approach to soldiering catching the eye of seniors. He was selected to attend the prestigious Long Defence Management Course in Secunderabad and, later, the National Defence College in New Delhi.

While taking over as chief, Suhag has chosen not to make an official statement, or outline a vision for the army. Insiders say he wishes not to emulate General VK Singh, who said while taking over as army chief in 2010 that his foremost priority was to rebuild the army’s “internal health”. Ironically, VK Singh left behind a deeply divided army, after he sharply opposed the appointment of his successor, General Bikram Singh.

On Jun 11, VK Singh, now a minister, lashed out at Suhag for allegedly protecting a unit that “kills innocents” and “does dacoity”. As chief, VK Singh had issued a show-cause notice to Suhag for alleged misdemeanors by a unit under his command. Suhag was later cleared of all charges.
Posted by Broadsword at 06:50

"A defence ministry press release notes that the new chief is from “humble beginnings”, hailing from a village near Kurukshetra."

That's not correct. His village is in Jhajjar district, near Delhi.

GENERAL SUHAG IS A SOLDERS SOLDER. THE ARMY MUST BUILD A BRAND NEW HOUSE FOR HIS OLD PARENTS . HIS TWO ROOM SCHOOL MUST BE MADE INTO A NATIONAL SCHOOL FOR THE TOUGH AHIRS . MR HOODA MUST BE APPROACHED AND BEING AGO GETTER HE WILL DO IT . GENERAL SUHAG MUST KICK INTO SHAPE ALL FAT COLS , BRIGS , MAJ DENS AND ABOVE .BEING FROM HUMBLE BACKGROUND WILL HE BE ABLE TO DEAL WITH THE CROOKED BABUS OF MOD , HOME AND FOREIGN SERVICE OR WILL PLAY SUBSERVIANT TO ALL. THE CHIEFS OFFICE IS LONELY BUGGED OVERSIGHT FROM IB RAW AND JEALOUS GENS HE MUST TRAVEL OUT PLAN HIS BATTLES AWAY FROM SOUTH BLOCK AND GENERALLY SEE THE SCHEME OF THINGS AT THE FRONTIER.

I do not know about anything else, the new Chief is definitely the most handsome Chief the Indian Armed Forces would have ever seen! A shining example to the youngsters to keep themselves physically fit.

You're correct on the village. But I also happen to have the MoD release with me, which says that he is from near Kurukshetra!

They like the image of a battling chief, Mahabharat style...

> not selected for the staff college course

So has be not been to any staff college? I thought this was necessary to command an army, let alone be the army chief.

Ab Suhag tumhari raksha karega (while I take a much deserved break after protecting the suhag of all ladies all these years)!
- Bhagwan

Where is your LCA? Why is HAL not delivering it yet? All big claims and no concrete delivery?

The way things are today, attending the Staff Course really doesn't do much good in the way of intellectual growth. The situation is pretty dismal. Sorry for the anonymous post.

Aha!! Did you forget Field Marshal Sam Manekshaw? According to me, he was the most handsome General ever.