US offer for mountain guns “too expensive” 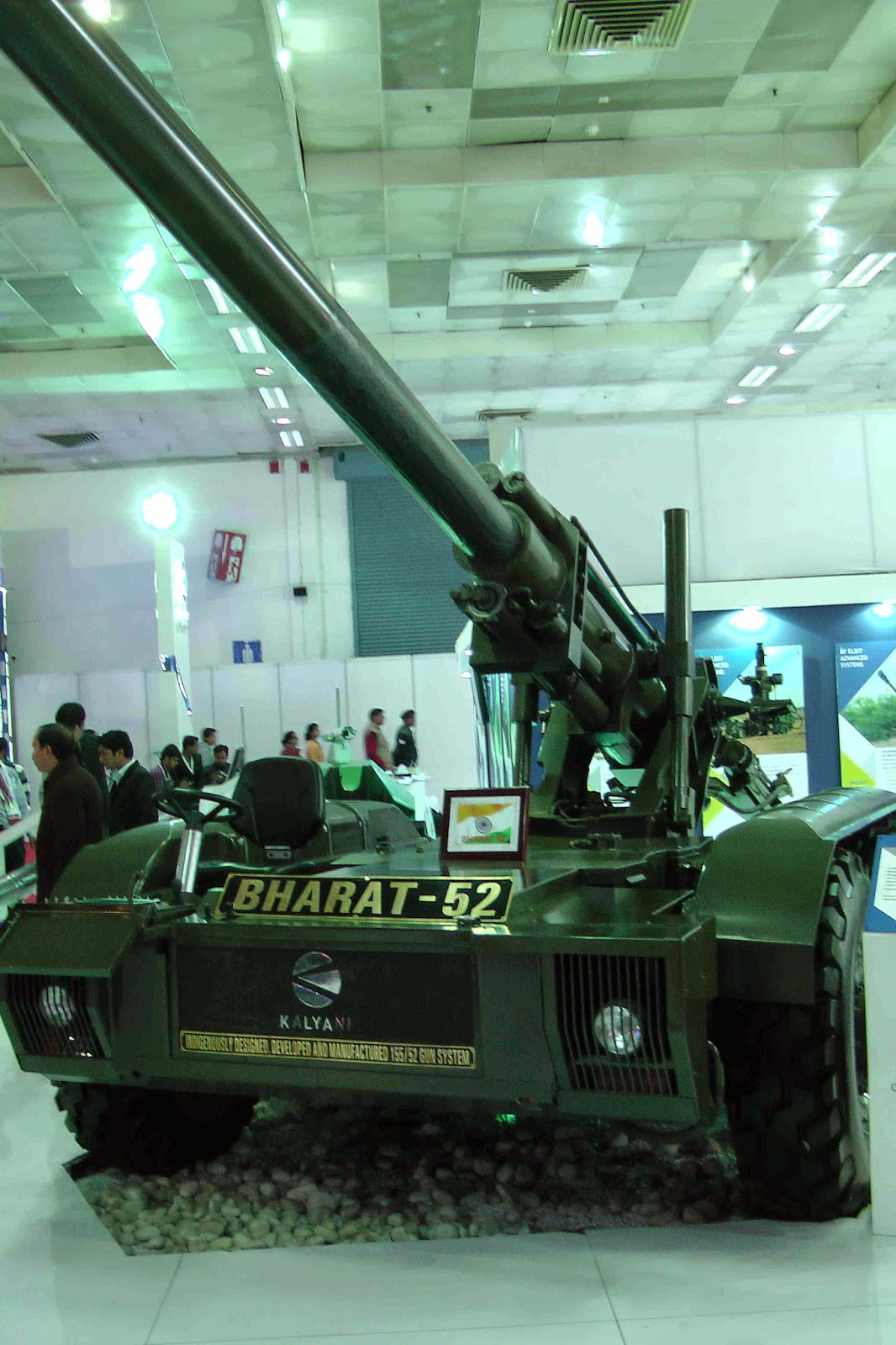 The 155mm/52 calibre towed gun, put together by Bharat Forge in a couple of years

The army’s wait continues for a critical weapon system, the 155 millimetre ultralight howitzers (ULH) that are needed to provide teeth to the mountain divisions on the Sino-Indian border. For years, New Delhi and Washington have negotiated the purchase of 145 M777 howitzers --- manufactured in the US by BAE Systems --- for a price that could now exceed $694 million.

Today, the new government pronounced the US offer unacceptable. Replying to a question in parliament, Defence Minister Arun Jaitley stated, “The case for procurement of Ultra-Light Howitzer (ULH) guns through US Government has not progressed due to cost issues and because the vendor has not been able to come up with a proposal fully compliant to the offset requirements.”

New Delhi is negotiating the purchase directly with Washington because the guns are being bought through the Foreign Military Sales (FMS) programme. In this, the US Department of Defense (Pentagon) sells weaponry directly to buyers, negotiating terms with the supplier (in this case BAE Systems) and charging the buyer government a small fee for its services.

Business Standard learns that the ministry of defence (MoD) is displeased that the Pentagon has raised the cost of the gun. In early 2010, in a Letter of Acceptance (LoA) issued in response to an Indian request for the guns, the Pentagon had quoted $647 million. Three years later, in March 2013, it issued a fresh LoA, raising the price to $694. In October 2013, even that offer expired.

On Aug 7, in keeping with US laws, the Pentagon had re-notified the US Congress about the deal. Superseding its notification of Jan 26, 2010, which had priced the deal at US $647 million, the new notification mentioned a price of “up to $885 million”.

Senior Pentagon sources clarify that the $885 million cost is the “upper limit of the price envelope”, in case the deal takes years longer.  If it is finalized quickly, they say the cost might not be much more than the $694 million in last year’s LoA.

Production on the BAE Systems production line in Hattiesburg, US, closed down last year. Company sources say restarting the line and re-certifying suppliers of sub-systems involve a cost. A company spokesperson told Business Standard, “BAE Systems maintains its readiness to produce the combat-proven M777 for US government sales to the government of India.”

Top Indian Army generals have publicly stated that the shortage of modern artillery would be a crucial drawback in any future war, especially in the mountains. India’s 220 artillery regiments (with 18 guns each) have guns procured in the 1970s and 1980s. With overseas purchases repeatedly tendered and cancelled, and with the ghost of the Bofors scandal lurking over any artillery procurement, the MoD has now begun an indigenous process for obtaining guns.

The procurement of the M777 was further delayed by the blacklisting of its competitor, the Pegasus howitzer offered by Singapore Technologies Kinetic (STK). That has made the M777 purchase a “single-vendor contract”, which has tended to make the MoD tread cautiously.
Posted by Broadsword at 07:11

It is a shame that a tiny nation like Singapore can make ultra-light 155mm howitzer but we can't or we just do not to produce! We are sending satellite to moon and mars but can’t produce a howitzer!! What an irony .

DRDO-DPSUs-IAS Unity Zindabad. Antony or Jetley are all the same-to-same & Brass is for display as trophies in the offices of JSjees!

If we really need to change all the machinery
Why army need a only 155mm howitzer for mountain? Why not a smaller bore gun which is much lighter in weight and highly maneuverable! In mountainous region more than the range (range increases due to thin air) the accuracy matters ! I think Baba Kalyani group made Garuda 105 mm (Copy of Hawkeye 105) Howitzer could have been a good choice. It may be smaller in bore but much lighter (less than 1 ton, compare to almost 4 ton of M 777) and easily moveable on a Jeep. Considering the pathetic condition of roads at Himalayas and we do not too many heavy lift helicopters, it may be a good choice.
Disclaimer : I don’t have any interest in that said group.

We can product howitzers, its not that we cant. But we simply don't accept what we produce because there is less money to be earned by bureaucrats if we go domestic. Does someone imagine why does the cost of all our equipment increase once ordered. I am pretty sure all know where the extra money is going.

1. Dhanush Gun (only 100 ordered, it should be 500 guns)
2. Bharat Gun (not even tested)
3. Pinaka (only 80 inducted)
4. Arjun Tank (declined for the T90, despite being better in every aspect)
5. Tejas (why only 40 Mk1 - it should at least be a 100 and another 100 mk2, this would ensure continuous production and IAF would get 200 jets for $7 billion, would it not make sense to take more FGFA as they are the future, plus HAL should take the onus of taking 50% of that work)
6. We should also set up a domestic submarine building felicity in collaboration with a foreign sub maker.

What we need to import:

1. Chinook (we should double the order for this)
2. Submarines (improved kilo class submarines - only 6 of them with the brahmos would be a gap filler until project 75I)
3. Self-propelled howitzers (too many types requested, would it not make sense to take 800 mounted guns it would cost 3 billion and give us the quantity)
4. Naval Helicopters
5. Light utility helicopters
6. Import basic trainers
7. Import Intermediate trainers, HAL has enough on its plate, (Tejas, Sukhoi, FGFA, Dhruv, Rudra, LCA, LCU) I always felt that HAL should have produced a basic trainers not a level 2 trainer.

Can all the forces not be helped with those funds

Well this all is coming to 15 Billion Approx + the cost of maintaining it.

I know this topic is drifting from the main topic but would be good to think. Why don't we take the stuff we produce.

MoD should give bharat forge guns a chance.

Karnel Saab, what is your thought about this:

You do know, I am sure, that there is a whole industry out there that is focused on talking up the F-35... and another on talking it down.

I can't recall a single... NOT ONE... article that discusses its pros and cons in an unbiased manner.

is defence industry in usa manned only by americans?
nope. rather a good chunk of people working for various defence companies, come from Europe, china, india etc. these are mostly people who shifted to usa to pursue higher studies and then were absorbed in the industry. so using foreign talent to develop our defence industry is an angle to pursue for indigenous production. target especially Germany and japan, who though have great talent in this field, are unable to utilize it fully due to restrictions imposed on them after world war 2. maybe if they don't want to move to india, then indian companies through the private sector (tata, reliance etc) can setup shop in these countries or maybe even a neutral country and hire talented people to produce things we are unable to produce internally.
for example, india has struggled to manufacture a fighter aircraft engine locally. maybe that is a project that can be done through indian private companies using talented germans and Japanese engineers.

I would like a clarification if possible from you. In your article dated May 2, 2014 the P 15A class of ships, you have mentioned 64 LRSAM or Barak 8.

However as per images of the INS Kolkata released recently there are only 32 VLS for the role.

But sources suggest that another 32 Barak 8 rounds are stored internally in the ship.

Is this true? A reply would be greatly assuring.

What pathetic decision making by the Indian government. Woes continue for the infantry. There is no trust in the fledgling local defence artillery offered by kalyani forge.

THE DEEPLY IMBEDED ISI AGENTS IN VARIOUS DECISION MAKING DEPTS HAVE ENSURED NO OFFENSIVE HOWITZERS BEING INDUCTED FOR LAST 30 YRS. INDIAN MOUNTIAN , RAPIDS , STRIKE CORPS AND
DESERT FORMATIONS ARE DENUDED AND POORLY EQUIPED WITH THE OUTDATED ARTILLARY . FORCED RECRUITMENT OF POLITCANS , IAS , IFS , IPS AND BUSINESS MEN SONS AND DAUGHTERS WILL SEE RAPID AND LATEST EQUIPMENT BEING INDUCTED, WITHOUT DELAYS AS WHEN BODY BAGS ARRIVE HOME IT WILL NOT BE POOR SONS OF FARMERS , CLERKS , GOVT OFFICALS , TAXI DRIVERS , TRANSPOTERS , SHOPKEEPERS AND LOWER RUNGS OF INDIAN SOCIETY .