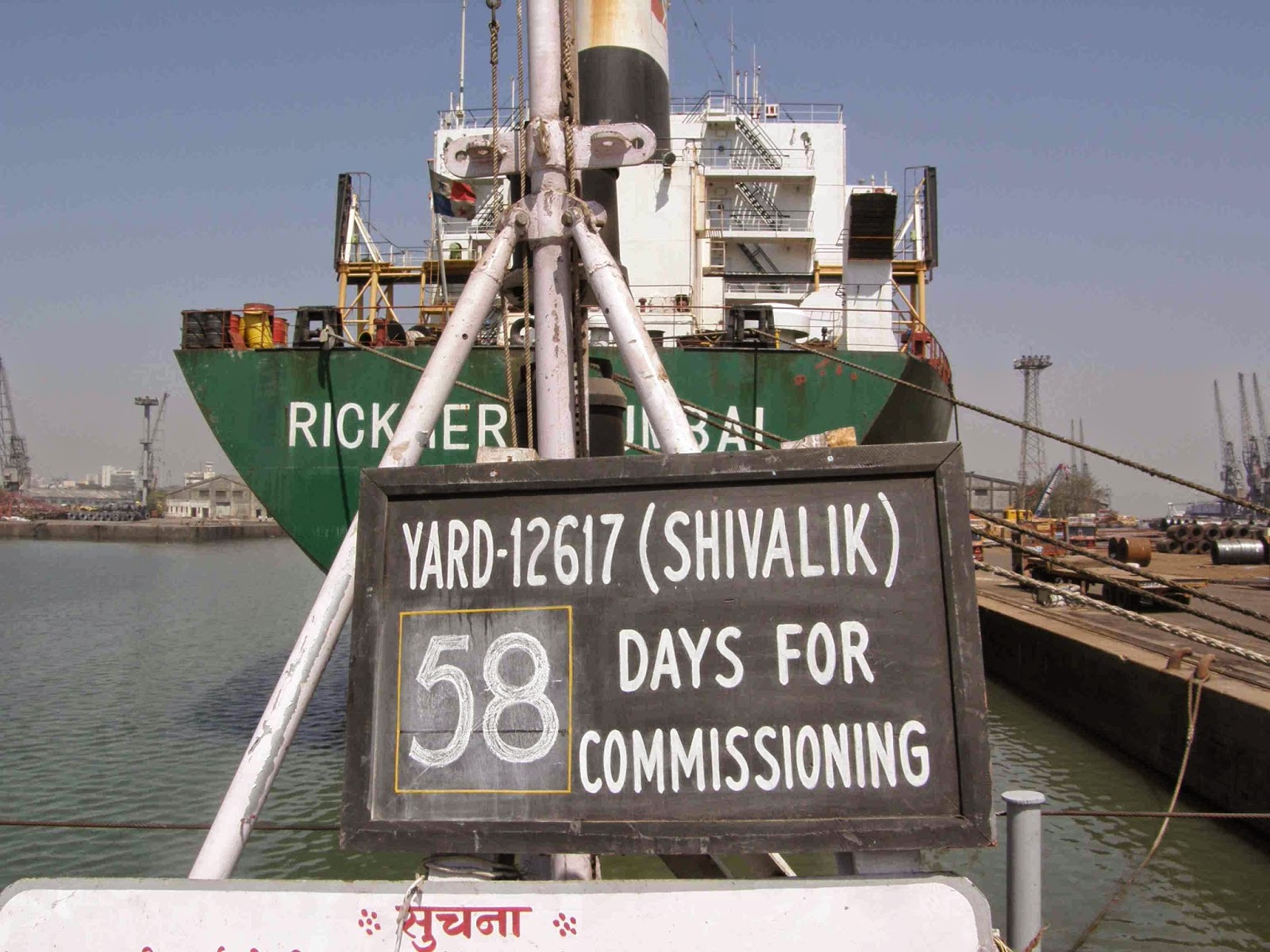 At the start of this year, INS Vikramaditya, the navy’s brand new aircraft carrier, sailed into the Arabian Sea near the end of a non-stop, 15,000-kilometre voyage from Russia. Accompanied till the Mediterranean by a single Talwar-class frigate, the Vikramaditya was joined by an armada of Indian warships for the last leg of its journey. This was not celebration, but operational safety. With the navy’s best warships worryingly incapable of detecting modern submarines, such as Pakistan’s Agosta 90B, the flotilla was tasked to bring Vikramaditya safely home.

The reason for this blindness to submarines: the ministry of defence (MoD) has steadfastly blocked the import of an Advanced Towed Array Sonar (ATAS), a sensor crucial for detecting submarines in warm, shallow waters like those of the Arabian Sea. Without ATAS, India’s most advanced warships --- including 25 destroyers, frigates and corvettes built and bought since 1997 --- would be sitting ducks in any future war. Enemy submarines, lurking undetected, can pick off Indian warships with heavy torpedoes from 50-80 kilometres away.

The import of ATAS was blocked since the mid-1990s because the Defence R&D Organisation (DRDO) was developing an indigenous ATAS called Nagan. In 2012, the Nagan project was officially shut down and the DRDO began work on another system called ALTAS. This has not been operationalized either.

Meanwhile, two generations of otherwise capable warships sail with an empty space where ATAS will be fitted some day. Until then, these vessels have only limited sonar capability, provided by a relatively ineffective Passive Towed Array Sonar (PTAS), and a hull-mounted sonar called HUMSA.

In 2009, responding to a furious navy, the MoD consented to import six ATAS for some Rs 300 crore. A German company, Atlas Elektronik GmbH, won the tender but the contract was stalled by predictable complaints of wrongdoing. After the MoD found four successive complaints baseless, the ministry’s independent monitors committee examined the allegations in March. No wrongdoing was found and the committee suggested the purchase be expedited. Yet, Defence Minister AK Antony continues to stonewall.

A serving admiral told Business Standard tersely: “The MoD is endangering warships worth several thousand crore each, and the lives of several hundred crewmen, by blocking the import of ATAS that costs just Rs 50 crore each.”

ATAS is especially vital for our neighbourhood. Warships detect underwater objects (like submarines) with sonar --- a “ping” of sound emitted into the water that reflects back from submarines, just as radar bounces back from aircraft. In our waters, however, that signal often gets lost. Our warm climes cause a sharp “temperature gradient”, with warm water on the surface that cools rapidly as one goes deeper. These water layers at different temperatures refract (bend) sonar waves, often deflecting them altogether from the warship’s sensors. With the returning sound signal lost, the warship cannot detect the submarine.

To overcome this, an ATAS is towed by the warship with a cable, extending deep below the surface, into the cooler layers where submarines lurk. With the ATAS positioned in the colder water layers, there is no “temperature differential”. Even the faintest return signal from a submarine is detected.

PTAS, unlike ATAS, does not actively “ping”. It can only detect a submarine that is emitting sound. Since submarines on patrol are deliberately silent, they emit no sound for a PTAS to detect.

While the Arabian Sea offers tricky, shallow-water operating conditions, the Bay of Bengal is much deeper. Thirty kilometres off Karachi, the ocean floor is just 40 metres deep; while 5 kilometres off Visakhapatnam, the depth is 3,000 metres. The Arabian Sea, therefore, is the playground of small conventional submarines.

In servicing India’s need for high-end sonars, the winner of the ATAS tender would grab in pole position. Already, Bharat Electronics Ltd (BEL) is building 10 ATAS in partnership with a foreign vendor, probably the winner of the ATAS contract. Eighty advanced sonars could be tendered over the next three years.

Besides submarines, sonars would be required for anti-submarine surface vessels. Last month, the MoD tendered for 16 Anti Submarine Warfare Shallow Water Craft (ASWC). Their critical sensor will be sophisticated sonar with an electronically controlled beam that can flash in any direction.

Notwithstanding the delay in ATAS, Atlas Elektronik is expected to perform strongly, given its expertise in shallow water sonar. Through two world wars, German submarines (called Unterseeboots, or U-boats) were feared for their sonars. During the Cold War, German submarines operated from a short coastline along the Baltic Sea, which was relatively shallow, like the Arabian Sea.

Neither the MoD nor Atlas Electronik responded to an emailed request for comments for this article.

The MOD buggers are really burying the country.

I wish this AK Anthony to spending a painful painful agonizing time ahead for having making my dear armed forces fight blind.

Bloody Congress.Bloody Defence Minister. I Hope we can change some situation in next few years.

DRDO....cmon u should get the priorities right.

After more than 40 years of the INS khukri incident, the lesson has still not been learnt. Maybe it is the duty of another PNS Hangor to make the early decisions for ATAS. St.Anthony should be tried for treason. Was he taking govt. salary to sign deals or just to blacklist companies.

Ajai, you have given a good technical description of the shallow sea-water sonar problems. Indeed an ATAS is needed. I wonder why DRDO cannot have a bunch of IIT or IISc profs/PhDs do a research study of Arabian sea around our coast line. I am sure Navy already might have the relevant research data (temperature gradient vs sound propagation profiles using string of controlled implosives) available for analysis. My guess DRDO lacks skills/ingenuity in testing and confidence in their designs for certifying them as battle-field "deployment" grade. Germany has learnt its lessons from 2 WWs to be able to design and certify with confidence its systems. How many such lessons has DRDO learnt? India needs intelligent Risk-takers and fearless adventurers to become self-reliant and future exporters of High-tech. Sitting with defensive posture will certainly not bring us Glory! Blood & Glory go together and not "Gandhi-waad" & Glory. Unfortunately our culture forbids precisely such dynamism and thus our sorry state of affairs. Maybe Modi might be such a dymanic leader after Indira Gandhi. The rest were/are competing for the title of Mahatama!

Ajai please write some thing about the already delayed Arihant SSBN project, there are news that the reactor is Leakey, noisy and is vibrating beyond the limits?????

The refusal to learn lessons from engagements in the distant and recent past is a hallmark of our ministry. There are essentially, two problems. One, the entire system of procurements is archaic and just too slow. Two, is obviously a complete and utter lack of knowledge of even a basic degree amongst defence ministry mandarins and ministers. Such a slow and imperfect system staffed by unresponsive and 'non' accountable people is the bane of our armed forces.

just waiting for the new Raksha Mantri to take over. Thank god the UPA were routed in the polls.

What can be said!! AK Antony was so busy in pulling down the pyjama of Dr MM Singh that he hardly had time for anything else.

MoD Babus enjoyed all this time by making money. Whenever any issue cropped up, they solved it by opening a DPSU or a DRDO lab in Antony's backwaters in Kerala. Indian Navy became his personal boat service and its headquarters were de-facto shifted to Kerala.

If he had stayed for another five years, majority Indians would have migrated to safer countries.

Antony is going to be baptised into Saint by pope for having a squeaky clean spotless image. Job comes later.