INS Kolkata, navy’s most powerful warship, to be delivered next month 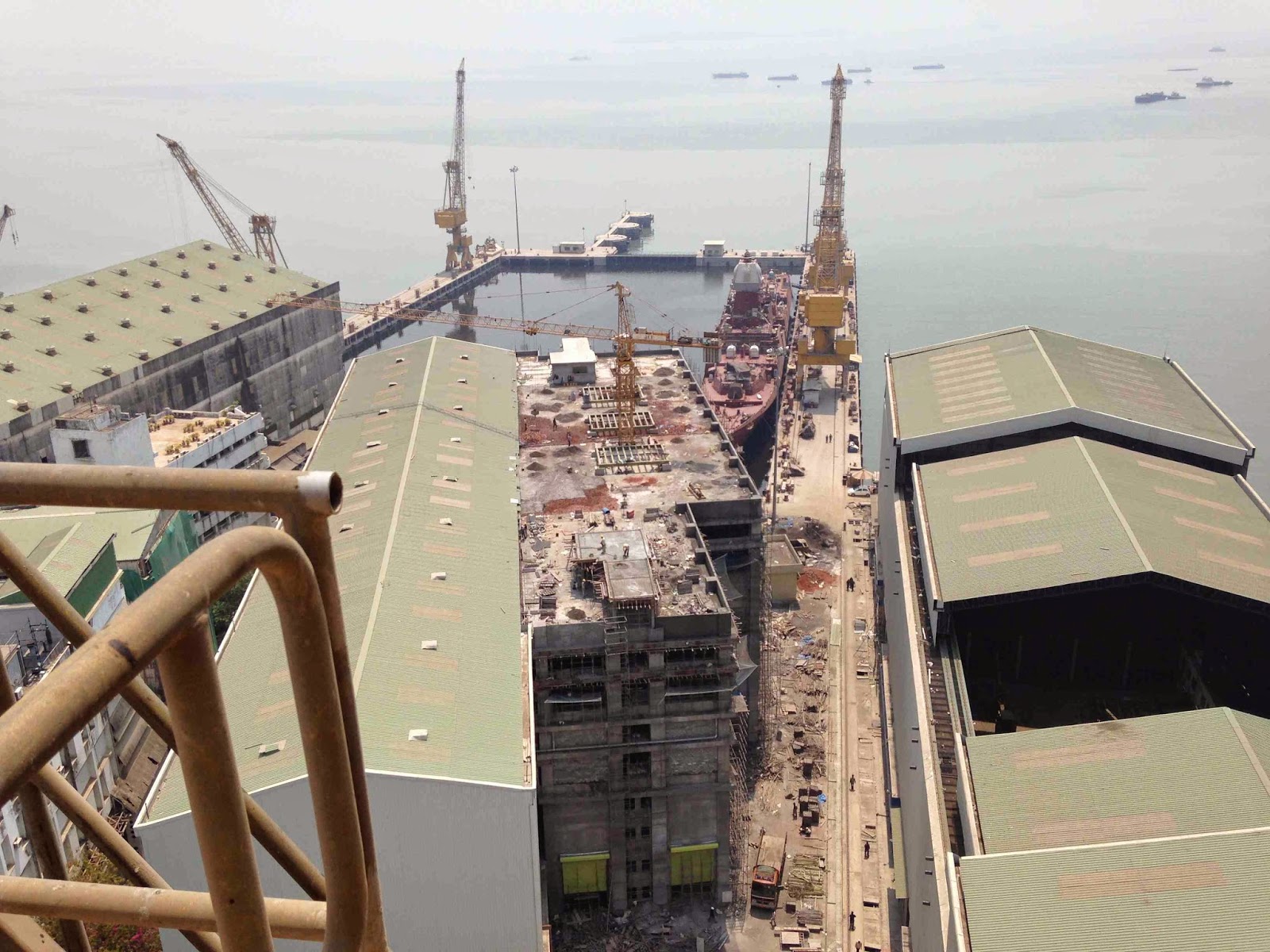 The Chinese admiral would be even more interested in touring INS Kolkata, 7,200 tonnes of bristling steel, which could join the navy as early as next month as the most powerful and high-tech warship in its 140-vessel fleet. Tonne for tonne, the Kolkata will be amongst the most potent battleships in the hotly contested waters of the Indo-Pacific.

Significantly more versatile than the destroyers and frigates that preceded it, the Kolkata’s all-round capability --- against enemy submarines, surface warships, anti-ship missiles and fighter aircraft --- will permit it to operate without a bevy of supporting vessels, and also to function as the flagship of a naval task force.

Manned by 325 crewpersons, the Kolkata has an operating range of 15,000 kilometres, extending across the Indian Ocean to the Atlantic and the Pacific. Its four Ukrainian gas turbine engines propel the vessel at 60 kilometres per hour. Two helicopters on board further extend its reach.

The first of three destroyers being built at Mazagon Dock Ltd, Mumbai (MDL) under Project 15A, INS Kolkata has been long in the making. Construction began in 2003 and the vessel was launched in 2006. Thereafter, it has spent eight years in the water while the cutting edge weapons the navy wanted were stuck in the development pipeline.

Amongst these, according to a 2010 CAG report is the Long-Range Surface-to-Air Missile (LR-SAM) that the navy insisted should replace the venerable Russian Kashmir missile system. The LR-SAM shoots down incoming anti-ship missiles (ASMs) at ranges out to 70 kilometres, protecting the ship far more effectively than the Kashmir. But it has only been operationalised now after India’s Defence R&D Organisation (DRDO) and Israel Aerospace Industries (IAI), working in partnership, overcame persistent technological challenges. Even so, the Kolkata is being delivered only with missile launchers fitted, while the 64 missiles that form the ship’s complement will be added later.

With technological hurdles crossed, further delay was caused by a tragic accident on March 7, when a naval officer died while testing the Kolkata’s fire fighting system. Now, with investigations into that accident almost concluded, the decks are clear for INS Kolkata to join the fleet.

The two remaining destroyers of Project 15A will follow in short order. By October the second of the class, INS Kochi, is slated to be delivered. INS Chennai will follow her in mid-2015.

Yet many regard the Kolkata as more versatile and capable than the Daring. Alongside the world-beating LR-SAM, the Kolkata’s 16 Brahmos supersonic cruise missiles allow pinpoint strikes on enemy ships and land targets as far away as 295 kilometres.

Besides anti-air, anti-ship and anti-surface capabilities, Project 15A destroyers are also potent anti-submarine platforms. New generation HUMSA hull-mounted sonar, supplemented with the Nagan active towed array sonar --- both developed by the DRDO and built by Bharat Electronics Ltd (BEL) in India --- are adept at picking up enemy submarines, especially in Indian waters with their distinctive temperature gradient. The destroyer can then engage them with heavy torpedos at ranges out to 100 kilometres, or with an Indigenous Rocket Launcher (IRL) built by Larsen & Toubro.

The Kolkata’s predecessor, the Project-15 Delhi-class destroyer, was considered a beautiful warship, its clean lines a purist’s delight. The Kolkata’s deck has similar lines, but the aesthetics are interrupted by steel plating extending up the sides --- characteristic of a stealth warship. These armour plates, tilted 6-8 degrees to deflect radar waves rather than reflect them straight back to the enemy, make it difficult to detect this warship at a distance.

Interestingly, the Kolkata-class is almost 2,000 tonnes heavier than its predecessor --- the Project 15 Delhi-class destroyers --- because of its heavier armour plating. Despite that, it moves as fast as the Delhi-class, propelled by the same Ukrainian turbines. This, say MDL engineers, indicates how much they have improved its propulsion system.

In the wake of Project 15A, MDL has already begun the follow-on Project 15B. This involves constructing four more destroyers for Rs 29,325 crore. These are being built from indigenous warship steel, developed by SAIL and supplied by Essar. The first Project 15B destroyer is required to be delivered in July 2018, with the three subsequent ships following at two-year intervals, i.e. July 2020, 2022, and 2024.
Posted by Broadsword at 08:39

Sir any plan of visiting OFB OR ARDE?
we would love to know about small arms being developed like Excalibur,kalantak,amough ,MSMC and most importantly MCIWS.

Sir there are some typing errors as fighter aircraft and Kashmir missile ...

Sir i think you have not taken the 225% cost overrun into account. Also some ship use Thales ATAS as passive sonar.

Kashmir missiles??? or should it be kashtan missiles

The ships though already late will take some more time to mature in to effective weapon systems as their vital air defence component, the LR-SAM(world beating? really? before a single missile is delivered or tested?)is simply not ready and will take at least 3 years more to get fully operational. In the meantime the ship is only with ad hoc short range air defences (Brahmaputra Class redux!). Till that time any comparison with the Daring or other operational ship is purely academic.

Wow ! Hope the rhe rest and 15b go through with minimum delay.
When are these ships going to get a few 155 mm canons ?

Maybe as far as surface vessels are concerned we are not doing too badly.But it is the undersea fleet we should pay more attention to.I think the Navy should have come up with a plan for an SSN line by now

Anything floating can quickly becoming a "sitting duck", especially in the era of modern warfare technology of "around the globe" unmanned UCAVs and "Global Strike" hypersonic missiles. Our weapons designers should atleast attempt to fly UCAVs from our "Battleships"!

Never heard of any so called Kashmir missile system of Russian origin. It must be Kashtan CIWS.

Nincompoop then tats me said...

Please check on that.

Gas turbines are fuel guzzlers. We have technology to built miniature nuclear reactors. So why we are not going for nuclear powered destroyers ? Life cycle cost could have been much less, as they use to carry less fuel (weight/weight). So speed could have been much higher.
Secondly considering Ukraine's present political situation we must order (in advance) as mush spares as possible. Particularly consumables, bearings, turbine blades and gas casing.

Re Anonymous' sarcastic comment , ".. the LR-SAM(world beating? really? before a single missile is delivered or tested?.. "

I recall some years ago IAI CEO / Chief commenting on this project: " We are developing some of world's most cutting edge technologies" and another comment from an Israeli source about two years ago regarding the Dual Pulse motor developed by DRDO for this project as "absolutely world class".

However, some ,who have done nothing / developed nothing (I did a few small things many years ago and so did some of my close friends)will always be sarcastic I guess.

Col Shukla, Your articles are always informative. Would you consider doing a piece on Nag missile and our indigenous seekers and where does the project stand today. Another on the AMCA and the Kaveri engine status! Look fwd to your articles sir.

Surprised so many have not heard of the Kashmir anti-missile missile, which equips an entire class of Indian Navy ships --- the Delhi-class destroyers.

The Kashmir SAM with which the Delhi class are equipped is the export version of the Uragan (SA-N-7 'Gadfly').

Read more about it at: http://www.military-today.com/navy/delhi_class.htm

To Anon @ 3 May 2014 16:03, Why do you presume that I have done nothing/developed nothing? And why should that even be a qualifying criteria for commenting here? Regarding your vague recalls of IAI CEO's comments, what did you except him to say that they are clueless? He is aiming to sell the products of his company for God's sake and has every right to upsell and glorify his work.
BUT to call a weapon that has yet to enter service a "world beater" is not reasonable by any stretch of imagination.

The Chinese admiral probably asked to see Shivalik's combat information so he can verify how primitive it is.

@ JeffAsh....whenever Indian ships visit overseas, the CIC room is locked away and no one is allowed inside it! Then how was that photo taken!? Morever, if that is the CIC as you brag, where are the people supposed to sit, on ground? You just seem like another Chinese who is being payed to spread propaganda!

"whenever Indian ships visit overseas, the CIC room is locked away and no one is allowed inside it! Then how was that photo taken!?"

It was taken when the ship was NOT overseas? Duh!

"Morever, if that is the CIC as you brag, where are the people supposed to sit, on ground?"

The CIC photo is from this very blog, and you can find it here:
http://ajaishukla.blogspot.com/2009/03/some-more-pictures-of-ins-shivalik.html

Maybe the budget for chairs were pocketed by babus.

ins Kolkata may be potent but the brahmos range 300kms is negligible since it cant penetrate any country from deep waters & if it has go close then it might be vulnerable to its enemies.missile with 1000kms+ range must be deployed

brahmos 300kms deployed on potent ins kolkatta must be replaced by long range missile in order to launch from deep waters.