BJP promises defence reform, but does not say how 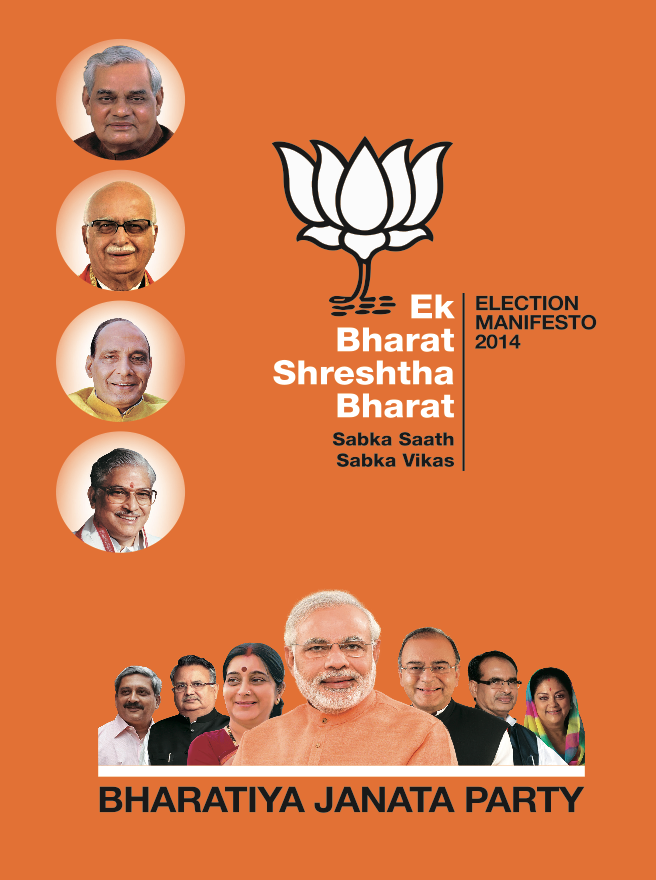 The BJP’s unusually detailed defence manifesto, which forms part of the “BJP Election Manifesto 2014” that was released in New Delhi on Monday, appears to be a mix of polemic, populism, plagiarism and pragmatic planning.

Significantly for a party that is often accused of pursuing a divisive, majoritarian agenda, the BJP has defined security in comprehensive terms --- specifically mentioning “social cohesion and harmony” as a component of national security along with “military security; economic security; cyber security; energy, food and water and health security.”

Predictably attacking the UPA’s custodianship of security, the BJP holds it responsible for border intrusions by China, the shortage of combat aircraft in the air force, multiple accidents involving naval vessels, Maoist attacks, a growing presence of “Pakistan backed terror groups” and illegal immigration from Bangladesh. While these issues are mostly real, many go back decades and were grappled with by the NDA government from 1998-2004.

Like the BJP’s 1998 manifesto, which made substantive promises, e.g. to test nuclear weapons, the current manifesto makes important commitments on crucial issues. It pledges to “Study in detail India's nuclear doctrine, and revise and update it, to make it relevant to challenges of current times.” This has set off speculation that a BJP government would reconsider, if not abandon, the “No First Use” policy that New Delhi has so far held. The manifesto also pledges to “Maintain a credible minimum deterrent that is in tune with changing geostatic realities.” It is unclear whether this means a larger nuclear arsenal, or the creation of an arsenal of tactical nuclear weapons (TNWs) to counter Pakistan’s much-hyped TNW weapons.

Promising to restructure higher defence management --- a measure that the NDA shied away from whilst in power --- the BJP has promised to “ensure greater participation of Armed Forces in the decision-making process of the Ministry of Defence.” This would involve integrating the MoD with the service headquarters, and creating structures where uniformed soldiers worked alongside bureaucrats, even as their bosses. After a Group of Ministers proposed this measure in 2001, the BJP encountered strong opposition from bureaucrats, eventually leading to the creation of a halfway house --- the Integrated Defence Staff (IDS), where the three services work together but the MoD remains aloof. Like the BJP, the UPA has gone along with this tokenism for the last decade.

The BJP manifesto promises to make up officer shortages within the three services, which currently function with just 75 per cent of their authorised officers. In February, Defence Minister AK Antony told the Lok Sabha that the services were short of 12,372 officers.

A serving general who deals with manpower says this would involve serious difficulties. These include motivating large numbers of high calibre youths to join the military, and expanding training facilities to handle more trainees. The manifesto is silent on how this would be handled.

The BJP says it will “Modernize armed forces, and increase the R&D in defence, with a goal of developing indigenous defence technologies and fast tracking of defence purchases.” There is no elaboration of how this would be done, how much additional funding would be allotted to R&D, or what the BJP would do differently from its earlier tenure, when defence minister George Fernandes lamented that equipment modernisation had been stalled by “the three Cs” --- the CBI, CVC and CAG.

The BJP manifesto carefully woos servicemen and their families. It promises to build a national war memorial, an emotive and longstanding demand from ex-servicemen lobbies that point to the incongruity of honouring Indian martyrs at India Gate in New Delhi --- a monument built by colonial power to commemorate Indians who died for the British Empire. The BJP’s promise to fulfil this demand does not mention where it would be built.

The growing political clout of ex-servicemen is also evident in the BJP promise to appoint a “Veterans Commission” for addressing problems of retired soldiers, sailors and airmen. This borrows from the Congress Party’s manifesto promise of a “National Commission for Ex-Servicemen.” The Congress claims credit for setting up the “Department of Ex-Servicemen’s Welfare” in the MoD. However, veterans complain about the insensitivity of this department, which has done much to push many ex-servicemen into the BJP fold.

The BJP manifesto attempts to benefit from measures already announced by the UPA. It promises to implement “one rank, one pension”, a measure already announced in the UPA’s last budget. It also promises to digitise all defence land records, something that Antony has told parliament is complete.

Significantly, the BJP’s new manifesto is silent on defence spending, even though the UPA has brought down spending to a 52-year low of 1.74 per cent of GDP.

Promising to boost defence production, the BJP says it will “encourage private sector participation and investment, including FDI in selected defence industries.” This seems no different from the current regime, where 26 per cent FDI is permitted, with higher foreign holding permissible on a case-by-case basis.

The BJP says “Technology transfer in defence manufacturing will be encouraged to the maximum.” (emphasis in original).
Posted by Broadsword at 14:30

so that there is electricity 27/7 in every home.

Is not that encouraging that " Defence Matters" should find a place in a party manifesto?

One question is there a choice?
Pls read the following:

1. NDA has the best track record of supporting aggressive actions and steps in the event of difficult times with neighbours...this isn't possible without defence forces being adequately equipped...so no doubts they will do better than what UPA did,
2. The so called third front with communist party and Samajwadi party...are a complete sold out to chinese and muslim tactics...both not only will not allow any development...but will create more hindrance,
3. The number of defence personnel including the very imp ex army chief switching sides from Anna Hazare to BJP...speaks the amount of importance armed forces will receive,
4. While people can set personal expectations...like Ajai has done in his blog...if there is any better alternative than BJP to deliver to armed forces...I will be astonished to hear of it except BJP or NDA...even allies of NDA unlike the UPA allies aren't muslim vote seekers...for eg both SAD and Shiv Sena are fully towards a strong India against key enemies like Pak nd China,
5. AAP is missing...because they ain't in the race to win the election...only their to help Congress achieve a back door entry...and there famous statement on Kashmir...they will be the last to do any sort of defence developments...god forbid in the hands of UPA plus AAP govt...Kashmir all set but to leave India!

BJP might not have published a very detailed defence planning...and where ever published like infusing new officers...Ajai sort to criticise it...so it is prudent to wait and analyse more aspects related to defence...prioritise them and then execute it!

From one true Indian to all my fellow citizens...! JAI HIND!

Col Shukla,
Cut some slack please :) Its manifesto not a defence review document or a budget document.
For a detailed document start hauling them in 6 months if they form the government.

Doesn't suit erudite Soldier scholars like you. As of now we should be happy they have shown intent.

Can you please compare this to what UPA says .

Defence budget should be 3% of GDP

When people like Azam Khan of the Samajwadi Party, drag army for political gains and if people still tolerate this and take no action, it is utter shame on our part. Though lot of intense thoughts come to my mind that I would want to do to this man if he was in proximity but none of those would be constitutionally correct, so I control my thoughts and emotions and request all who respect the army and its values to unite against any such divisive figures wherever possible

One thing could be that more money will be spend on retired ex-servicemen. Hence less money for the services!!!

BJP is utterly hated by the kashmiris. I can assure you that more kashmiri's will be raising pak flags at cricket events. Kashmir will never be part of india willingly. The new gen hates india even more than the old. BJP election will hand pak an ace.