What defence manifestos must say 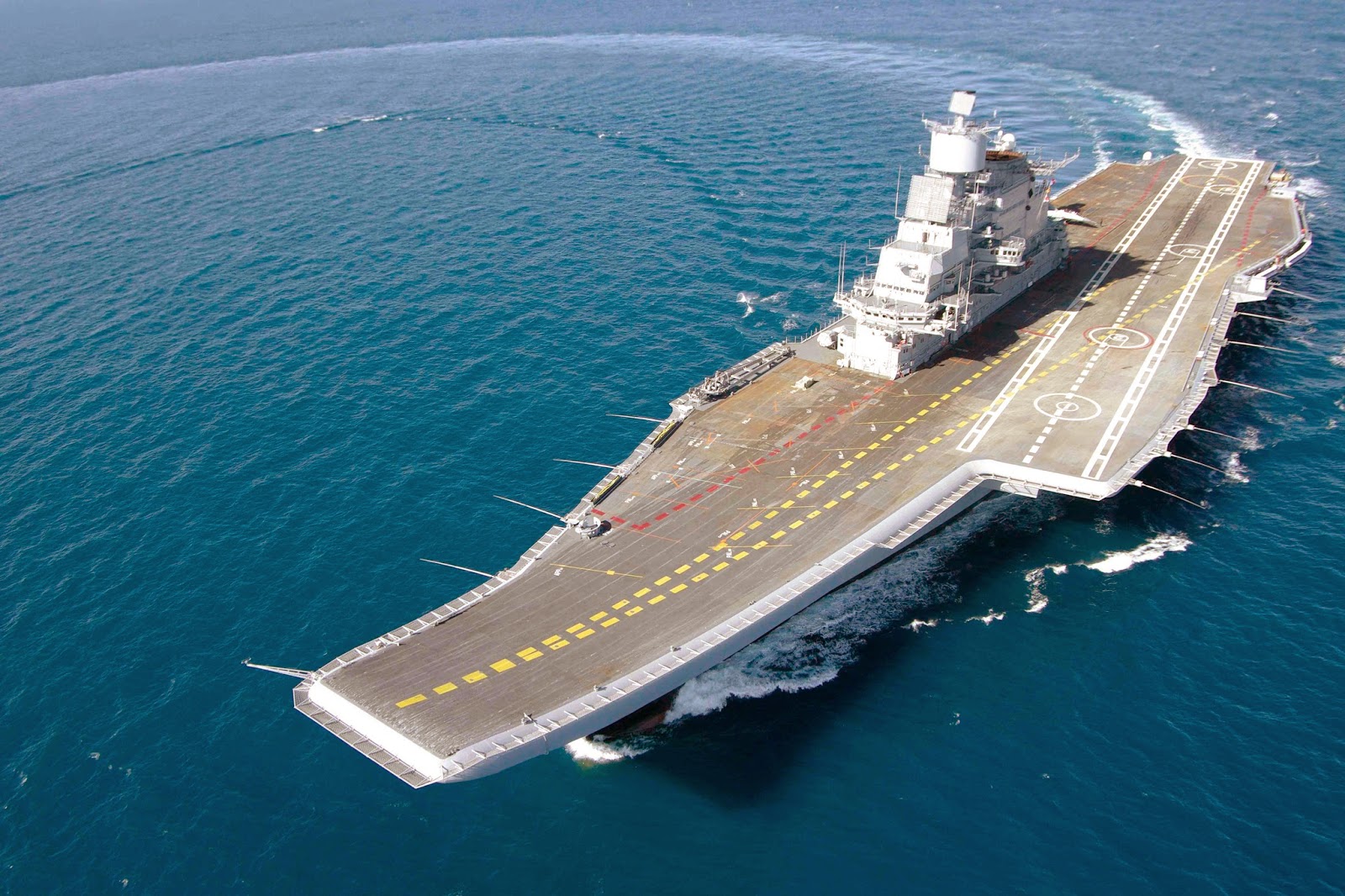 In this season for election manifestos, will the inanity index hit an all-time high? Political parties have long contented themselves with boilerplate formulations. The Congress’ 2009 manifesto promised, laughably in retrospect, “We will maintain the path of high growth with fiscal prudence and low inflation”; and “We will connect all villages to a broadband network in three years time”; and “we will give a completely new look to urban governance.”

The defence sections of political manifestos have been especially uninspiring. Though this relates to the government’s single largest expenditure, and to our lives and security, no party has ever presented a substantive plan on national defence. The Congress’ 2009 manifesto ridicules the BJP for its “stupor in Kargil, surrender in Kandahar and stalemate in Operation Parakram”, without offering an alternative vision. The BJP’s 2009 manifesto reeks of unconvincing populism --- promising military and police forces income tax exemption; a separate pay commission, and the implementation of one-rank-one-pension (recently sanctioned). Naturally, the NDA implemented none of these from 1998-2004.

In his recently promulgated Vision Statement, Narendra Modi recognises, “The most important thing for a strong and secure India is a robust economy.” After this truism, he offers platitudes like “India needs to cut down its excessive reliance on foreign arms manufacturers and focus its energies on indigenisation and becoming a manufacturer of technologies and equipment that can be used by our military.” Defence Minister AK Antony has long intoned this mantra; what the manifestos need to say is how this goal will be achieved.

A recent article in the MIT Technology Review described the greatest technological mobilisation in history, which followed President John F Kennedy’s stirring 1961 call to America to “commit itself to achieving the goal, before this decade is out, of landing a man on the moon and returning him safely to the Earth.” Towards achieving this presidential target, NASA spent $180 billion in today’s dollars, deployed 400,000 people, and the resources of 20,000 companies, colleges and government agencies. In meeting Kennedy’s challenge, NATO solved numerous smaller technological problems, well before the natural evolutionary schedule of technology. By 1972, a dozen astronauts had walked on the moon.

Our aspiring leaders too must lay down specific goals to galvanize indigenous defence, such as: By the end of this decade (a) the Indian Air Force will field an indigenous medium combat aircraft that is powered by engines built in India; and the military’s range of light and medium helicopters will be India-designed and developed; (b) the navy will deploy indigenous nuclear-powered and conventionally-powered submarines, and one nuclear-powered aircraft carrier; (c) the army will field an indigenous main battle tank and infantry combat vehicle, both with indigenous engines; and (d) all three defence services will develop secure terrestrial and satellite networks that have minimal foreign components.

Having established technological goals, our aspiring prime ministers should also earmark the resources needed to accomplish them. Most politicians simply blank out the lakhs of crores spent on defence; those who consider themselves strategically educated, demand that a higher percentage of GDP be allocated. Yet increasing the defence budget from the current 52-year low of 1.74 per cent of GDP is only a start point for a technology leap. More crucial would be to mandate spending 10 per cent of the budget on R&D (up from 6 per cent now); and a cap on revenue expenditure --- 30 per cent for the navy and air force (32-33 per cent currently), reducing by one per cent annually till it reaches 25 per cent; and 70 per cent for the manpower intensive army (currently 82 per cent), reducing by two per cent annually till it reaches 50 per cent. The money thus diverted for equipment modernisation, must be spent on Indian weaponry.

Lamentably, easy political benefits accrue from revenue, not capital expenditure. Our aspiring leaders, who cynically cultivate a “strong-on-defence” image by backing the raising of 100,000 soldiers for the China border, are raising the salary bill whilst leaving ever less for modernisation. Instead of spending to build roads to the border (as China has done), which would allow soldiers to be quickly rushed to respond to a border crisis, a skewed strategic vision has reversed the logic --- without roads to move quickly on, more and more soldiers are being pre-positioned on the border, 24x7x365. This must be reversed.

Manifestos that sets targets and envision funding must also pledge to rearrange the MoD structures that have demonstrably failed in defence production. Parties must commit to dismantling the cartel between the Department of Defence Production (DDP) and its 9 defence public sector undertakings (DPSUs) and 39 ordnance factories (OFs), which have crowded out the private sector. While every party talks about “unleashing the vibrancy of the private sector”, none have explicitly promised to demolish the close structural links between MoD, DPSUs and OFs. Manifestos should pledge to place DPSUs and OFs under the Ministry of Heavy Industry, letting the MoD credibly play honest broker between the public and private sectors.

The DDP, freed from the responsibility of nursing its ailing DPSU/OF wards, should be charged with arranging the functional facilities essential for a defence industry. Defence companies require facilities for testing electronics and radar, and ranges for firing weaponry. National performance standards and certification are needed in areas like ballistics. There must be an equitable regime of taxes, import duties and protection against foreign exchange rate variation (FERV). Finally, political parties must explicitly recognise that, across the globe, governments have financed and closely supervised, even micromanaged, the building of defence industries. The hands-off, take-no-decisions policy of Mr Antony must be deliberately thrown overboard. Narendra Modi’s and Rahul Gandhi’s manifestos should promise this.
Posted by Broadsword at 06:52

"Parties must commit to dismantling the cartel between the Department of Defence Production (DDP) and its 9 defence public sector undertakings (DPSUs) and 39 ordnance factories (OFs), which have crowded out the private sector".... Not true!!!..... It is to derive reprehensible benefits from imports or to favour certain Private Industries that DPSUs are manipulated...set clear mandates and support PSUs I am sure they will deliver. BEML is a case in point. Though a DPSU, it is the only Indian company making metro cars, having delivered about 600 cars to Delhi metro, entire Bangalore metro and now Jaipur metro.But rather than supporting it to indigenous more components, now it is being made to compete with foreign manufacturers for obvious interests/succumbing to lobbying. Indigenisation costs money and a marginally higher cost initially must be absorbed for long term benefits.

Defence PSUs require nurturing for self reliance not manipulation and interference. Private players with foreign tie ups have the motive of only profits...
.. "across the globe, governments have financed and closely supervised, even micromanaged, the building of defence industries."... very true...look at how the Chinese are doing it..

i dont think any political party or coalition from any side will ever say much about any defence related issue or topic other than usual 'we will do this/that'. The
simple reason being i believe the existence of a 'service file' & 'ministry file' for any deal/ procurement for IA/IN/IAF (probably the only country to do so)

This basically means that whatever the case of need; any party's government will go only by the 'ministry file' since that will allow them full control of all deal/procurement.

this is my opinion

A well thought out piece which brings focus to how a political leader must set tangible targets to his R&D teams.

National interest lays down the parameters for a national grand strategy which utilizes all the components of national power one of which is the security dimension. Identification of national security interests is paramount for national security objectives and a strategy. Only when these exist can we expect to have in place a national defence strategy from which flows the national military strategy and the respective strategies for the land, ground, air, space & cyber components. The constitution is one of the sources embodying our national interest but the other and arguably more vital is the political will which is completely lacking. In such a context learning from better examples the US for instance would be productive. The QDR, DSG, NMS & NSS are all undertaken periodically and while consulting varied actors. While it has its shortcomings it does help generate consensus across all levels of the policy makers, executors, civil society and foreign audiences. India would do well to learn from such an exercise.

Very interesting and relevant take. However, the key factor in defence related production is that generally, the manufacturing sector should be buoyant. Further, as Defence contracts cannot be guaranteed in perpetuity, flexible labour laws are required, otherwise, no entrepreneur will want to get into it. And as you can' have defence related manufacturing isolated from non defence applications, it stands to reason that in general, flexible labour laws should be in place for all manufacturing. We also need to get away from this culture of "Jugaad", which has got perverted from "Frugal Engineering" to "Somehow manage". If you want excellent quality weaponry, you need to use excellent quality material and have commensurate engineering and workmanship. Cut-price deals will result in third rate production. Instead of sucking away labour in pseudo social welfare schemes like Nrega, the nation would be better served with higher manufacturing activity, creating more jobs, attracting young people to it, and creating the base for weapons and related development.

political parties must explicitly recognise that, across the globe, governments have financed and closely supervised, even micromanaged, the building of defence industri
Congress Youth Leader in Bangalore Central