Global interest in cause of IAF C-130J crash 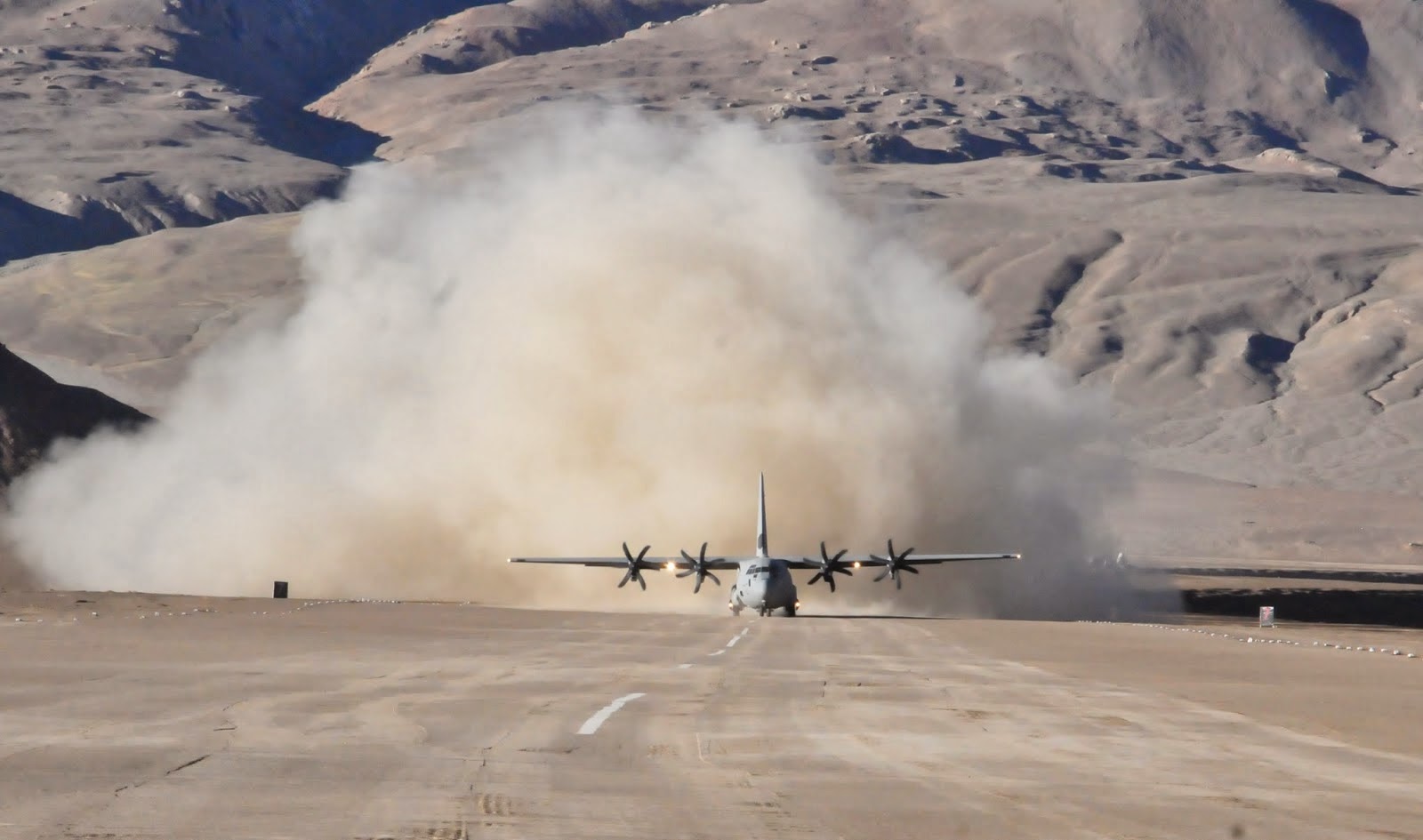 The IAF tersely stated on Friday that the Super Hercules “crashed 72 miles west of  Gwalior airbase… (after getting) airborne from Agra at 1000 hours for a routine flying training mission. A Court of Inquiry has been ordered to investigate into the cause of the accident.”

So far there is no indication of what caused the crash in easy terrain and clear weather of an almost brand new, four-engine aircraft. In 2010, the IAF bought six Super Hercules for $962.7 million (Rs 5,750 crore). A subsequent contract has been signed for six more, which will start being delivered in 2016.

The Super Hercules is the world’s most survivable combat aircraft. Unlike fighter aircraft that zoom over their target, release their weapons load and return home at a thousand kilometres an hour, the Super Hercules transports soldiers to the heart of the land battle. Flying low, in pitch darkness to evade radar and visual detection, the Super Hercules uses satellite navigation to land without lights on a few hundred metres of unpaved mud in the tactical battle area. The 64 fully kitted Special Forces soldiers it carries quickly emerge to strike strategic objectives like unsecured nuclear weapons, terrorist leaders or key enemy headquarters.

Nor is the Super Hercules sensitive to rough weather. A variant of this aircraft is flown by the Hurricane Hunters --- the US Air Force’s legendary 53rd Weather Reconnaissance squadron that flies into typhoons and hurricanes to gather data about how such storms form. The Super Hercules was an integral part of India’s contingency plans for Cyclone Phailin last October, during the Uttarakhand floods, and the ongoing search for Malaysian Airways Flight MH370.

The C-130J Super Hercules is a significantly improved version of the venerated C-130 Hercules, which has been in continuous production longer than any other military aircraft. 70 countries, including Pakistan, operate the C-130. In 1988, Pakistani president, General Zia-ul-Haq died in a C-130 Hercules crash that was believed to be an assassination that involved disabling the crew in mid-flight.

16 air forces worldwide that operate almost 300 Super Hercules, have had only one fatal accident in over a million flight hours, including years of intense combat in Iraq and Afghanistan. The lone accident was not due to technical failure; a Norwegian C-130J crashed into a mountain in 2012.

Last August, when New Delhi wanted to send a message to Beijing about India’s ownership of a strategic salient near the Karakoram Pass at India’s northern tip, the IAF landed a Super Hercules on the mud-surfaced, 16,600 feet-high Daulat Beg Oldie airstrip. Earlier, in May 2012, when the IAF wanted to display its strategic reach, a Super Hercules flew a six-hour, non-stop mission from Delhi to the Andaman & Nicobar Islands.

Given the widespread usage of the C-130J, the IAF is not alone in wondering what caused the accident. The manufacturers of the Super Hercules, US giant Lockheed Martin Aerospace Ltd, is ready to assist in the accident investigation. Sources tell Business Standard that the IAF has not yet requested for technical assistance, but Lockheed Martin specialists will be made available whenever it does.

“As a manufacturer, we would certainly like to know what happened. There are users of the Super Hercules all over the world who would also be keen,” says a Lockheed Martin official.

The US embassy in New Delhi has conveyed its condolences to the IAF, Business Standard has learnt.
Posted by Broadsword at 06:36

India's security to bases, yards etc should be beefed up, and intel agencies should begin a mole cleanup

Sabotage is completely out of question. This particular plane and kind off...there are only three countries in the world who have knowledge and intel about such a make...namely...US, Russia & France. None of these countries as of now look at a sabotage kind of option. China and Porkis...don't have enough know how on such transport planes. So since sabotage is out of question...the problem is of guesstimating what cud be the possible reasons.

Court of inquiry...everybody knows brings either nothing out of it...and if at all brings something good enough...it will be classified before even the report is written. 4 engines failing at the same time is highly improbable. And since they are turbo props and not jet we can safely adjudge that air pocket however severe cannot be a reason. What is left is a complete technical failure of the other systems...which by far means can be a glitch in software...or other chip based failures. Once we start using these American goods...we will find out that even if they claim very tall...nonetheless they are similar to their European or Russian counterparts...and will fail once in a while.

What will happen to nuclear assets like arihant submarines? They cannot be so callous with an recently inducted asset.

are these aircraft insured??
il76 and an32 have been very reliable in this regard

Is there a remote KILL Switch in the aircraft, that was tested?

I am agreeing with "Anonymous " 09.07. It is very unfortunate that some body is sabotaging India's military assets. Few months back I had read that the Chief Engineer of our nuclear submarine INS. Arihant was found dead on a rail line. (link : http://timesofindia.indiatimes.com/india/Nuclear-submarine-engineer-found-dead-on-railway-tracks-in-Visakhapatnam/articleshow/23619269.cms). No body knows who killed him and his assistant. Unfortunate things are happening in armed forces. God save our beloved country.

"IAF has not yet requested for technical assistance".....IAF & the Navy should get some help instead of boasting about their 'professionalism and competence' which seems to be surely lacking after the recent accidents.

One thing is coming into my mind, considering many eyewitness had noticed fire on the plane before crash :
May be the fuel was contaminated with highly volatile Naphtha or MS. (Motor Sprite, petrol). ATF. (Aviation Turbine fuel) is having a much higher flash point than naphtha or MS. So contamination of fuel can lower the flash point and thus causing fire in the fuel system. (before combustion system, before the fuel nozzle.) IAF. should check the quality of fuel in the tank.
Only experts can pinpoint the fault but consider the plane was on fire means there are certainly either technical fault or foul play. It was on air for almost an hour, so probably pilots are not at fault. But what ever is happened is very sad and our deepest condolences are with brave hearts.

As per some rumours the aircraft was on a low level training mission. Did it have correct maps for the mission with somany mobile towers coming up.I think the black boxes should be sent to Europe for analysis and not to USA.Already the import lobby Media is talking about bogus Chinese parts as if USA is not responsible for this as it is responsible for maintenance, training of pilots, simulator training for maintenance and provision of quality spares.

What a disgrace. A top line aircraft crashing in clear and good conditions. The IAF needs a good one this time...