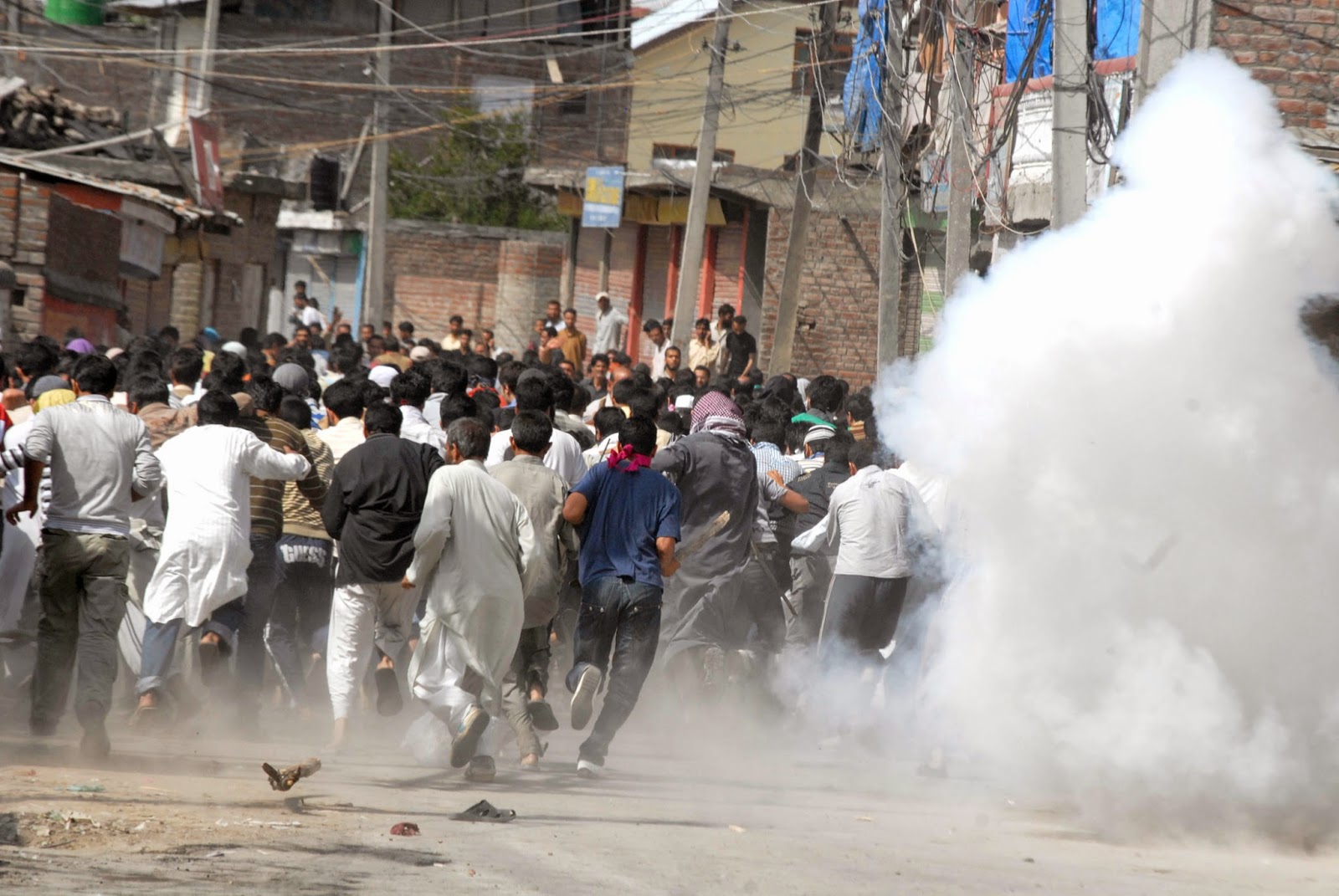 In what amounts to the effective ending of a decade-old ceasefire between India and Pakistan, since January 2013 violence has flared along the de facto border – the Line of Control (LoC) – between the two in the state of Jammu and Kashmir. With more than 200,000 heavily armed soldiers from two nuclear-armed countries on hair-trigger alert in LoC picquets that are sometimes just metres apart, the potential for escalation can hardly be overestimated.

New Delhi, for its part, believes that Pakistan has undermined the ceasefire – agreed in November 2003 between the two sides – in an attempt to revitalise armed separatism in the state. The aim, it believes, is to tie India down and weaken its focus on Afghanistan at a critical juncture, given the imminent withdrawal of US and NATO troops. And with India distracted in Kashmir, a resurgent, Pakistani-supported Taliban would give Islamabad proxy control over large chunks of Afghanistan. This, in turn, would keep the lid on the border dispute between Pakistan and Afghanistan, and on any demands for ‘Pashtunistan’ – a homeland for Pashtun tribes which straddle the current border.

Furthermore, a ‘Talibanised’ Afghanistan would also provide Pakistan with ‘strategic depth’ – a notion that seeks to compensate for the country’s limited geographical depth by making available the territory of Afghanistan in the event of a deep Indian wartime offensive. Policy-makers in New Delhi worry equally that a Taliban-imposed imperium in Afghanistan would free up hordes of Pakistani-controlled jihadi fighters, who could be redirected into Jammu and Kashmir. An active LoC would facilitate this by allowing jihadi fighters to infiltrate Kashmir.

As such, it is clear that, from this Indian perspective, the Pakistan Army needed a flashpoint to provoke confrontation along the LoC – which duly came on 8 January 2013, when two Indian soldiers patrolling the LoC near the border town of Poonch were killed and mutilated, and one of their severed heads taken away by what India alleges was a raiding party from the Pakistan Army. Islamabad strenuously denies that its troops were involved, instead accusing India of having shot dead three Pakistani soldiers. Amidst such accusations and counter-accusations, firing broke out between local picquets, spread to other sectors, and subsequently drew in heavier weapons including mortars and artillery.

In turn, Indian outrage at the beheading led New Delhi to stall the peace dialogue between the two sides, just as it was sputtering into life after a long hiatus caused by the 2008 terror attack in Mumbai. The talks – comprising several components addressing specific issues, such as Kashmir, Siachen, terrorism, and trade and commerce – have made limited progress since they remain hostage to political disruption, with New Delhi prone to suspend them in response to any Pakistani provocation. Just as a resumption of the dialogue seemed possible in August 2013, for example, five more Indian soldiers were killed in another cross-border raid near Poonch. Relations plummeted again and firing along the LoC intensified.

By the bloody standards of the LoC, however, the current firing levels are modest. Prior to the 2003 ceasefire, Indian and Pakistani posts on the LoC exchanged fire more frequently in a week than they now do in a year. Yet there is concern at the recent intensification: according to figures quoted in India’s parliament, Pakistan violated the LoC ceasefire forty-four times in 2010, fifty-one times in 2011, ninety-three times in 2012 and 199 times last year. Predictably denying any violation, Islamabad charges India with violating the ceasefire twenty, sixty-seven, eighty-six and 230 times in the same years.

The 776-km LoC that has witnessed such exchanges is but one section of the otherwise largely stable 3,323-km India–Pakistan border, drawn in part by Britain in 1947 and shaped further by conflict between India and Pakistan in the wars of 1947–48, 1965 and 1971, which saw each side retaining the territory it had captured. The front line was frozen in the Simla Agreement that followed the 1971 war, when India and Pakistan agreed to respect the current position and to ‘refrain from the use of force in violation of this line’. In December 1972, military commanders from both sides jointly delineated the LoC on a mosaic of nineteen maps, and it has remained unchanged since then. That it has acquired the sanctity of an international border became evident in 1999, when New Delhi responded to Pakistan’s occupation of territory in the Kargil district – on the Indian side of the LoC – with unrestricted (though localised) force, including air power, in what became known as the Kargil War.

Recent months have seen initiatives to prevent tensions along the LoC from spiralling out of control. The two armies’ directors general of military operations discussed the issue twice by phone in October, and met face-to-face on Christmas Eve 2013 at the Wagah-Attari border – the first meeting between directors general since the Kargil War. The Indian government reports that this has significantly reduced ceasefire violations.

Even so, New Delhi believes that Kashmir has now returned to the top of Pakistan’s agenda. On 26 January, India’s Republic Day, which Kashmiri separatists mark as a day of protest, Pakistan allowed Maulana Masood Azhar, the virulently anti-Indian head of the banned jihadi group Jaish-e-Mohammed, to address a separatist rally in Muzaffarabad, the capital of Pakistani-held Kashmir. Speaking by phone from Bahawalpur, his hometown in Punjab, Azhar urged renewed jihad against India. Islamabad, apparently embarrassed, announced that Azhar would not address any more rallies, but Indian policy-makers remain convinced that Pakistan is dusting off its Kashmiri jihad machine.

The Indian Army, therefore, is bracing for a renewed counter-infiltration effort on the LoC. After the Kargil War, India built a formidable border fence, which bristles with landmines, floodlights, electronic and seismic sensors, cameras and night-vision devices. To tackle infiltrators who manage to cross the fence, troops further behind are deployed in a layered, counter-infiltration grid – a gauntlet that militants must run before reaching the relative safety of populated areas in the hinterland, where they are sheltered by established insurgent networks and, often, a supportive population. To target the militants in this difficult environment, the Indian Army obtains legal cover from the much-reviled Armed Forces (Special Powers) Act (AFSPA), which protects soldiers from prosecution for acts carried out whilst on duty.

The alienation of the Kashmiri population from India is fundamentally political, but feeds off the AFSPA, which has become an emotive symbol of New Delhi’s high-handedness. Indeed, notwithstanding the success of Indian troops in decimating the armed insurgency – current intelligence estimates put militant numbers in Kashmir at 150–200, down from 3,000 in the 1990s – the government has failed to consolidate this through political outreach. Blasé New Delhi policy-makers view Kashmir as a security problem rather than a political one, and do not acknowledge the seething resentment in the area, especially amongst a new generation of secessionists, whose anger is directed both at New Delhi and at Kashmiri leaders on both sides of the LoC, who have promised independence for a quarter of a century but delivered only a fearful, militarised existence and tens of thousands of dead Kashmiris.

If Indian policy-makers have failed to gauge the situation in Kashmir accurately, Pakistan is equally oblivious to the popular disenchantment there with armed militancy. The new form of Kashmiri resistance is public protest, which came into its own during three summers of street violence between 2008 and 2010, when dozens of unarmed protesters were shot by Indian police and paramilitary forces clearly unprepared for this form of defiance. During those years, a new generation of Kashmiri leaders developed street protests into a potent weapon against a democratic and image-conscious India. A reinvigoration of Pakistan-fomented armed militancy would seem to them like a return to the mistakes of the past.

Pakistan would be equally mistaken if it believed that it effectively controlled the Taliban; indeed, there is a growing realisation that it is an unreliable and wilful proxy and that other Afghan groups must be cultivated as well. The Taliban is increasingly resentful of Pakistan’s tight control and irksome demands, which the group views as serving pan-Islamic, or Pakistani, agendas rather than a nationalist Afghan goal. Complicating Pakistan’s problems is a splintered and isolated Taliban leadership that wields limited influence over a fragmented rank and file exhibiting a geographical and generational disconnect with its leaders. Without centralised direction, local Taliban commanders increasingly follow their own path, often at variance with one another. This has been evident in the reconciliation process in Afghanistan, which has seen Taliban leaders such as Agha Jan Mutasim engage with the Afghan government’s High Peace Council, while other Taliban spokespersons repudiate the dialogue. In re-establishing control over their riven organisation, Taliban leaders cannot be seen as puppets of the reviled Pakistani government and will necessarily present themselves as proud Afghan nationalists who have outlasted and outfought yet another superpower.

Pakistan’s options are further circumscribed by its home-grown Taliban, the Tehrik-e-Taliban Pakistan (TTP). Islamabad’s wish to reach political accommodation with jihadi groups is eroding with each new TTP outrage, such as the execution in February of twenty-three captured Pakistani paramilitary soldiers. Yet military operations in North Waziristan, the TTP’s tribal redoubt, seem certain to generate blowback across the Pakistani heartland, given the group’s close linkages with other extremist groups in the country and, indeed, with the Afghan Taliban.

Given these dilemmas, it might seem breathtakingly ambitious for Pakistan’s leaders simultaneously to plan to expand the country’s influence into Afghanistan and to stir up a hornet’s nest for India in Kashmir. Yet Indian officials note that the Pakistani military and intelligence establishments have never lacked audacity; where they go wrong – as they did in sending tribal fighters into Kashmir in 1947 and 1965, and in infiltrating Kargil in 1999 – is in missing the strategic consequences of clever tactical ploys. If India is correct in surmising Islamabad’s intentions, it now seems poised to overreach itself yet again.

For New Delhi, that is small consolation. While a substantial intensification of the armed insurgency in Kashmir appears unlikely, India might be forced onto the back foot by enhanced infiltration along the LoC. At the same time, within Kashmir, relatively minor incidents have the potential to flare into further widespread public protests. Yet, on the positive side, a more stable and confident government after India’s elections in May could provide a fillip to peace by initiating a credible political dialogue with Kashmiri separatists and revoking the AFSPA, overruling the military which would prefer it to remain in force throughout 2014. Either way, as the power struggle plays out in Afghanistan this year, tensions on the LoC look set to continue to ebb and flow.

my post is in regards to your previous 4 posts about HBR and India's road to Afghanistan; todays topic

Here are my observations with regards to China

1. To counter China in Ladakh as well as Pak in Kashmir fast track the construction of all weather rail-road link between Leh and Kargil, this will be pretty much strait line and covered (out of range of Pakistani or Chinese artillery), also it will allow faster troop & weapon movement

2. Develop the Nyoma airbase to handle heavy lift aircrafts and helicopters and a all weather road link to leh, also station a 2 mountain brigades in Nyoma

Here are my observations with regards to Pakistan

1. Time now has come for India to step up support for the Balwaristan movement and start supporting the Shia populace of Gilgit Baltistan who are being purged systematically

2. Make sure that Afghanistan keeps up the pressure on its eastern borders and efforts are made to link up the Wakhan corridor with Kargil, but a catch (that road will traverse through China controlled Saksgam valley on the Trans Karakoram tract that was illegally ceded to China by Pakistan)

3. Urgently develop the Chah Bahar port in Iran to make Pakistan as irrlevant as only access to sea for central asian nations

hope these are not too much

Need to urgently replace the foreign policy of biryani diplomacy by Kurshid.

What do you do for a living in real life?