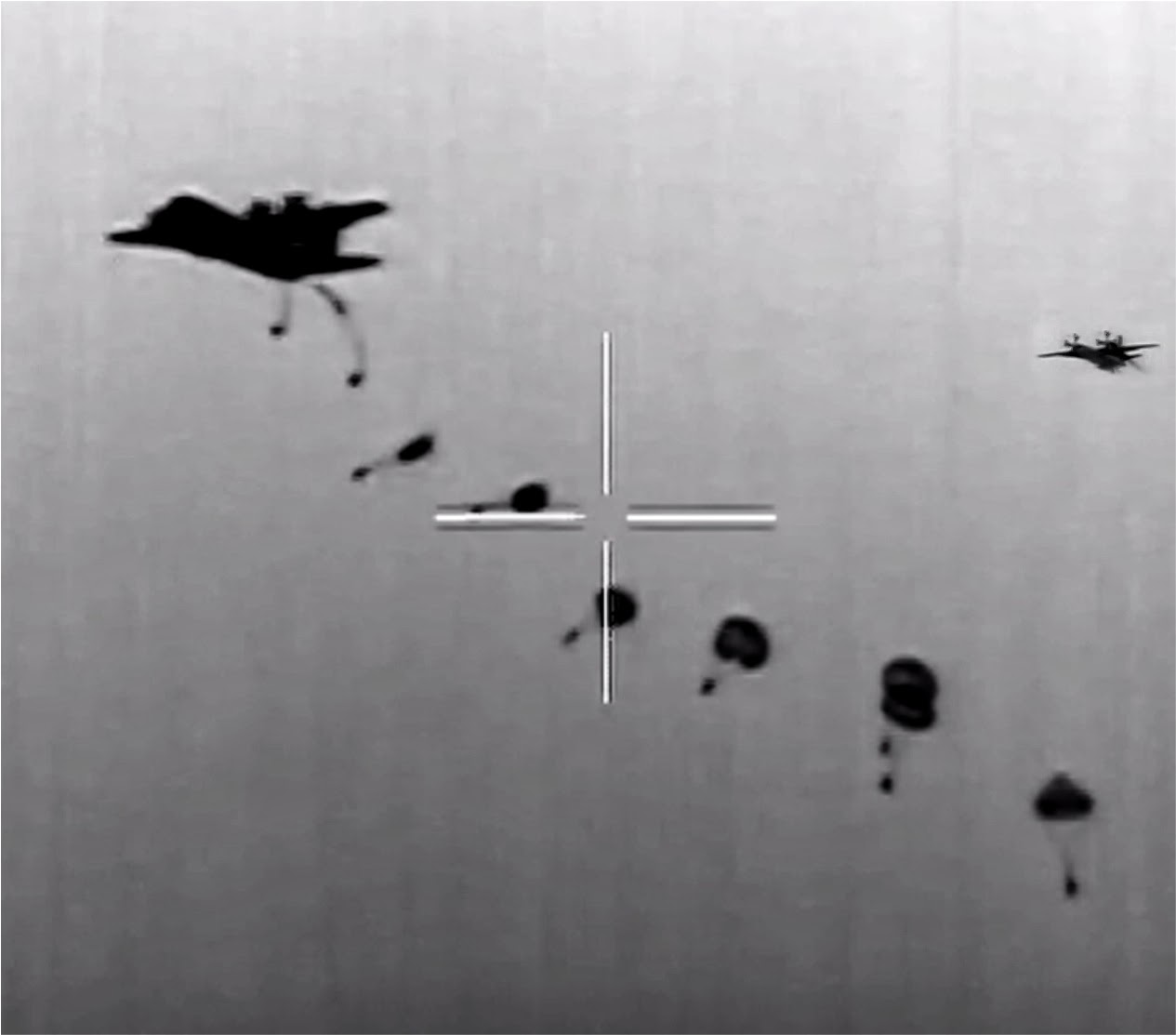 India’s cumbersome arms procurement procedures and a plodding ministry of defence (MoD) bureaucracy have long been blamed for shortfalls in combat capability. Now there is another, more worrying, reason --- a growing crisis of funds, magnified by the lack of tri-service coordination.

Slowing economic growth and a weak rupee have left insufficient money for the military’s ambitious modernisation programme. With no tri-service chief to coordinate and prioritise the needs of the army, air force and navy, their 15-year “Long Term Integrated Perspective Plan” is just an unaffordable wish list.

So dire is the funding shortfall, say senior ministry officials, that negotiations with vendors are dragged on simply because there is insufficient money for new contracts. The capital budget (meant for new equipment) goes almost entirely on previous years’ purchases, for which instalments are paid over 5-10 years. This year only Rs 2,955 crore of the military’s capital budget of Rs 73,444 crore was available for new purchases.

Meanwhile, revenue expenditure rises as the army grows in size, even as pay commissions increase the cost of manpower. Last month, Rs 7,870 crore was transferred from the already stressed capital account to meet the burgeoning revenue expenditure.

In these circumstances, major acquisitions languish. These include the planned purchase from BAE Systems of 145 M777 light guns for a mountain strike corps (MSC) on the Himalayan border. With no order forthcoming, BAE Systems has halted its M777 assembly line in the USA; the contract cost has risen from $647 million to a potential $885 million. Instead of raising the MSC in five years as planned, it will now be raised in eight years to spread its Rs 64,700 crore cost.

Also stuck in the pipeline are contracts with US company, Boeing --- for 22 AH-64 Apache attack helicopters and 12 CH-47F Chinook multi-mission helicopters, together worth some $2 billion; and a billion-dollar repeat order for four P-8I maritime aircraft to supplement the eight already bought. Delay is inevitable in the purchase of another ten C-17 Globemaster III, worth $4 billion; as also in the $3 billion purchase of Honeywell engines to extend the service life of the IAF’s hundred-odd Jaguar fighters.

Seemingly impossible now is a contract for 126 Rafale medium multi-role combat aircraft (MMRCA). The IAF would need to fork out Rs 15,000 crore as the 15 per cent signing amount, even at the lower end of the Rafale’s estimated price band of $16-20 billion.

Meanwhile, the weaponry bought this financial year --- like the December 27 purchase of six C-130J Super Hercules transport aircraft for a billion dollars --- will swell the “committed liabilities” for coming years, leaving a diminishing percentage for new purchases. If the Hercules are delivered over four years, the MoD would need to pre-commit four annual instalments of Rs 1,560 crore each.

(Figures include expenditure of army, navy and air force only)

This crisis has been predictable in the absence of a tri-service commander to coordinate army, air force and navy spending. Each year, budgetary figures show no correlation between planning and expenditure (see Fig 2 below). In 2011-12, the military asked for a capital allocation of Rs 88,680 crore; the government allocated far less, and the military eventually spent just 59 per cent of what it had projected. Last year, capital expenditure was just 63 per cent of the Rs 93,828 crore the military had asked for. This year the military will spend a mere 58 per cent of the projected requirement of Rs 1,23,911 crore.

Former army vice chief, Lieutenant General Shantanu Chaudhary, says that appointing a tri-service chief is essential for easing the pressure on military budgets ---both capital and revenue. A permanent chairman of the chiefs of staff committee (COSC), which the Naresh Chandra Task Force recommended to the prime minister last year, would rationalise the roles and capabilities of the three services, many of which are wastefully duplicated today. Expenditure could be reduced and efficiency increased by getting the army, navy and air force to share infrastructure, logistics, command systems and even platforms. He cites multiple examples of needless duplication --- electronic warfare capabilities created by all three services; complex command, control and intelligence networks that each service has created separately, instead of a common platform; and separate surveillance systems that result in thrice the expense and half the efficacy.

“The three services essentially look out for themselves. The senior-most service chief, who is the ex-officio Chairman COSC, naturally looks out for his own service rather than the tri-service good. Sensible modernisation demands a tri-service chief, who can prioritise procurement, plan budgeting and slash the duplication and triplication,” says Chaudhary.

The problem is political, The UPA wants to keep the bills in place, please petty scheme stakeholders, so who gets the axe? The forces! they starve the forces of funds, sit on deals without signing them because they want to keep the deficit in control while pleasing everyone and compromising the national security. How about an article exposing their blunder ajaiji?

Basically we are SHORT of 10 Billion Dollars

We need to take the following steps

1 Get 10 BILLION Dollars worth of GOLD from OUR CITIZENS ;
Our Domestic Gold reserves are around ONE Trillion ie 1000 Billion Dollars

3 SELL the GOLD Abroad and
Buy Rafale and everything else

Wouldn't it be more prudent if we frankly just scrap the MMRCA contract and pour more money into the development of the tejas mk2, 3 and so on ???

Even if we get the aircraft 2-3 yrs later we'll have a fighter more suited to our requirements and also the maintainence cost will be less.

Even now they dont expect the 1st rafale built by Dassault to arrive before 2016 and the one manufactured by HAL will take god only knows how long...

Could you please shed some light on the figures quoted here ? I'm unable to reconcile the figures between the 2 data tables. Taking 2011-12 as an example:


Does this mean that as per table 1, the tri-services were allocated a capex of INR 42,462 crores but as per table 2, the military spent INR 52321 crores on capex in the same year? That's a gap of INR 9859 crores between allocation and (military only) spend! Even if I should be looking at the combined figure of INR 52998 crores, that reconciles the military spend but means that the navy and airforce had only the remaining INR 677 crores to work with, which is an absurd conclusion. In summary, the numbers don't tally.

How is this possible, unless a capex "trail" from previous years also included here ? Or is it being "front-loaded"? I'm assuming my reading of the tables is jumbled up somewhere and am happy to be corrected. If not, your assertion that planning and expenditure have no correlation bears serious consideration!

UPA looting and plunder has cost this nation more than anything else. Most of the valuable resources are squandered leaving the armed forces with old retiring junk like MIG21, HDW, Sindhugosh, submarines. We don't require enemies if we have congis. They will ensure the nation is finished before enemies think of attacking.

The CIDS was supposed to plan jointly,. LTPP were to be joint and prioritized.Senior leadership in service HQ has a vision extending to their date of retirement with very little perspective planning. It became obvious on CNN-IBN, where you were the lone voice in asking for a re-look on the manpower strength of the armed forces and need for rationalization. Others do not look at these figures and will like to silence anyone who raises such issues. need is rationalization, may be go for an overhaul and national guard type system. Why cant we embody all BSF and CRPF battalions in times of war. Give them some training and they can be used!! Out of box thinking is the need of hour.

CANCEL THE MMRCA...BUY TEJAS...SIMPLE..... 1 billion buys 40 tejas versus < 10 rafales ... put in 10 billion and the numbers debacle is over...sometimes it seems ludicrous that we spend tens of billions buying foreign when our own platforms are available at much lower prices....

if a new govt is elected this year then it is likely that defence deals like 126 mmrca would be delayed further.sooner or later lca mk2 would be a reality. iaf should have bought some mirage 2000s a decade ago.besides heavy investments in FGFA project whichis being complained aboutby the iaf the cost of MMRCA deal has already soared. the iaf would be wanting several more fighter aircraft.why not simply buy more sukhoi 30s. several countries have rejected the rafale becuase it is too expensive and preferred other affordable light weight aircraft.

Best suggestion- put the Rafale deal on hold for 2 years. Once elections are over and a stable government is formed, Rupee value will again rise, then we can sign it.

Also why we need 13 lakhs and 25 thousand military soldiers? Even USA has only 14 lakhs soldiers. We shall have a highly mobilized and smart army personnel with just 7 lakhs soldiers. We could save a lot of money. What is the use of having 1 lakh horse warriors against a nuclear missile?

We could use our Police and Reserve force by giving them better training at war scenarios.

As you mentioned, a Tri-service chief is necessary to co-ordinate
things.

This UPA government is the worst thing that has happened to India. They never think of bringing money to the Government instead of giving everything to Private companies.