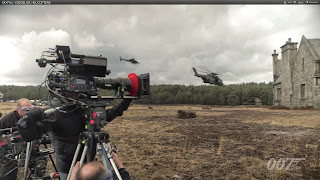 Company says legal processes looking into this matter have not been completed, after reports that Antony called the chopper maker guilty

Over recent years several global arms companies have buckled before India’s Ministry of Defence (MoD), accepting blacklisting and global damage to their reputation rather than challenging the world’s biggest buyer of weaponry. On Thursday, Anglo-Italian helicopter company AgustaWestland made it clear that it stands ready to take the MoD to court to protect its reputation and a contract to supply the Indian Air Force (IAF) with 12 AW-101 VVIP helicopters for Euro 556 million (Rs 4,670 crore).

The IAF is inducting VVIP helicopters to convey senior Indian political leaders and foreign dignitaries in comfort and safety. Sophisticated, highly protected and very expensive, the AgustaWestland AW-101 forms a part of the US president’s fleet. It also featured in the James Bond film, Skyfall.

On Wednesday, Defence Minister A K Antony publicly declared AgustaWestland guilty of bribing Indian officials, stating that the company had “violated the contract” and that the MoD would “move as per the law… to protect our interests.” On Thursday, AgustaWestland flatly rebutted Antony, stating “none of the legal processes looking into this matter have been completed.”

Jackie Callcut, chief executive officer of AgustaWestland India, told Business Standard, “Media reports suggesting it is confirmed that AgustaWestland has supposedly violated the VVIP helicopter contract are surprising. This is especially true considering none of the legal processes looking into this matter have been completed. Such reports are premature and the outcome of the proper legal processes should be awaited; such as arbitration which was initiated by AgustaWestland and is now ongoing.”

The contract for 12 AW-101 helicopters hit the headlines on February 12, when Italian prosecutors in Milan arrested Finmeccanica chief Giuseppe Orsi on February 12. Orsi headed AgustaWestland (a Finmeccanica subsidiary) in 2010, when the IAF contract was signed. Italian prosecutors charged Orsi with bribing Indian officials, through middlemen, to secure the contract.

Antony responded immediately by asking AgustaWestland to show cause why the contract should not be cancelled. The MoD also froze payments to AgustaWestland and halted the delivery of helicopters with the IAF having received just three. On October 21, armed with a law ministry opinion that there was “a clear violation of the integrity pact and the contractual obligations” by AgustaWestland, the MoD issued a “final show-cause notice” to AgustaWestland, giving it 21 days to respond. On Wednesday, the defence minister made it clear that cancellation was imminent.

All this, says the Anglo-Italian company, is without a shred of evidence or mutual discussion. On October 4, AgustaWestland invoked arbitration, provided for in the contract, after the MoD ignored repeated letters since April, asking for discussions.

The invocation of arbitration was AgustaWestland’s first shot across the MoD’s bow. Protesting “the unilateral suspension of the contract”, AgustaWestland stated that “Neither the contract nor the associated Integrity Pact confers such rights on the Indian MoD.”

Contacted for a reaction to the AgustaWestland statement on Thursday, the MoD Spokesperson, Sitanshu Kar, declined comment, stating that the MoD would not “enter into a controversy.”

But controversy is already swirling and, along with it, are serious questions over the future of the IAF’s VVIP helicopter fleet. Business Standard has learnt that the next three AW-101 helicopters are ready for delivery and the remaining six are at an advanced stage of production.

The three helicopters already delivered are currently flying, supported by a small team of AgustaWestland technicians in Delhi. It is unclear how this arrangement would be affected by a unilateral cancellation of the contract, and the recovery of money through exiting bank guarantees.

Muddying the waters further is the US helicopter maker, Sikorsky, which lost the contract to AgustaWestland in 2010. In Hyderabad, on October 24, Sikorsky officials stated that “If we are called upon, we will be more than happy to provide a solution (if the AgustaWestland deal was scrapped).” MoD sources say Sikorsky’s offer cannot be taken seriously, since the helicopter it had offered in its tender had been rejected by the IAF on four critical counts.

The VVIP helicopter controversy centres on the alleged payment of bribes to senior Indian officials to dilute the performance specifications in the IAF’s tender, allegedly allowing the AW-101 helicopter to meet tender requirements. A CBI chargesheet has named former IAF boss, Air Chief Marshal Shashindra Pal Tyagi, and 12 others.

On February 15, the MoD stated that the first IAF tender in 2002 demanded a helicopter that could operate at altitudes of up to 6,000 metres. After a single helicopter qualified (the French EC-225 Eurocopter) the NDA government, in November 2003, began a process of reconsideration that led to the altitude requirement being diluted to 4,500 metres in a subsequent tender issued in September 2006. According to the MoD, that decision involved both the NDA and the UPA governments, and two IAF chiefs — including Air Chief Marshal S Krishnaswamy who preceded Tyagi.

The MoD statement of February 15 says: “The procurement case was, thus, progressed in accordance with the established procurement procedure in a transparent manner with all stages of procurement being followed meticulously.”
Posted by Broadsword at 07:21

it will be fun to watch AgustaWestland torn to shreds in this outcome.

AugustaWestland is using delay tactics. The court process may last ten years, hence what they are saying is that if not us then no body else.

India's half the payment is stuck with them, with only three helicopters to its credit. They will never return the money or take the helicopters back. they will also not supply spare parts.

Hence who is the loser; the Indian tax payers.

My suggestion is that hang the Tyagi and his brothers from the nearest flagpole and add to that flagpole arms brokers who are leading a comfortable life in Tihar jail.

The other outcome should be that the Anthony should go. He is the worst among the babus, although he is a political leader. His time is up.

The Indian Govt. should issue immediate blacklist AW and prevent not only AW but all its subsidiaries from participating in any contract for the next 20 years ! That is the only way we can send a strong message that the old ways of doing business in India are over. Shape up or get ready to be shunted out - period !In the mean time we can make do with American equipment through the FMS route. No bribes and no scams - thank you !

No fan of any imported stuff .....but are we not taking another stupid step by banning one more company? At this rate don't think that there will be anyone left with whom we will be able to business with, and with its consequent effect on getting the advanced technology for our defence preparedness. If this goes on then we will be completely dependent on the inefficient DRDO/HAL and their lack of progress on anything worthwhile, aside from the missile programme.

....and by the way the FMS route does not mean that no bribes are paid. It is common knowledge that the biggest arms lobbyists are in Washington. In the final analysis, lobbying is a legalised form of pushing your products for a quid-pro-quo or to put it plainly - bribes.

So, Mr Sathpathy, your logic does not cut much ice.