Of whipping boys and holy cows 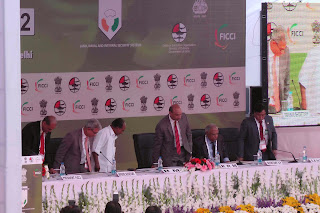 When it comes to explaining why the military still makes do with substandard equipment even though India remains the world’s largest defence importer, we have a handy whipping boy. Rather than confronting the complex planning, policy and structural issues that block indigenous weaponry, we just aim a kick at the Defence Research & Development Organisation, or DRDO.

This was evident on November 6, when the parliamentary consultative committee on defence was, according to a ministry of defence release, “bitterly critical of delays in the development of (the Arjun) Main Battle Tank, (the Tejas) LCA and the Kaveri Engine.” The members of Parliament warned the DRDO “to plan its projects keeping in mind the futuristic security needs of the country and deliver on time.”

Defence Minister AK Antony, probably relieved to find the Committee’s ire being vented elsewhere, quickly landed a blow of his own, sternly ordering the DRDO to focus on “high-end research, particularly in critical and strategic areas.”

While the DRDO must indeed deliver on time and within budget, this cavalier dismissal of India’s most fundamental defence problem --- the equipping of our forces --- highlights the simplistic understanding of military matters even within government and parliament. Surely nobody actually believes that the DRDO functions autonomously, choosing its own development projects, setting equipment specifications, naming the figure it needs, and developing and manufacturing the final product in bulk for the users.

In fact, the DRDO can only be allocated funds for a development project once the user service gives its okay, and there is a consultative mechanism for this called the Services Interaction Group. The DRDO has its own budget, which is Rs 10,600 crore for this year, about 5 per cent of the defence budget. This is equally divided between revenue expenditure, which pays for 30,000 employees (5,000 are scientists) and 52 laboratories, test facilities and firing ranges; and its capital expenditure, which pays for R&D. Without user backing, the DRDO would have to pay for a development project from its own capital budget.

For years, the DRDO could veto the import of equipment that it believed could be developed in India, but this is no longer so. Today, the DRDO readily agrees to any import request from the military. With 532 projects currently on hand --- including “mission mode” projects like a tank engine, technology demonstrators like a hypersonic vehicle, life science projects like food for soldiers in Siachen, and a range of weapons platforms like missiles --- the DRDO is already swamped with work.

If the defence ministry was really planning, India’s increasingly capable private sector would take on many of these projects, freeing the DRDO for “high-end” design work that others cannot handle. Unfortunately, the MoD has failed to create the frameworks needed to attract private companies into this realm. Instead, the ministry’s unabashed preference for its eight defence public sector undertakings (DPSUs) and 42 ordnance factories (OFs) has prevented the creation of a level playing field. The private sector, which faces discrimination in bidding, in taxation regimes, in the absence of assured orders and in hedging against exchange rate variations, finds the risk unmanageable. With the private sector unwilling to fill this space, the DRDO can hardly scorn high-altitude rations, iron-reduction technologies for drinking water and the gene sequencing of mosquitos for developing anti-malaria remedies. For the soldier on the front lines, these “low-tech” products are everyday essentials.

The defence ministry has also failed in co-opting the private sector into developing high-tech, complex systems like combat vehicles and digital communications systems, which are well within its capabilities. The “Make” procedure was formulated to bring private sector consortia into building these systems. Top defence ministry officials announced 18 months ago that at least 150-180 “Make” projects would be quickly sanctioned. Yet, not a single “Make” project has been contracted.

The military would prefer import, since it is used to dependency. Besides, cost savings by a service do not automatically translate into more funds for other expenditures --- there is no incentive to cut costs by indigenising. But import carries what defence technologist-strategist V Siddhartha calls the “triple trap”. In other words, technology or equipment developed abroad will seldom suit Indian requirements; what is suitable will be denied; what is not denied will be unaffordable.

Much criticism of DRDO arises because equipment it designs, such as the Arjun tank, often has serious quality issues when it reaches the users in combat units. Critics of the tank concede its first-rate design, but point to sloppy manufacture. Despite the DRDO’s stated wish to choose its manufacturing partner, the defence ministry insists on funnelling production to DPSUs/OFs, over whose notoriously sub-standard manufacturing the DRDO has no control. There are few complaints about DRDO equipment built by private vendors, e.g. the Pinaka multi-barrelled rocket launcher, which Tata Power SED and Larsen & Toubro build.

A thinking defence ministry would be helping the private sector de-risk its entry into defence manufacture. Risks that arise from the limited numbers and irregular nature of defence orders could be easily managed by allowing production by private companies in government-owned-contractor-operated (GOCO) facilities. The DRDO is already working with medium scale private sector companies, doing limited-series production of items in GOCO facilities.

For two decades, defence production policy has remained a mere slogan: our ratio of 70 per cent imported and 30 per cent indigenous weaponry must be reversed! It is time for the defence ministry to step forward and actually make policy rather than sit in the shadows and decided who was to blame for the failure.
Posted by Broadsword at 05:58

Wow, what a steadfast support for the incompetence of DRDO, earlier it was for HAL - no matter that in the end both these organisations need to be made accountable for thier sloppiness and sub-standard work.

You really are an example of how friends should be, especially ones with their own axe to grind.

There is a need for much greater involvement from the users. Starting with identifying the future need and giving mid-course correction. Our Army still has Grenade HE 36, which is obsolete almost in all modern armies.

well penned Col. Shukla, not to mention the ambiguous TPCR which looks more like a child's wish list than a serious planning document. trust between pvt sector and MoD contracting authority can be bridged by DRDO subcontracting more and engaging in Tier-1-4 workshare. one must fundamentally, also, reconceptualize the idea of indigenisation. it is not to be a 100% autarkik system, but rather a domestically controlled supply chain that engages international and domestic production and development partners. again, pointing to MoD's reticence to allow this kind of policy to thrive is its old cold-war mentality and pursuit of non-alignment. of course several memories burn bright of international assistance being denied or transfer being denied, but it is all the more critical then that DRDO maintain a strict IP protection environment to ensure private sector interest in transferring sensitive technologies.

But sir MOD preference shows when it likes the extra 'R' in the TAT(R)A trucks.
Who wants to disturb that gravy (read slush money) train ? Perhaps only patriotic fools like Gen. V.K. Singh who are then conveniently eased out !

The problem is that many untrained military people treat the DRDO as if it is a cobbler or tailor - order shoes and clothes as you want, and treat the creator with contempt. The military - usually NDA-trained generalists - don't understand how to interact with creative, research scientists. On the other side, many DRDO types need to spend three months inside a tank in the Rajasthan desert to understand that the end-user will not be sitting in a laboratory with the final product. Both sides need to interact with each other much more.

Why must we develop the Arjun tank or the LCA from scratch. Why must the DRDO do this? The HVF, Avadi which has received ToT for T-72 and T-90 should be tasked to use that as starting point and develop a state-of-the-art tank. Similarly, HAL which has received ToT for Mirage 2000, jaguar, and all the MIG series should be tasked to develop a state-of-the-art combat aircraft.
All PSUs / industry receiving technologies should be made accountable.
DRDO should only carry out research in Greenfield technologies.