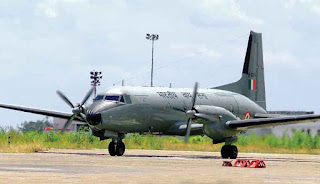 An IAF HS-748 Avro. The MoD has tendered for 56 aircraft to replace its vintage Avro fleet

The defence ministry’s (MoD) global tender for supplying the Indian Air Force (IAF) with 56 medium transport aircraft is deeply flawed, say Indian companies that will compete to build 40 aircraft in India in partnership with a foreign vendor who will supply the first 16 ready-built.

Air Chief Marshal NAK Browne, the IAF boss, has touted this as a game-changing contract that would bring India’s private sector into aerospace manufacture. But private company CEOs say the contract is set up to fail, shutting the doors forever in their face and leaving the field clear for public sector monopoly, Hindustan Aeronautics Ltd (HAL).

The 56 aircraft to be supplied under this contract will replace the IAF’s aging Hawker Siddeley 748 Avro aircraft. The MoD tender --- termed Request for Proposals (RfP) --- has gone to eight global vendors including Boeing, Ilyushin of Russia, Antonov of Ukraine, Franco-German consortium EADS, Embraer of Brazil and Alenia Aeromacchi of Italy. By Oct 8th, each bidders must select an Indian partner, termed the Indian Production Agency (IPA), and submit their detailed proposals.

Defence Minister AK Antony told parliament last August that the contract, worth an estimated Rs 11,897 crore, would see the first aircraft delivered 24 months after signing, and all 56 delivered over the next eight years.

But this may never come to pass, say three CEOs from the Indian private sector, pointing to what they term “fatal problems” with the proposal. Their greatest apprehension is the enormous cost of establishing a Greenfield aircraft production unit, and an airfield and control tower to test and fly out the aircraft that are built. Acquiring hundreds of acres of land and setting up such a facility will be an expensive and time-consuming task that could incur serious delays.

“It would be hugely uneconomical to establish such a facility just to build 40 aircraft for the IAF. The MoD presumes that, after delivering the IAF aircraft, the facility can build for the global civilian market, amortising the cost over many more aircraft. But why would a foreign vendor establish a line in India that would compete with its home facility?” wonders an Indian defence company CEO.

Besides the possible loss of jobs in the home country, foreign vendors would calculate that Indian aerospace manufacturing costs are significantly higher than in developed countries.

Industry bodies have suggested that one of the IAF’s base repair depots (BRDs) be used for setting up the production facility. The BRDs, which carry out major repairs and overhaul of aircraft, have vast tracts of land and functional airfields that could be given on lease to the IPA. If the BRD cannot spare land, the industry bodies have proposed that the IAF acquires adjoining land under the national defence clauses. But the MoD has not accepted that suggestion.

Besides this, Indian CEOs point to another major problem --- the certification needed for aircraft built here for the civil market. Furthermore, each individual component built in India would require certification for civilian aerospace use, a rigorous and time-consuming process that would significantly raise the cost.

“Eventually the foreign vendor will end up supplying all 56 aircraft from abroad. With the Indian partner mired in land acquisition, certification, licences and procedural formalities, the MoD will have no choice but to fall back on import. This is set up to become an MoD case study of how the private sector, given an opportunity, failed to rise to the occasion,” says a private defence company CEO.

Watching from the wings is HAL, which has steadfastly opposed the proposal to build through the private sector. Top HAL officials have lobbied with the MoD to let HAL manufacture the transport aircraft at its Kanpur facility.

These issues are only emerging now because the MoD has tightly controlled access to the RfP document. While issuing it on May 8th to eight foreign vendors, the prospective IPAs, have been denied a copy. When Indian industry bodies officially requested for a copy of the RfP, the MoD turned them down.

Business Standard has a copy of the RfP in its possession. The MoD has not responded to an emailed request for comments.
Posted by Broadsword at 10:53

Shuklaji, fully agreed, nicely elaborated & its bang on target. The entire process is a delay tactics. I doubt how these govt. economic planners clear to get the jobs & if they have any other equivalent in other countries also.

Nothing but crybabys. Do they really expect that everything will be given to them on a platter?

Let one private company make a Pilatus competitor and bring it commercial production, prove its mettle to join IAF. We can then divulge RfP's and the like.

This is completely backwards, the RFPs should be issued to Indian companies and we need to allow those companies to go find their partners, if needed to bid on this.

Yup, the rfp is designed to fail. Why would the MoD babus (and their political handlers) let go of a source of power and wealth? In their minds, only HAL--known worldwide for its incompetence and non-performance--deserves the Indian taxpayers' hard-earned money to waste. In the meantime, Indian private companies have set up top notch oil refineries and car plants that compete worldwide in sharp contrast to these wasteful PSUs.

As long as HAL and other DPSUs remain alive under government control, India will never make even world class guns and bullets, forget fighters and transports.

Have you bothered to look at the origins of Pilatus or any western aircraft manufactuirer? If you did, you would find that ALL of them without exception were nutured by their governments in the interests of building viable global defence competitors free of government inefficiency. No country of note wants to mess around with their defence capability. India is absent from that list.

This is going to end making the MoD look incompetent in the eyes of the world - once again! In the end, after wasting everybody's time,HAL will probably get the contract. In the meantime, the IAF will have to soldier on with the vintage Avro.

Nothing really changes, does it?

It is nothing but a game plan by MoD and HAL. They both do not want any private player to start manufacturing unit in India , since it will expose incompetency of them as well as DRDO. Live examples LCA and other aircrafts.

It still seems that the only competitor likely to match the requirements well would be Antonov, since (only) their product meets all the specs and already serves a civil aviation role, in fact the version with rear ramp is not yet in production. Antonov is already pimping themselves out to the Chinese besides depending on Russian MoD, so receiving money they would otherwise not get by transferring production to India is completely reasonable. The question is whether that really is a competitive tender, whether a de facto single vendor solution is acceptable, or whether transferring An-148 production to India really is a forward-looking goal.

It should be noted that EADS has been making noise about future military airlifter products now that A400M is entering full production, they have floated the idea of a new C130 class replacement and of a C295 replacement. Where the funding for this would come is a mystery, although if a foreign partner (like India) emerged then it becomes much more viable. Albeit it seems highly likely that Brazil could get France to buy C390 and (crucially) not fund a competitor if they go for Rafale. Whether C295 actually needs to be replaced is an open question, but parallel with India's military/civil plan, it could find synergies with a civil turboprop... as is being researched in Europe (essentially for ATR to turn into a commercial product). That (civil) product looks set to have a great commercial future, so India getting on board should be an obvious move. But both that and a C295 replacement are not immediately available for production... Licence producing some parts of C295, with aim for synergies in future ATR 90 seater class would make sense... but C295 flat out does not meet the stated speed requirements of the tender, which only Antonov does. I'd say this tender is problematic on several levels. Not offering the RfP to local vendors who are supposed to participate is just another disturbing sign.