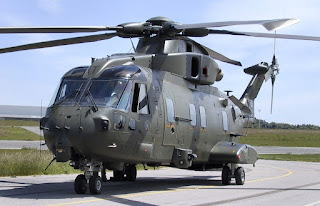 The Ministry of Defence (MoD) has ordered a Central Bureau of Investigation (CBI) probe into the allegations that kickbacks were paid to Indian middlemen in the Rs 3,700-crore deal to buy 12 high-security VVIP helicopters from Anglo-Italian company, AgustaWestland. According to leaks from the Italian prosecutors, reported in the Italian media, an amount of Euro 51 million has been paid to facilitate the contract with New Delhi.

Since reports first appeared in the Italian media last year about a probe by Italian investigators into the affairs of Finmeccanica, and then widened to include the sale of VVIP helicopters to India by Finmeccanica’s subsidiary, AgustaWestland, MoD has consistently reacted with the statement that it had sought information from Rome. Today, in the wake of the arrest in Italy of the Finmeccanica CEO, Guiseppe Orsi, and two Italian middlemen, Defence Minister A K Antony has brought in CBI.

An MoD statement today says: “In view of media reports, MoD, through the Ministry of External Affairs, had sought information from the Governments of Italy and the UK. No specific inputs were, however, received substantiating the allegations... Since no specific input has been received so far from the two governments, MoD has decided to refer the case to CBI for inquiry.

The contract was signed in February 2010 for the purchase of 12 helicopters for top Indian dignitaries, including the prime minister. The AW-101 helicopter, which was eventually purchased after an almost decade-long process, is also used by the President of the US. Besides enhanced reliability that is provided by its three engines, the helicopter is fitted with advanced electronic equipment that can detect and neutralise threats.

India’s foreign ministry today revealed Italy had not shared details of the probe into the sale of helicopters to India. The foreign ministry spokesperson, Syed Akbaruddin, said today: “We had asked the Government of Italy through our mission in Rome for details of the investigation but were told it is a judicial process and the Government of Italy is unable to share any information. That remains the position even today.”

The first three AgustaWestland AW-101s have already been delivered to the Indian Air Force, which will operate the AW-101 fleet. The payment for the helicopters will be staggered over the coming year, and New Delhi remains in a position to penalise the vendors in case evidence surfaces of bribery or the use of middlemen, both of which are banned through an “integrity clause” that is a part of the contract.

MoD today said: “The contract signed with M/s AgustaWestland includes specific contractual provisions against bribery and the use of undue influence as well as an integrity pact.”

The requirement for VVIP helicopters was raised by IAF in the early 2000s, and its requirements were framed by Air headquarters. At that time, George Fernandes, who was defence minister, often went to Siachen and, therefore, IAF mandated a service ceiling of 18,000 feet for the helicopter. The weight that the helicopter must carry was also worked out keeping in mind the PM’s security detail.

When tenders were called for, the NDA government discovered that only one helicopter, built by European company, Eurocopter, met the altitude conditions. According to a top IAF officer, prime minister Atal Bihari Vajpayee’s principal secretary, Brajesh Mishra, wrote to IAF, suggesting the service ceiling be reduced to 15,000 feet so that more competitors could bid for the contract.

Mishra also gave the Special Protection Group, which handles the PM’s security a say in framing the specifications. Based on these new requirements, a request for proposals was issued by the UPA government, which had come to power by then.

Top IAF sources say among the helicopters offered for the new tender, only Sikorsky of the US and AgustaWestland offered products that met the requirements. Subsequently, during technical evaluation, Sikorsky’s helicopter was rejected by IAF.
Posted by Broadsword at 08:18

While the Merlin's a very capable new-generation chopper that is earning its spurs on Afghanistan on deployment with the British troops, the MI-17 was equally up to the task for VIP transport in India. In fact the MI-17 was a VIP transport version of the MI-8 developed on orders of the Kremlin. I have no doubt that the former Air Chief tweaked the QR for pecuniary benefit. Its sad, I'd hate to see a Service Chief being arrested / cuffed. What is worse is that almost all senior Service officers who sell their souls for a financial consideration, do so with tacit connivance of the political masters who pocket a major share of the spoils for party coffers in return for assuring the pliant officers immunity from investigation. In return they get plum Govt appointments. Look around ... truth shall dawn when you see some recently retired Service Chiefs and their PSOs.