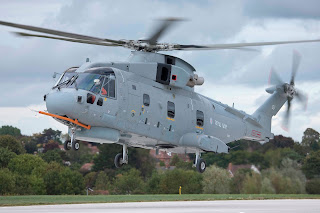 On November 4, 1977, Prime Minister Morarji Desai was flying from Delhi to Jorhat in an Indian Air Force (IAF) Russian-built Tupolev-124 jet, when the ultimate emergency happened: an aircraft with the PM on board lost power, descending dangerously close to the ground and threatening to plough into the Brahmaputra plain. The pilot, Wing Commander Clarence D’Lima, and four other crewmembers nursed the aircraft along, struggling to keep it airborne as they lined up for the approach to Jorhat airfield. They almost made it; just short of the airfield, the aircraft hit some trees and smacked onto the ground heavily. Tragically, all five crewmembers died while making that landing but, thanks to their skill, Morarji Desai walked out of the aircraft unhurt.

That is the world of the IAF Headquarters Communication Squadron, which operates from an innocuous corner of Palam Airport in New Delhi. Formed in January 1947, the Comn Squadron, as it is referred to, has flown not just Indian prime ministers, presidents and top cabinet ministers, but also dignitaries like Nikita Kruschev, Boris Yelstin, Chou En-Lai, Nelson Mandela, Mother Teresa, Jaqueline Kennedy, the Shah of Iran, Ho Chi Minh, the Dalai Lama, Marshal Josip Tito, Kofi Annan, John Major, Princess Anne and Ranasinghe Premadasa. Starting with the venerable Dakota, the Comn Squadron --- whose Pegasus crest bears the motto “Seva aur Suraksha” --- has flown twelve different types of aircraft. After a decision in the late 1990s that the old aircraft in its fleet were unsafe, it now flies a world-class fleet that includes five Embraer-135 BJ Legacy business jets, bought for Rs 750 crore, which entered service in 2005-06 (12 passengers, 5700 kilometers range); and three Boeing Business Jets, bought for some Rs 1,000 crore, which entered service in 2008-09. These aircraft include the latest electronic protective equipment and anti-missile counter-measures, of the kind that protect the US president when he is aboard Air Force One.

While the business jet purchases gave rise to bitter complaints about “pampering VIPs”, it is the Comn Squadron’s third aircraft that has created the greatest storm --- the purchase of 12 AW-101 helicopters from Anglo-Italian company, AgustaWestland. The Euro 556 million (Rs 4,000 crore rupees at current exchange rates) contract, signed in 2010, is for eight helicopters in the VIP configuration and four “non-VIP” helicopters of the same make for carrying security personnel and equipment.

With just three of these helicopters having been delivered so far, the contract has juddered to a halt. On Tuesday, Feb 12, Italian prosecutors in Milan arrested Giuseppe Orsi, the chairman and chief executive of Finmeccanica, that country’s second-biggest corporate entity, which reported first half revenue in 2012 of Euro 8 billion, and which employs 70,000 workers worldwide. That day Italian investigators also raided the Milan offices of AgustaWestland, a subsidiary of Finmeccanica. At the heart of the investigation was the question: did senior executives violate bribery and corruption laws in pushing the sale of helicopters to India? The allegations relate to the period from 2010, when the contract was awarded --- and when Orsi was the CEO of AgustaWestland, --- until December 2012.

Why was the Italian law enforcement machinery bothered about whether bribes were paid in India, where corruption is well known to be endemic in defence deals? Former Italian prime minister Silvio Berlusconi, reputedly a path-breaking pioneer in the realms of political corruption and personal lasciviousness, declared: “Bribes… are not crimes. We’re talking about paying a commission to someone in that country… Why, because those are the rules in that country. The fact that there is risk of (Italian) magistrates intervening I consider to be economic suicide.”

Berlusconi’s intervention on behalf of Orsi illustrates the real nature of the ongoing Italian investigation, which is actually about politics rather than business ethics. With Italian elections due next fortnight, Berlusconi --- heading the People of Freedom (PDL) party --- hopes to become kingmaker at the head of a right-of-centre coalition. For that, he has re-established an old alliance with the right-wing party, Lega Nord (Northern League), which hates immigrants to Italy as much as it hates the country’s “corrupt and lazy south”, which supposedly feeds off the hardworking north. Giuseppe Orsi, the arrested Finmeccanica chief, is known to be close to the Northern League. For the Italian government, therefore, the central problem with the payments allegedly made to middlemen in India is not that there was bribery involved. Rather, it is the belief that Euro 10 million from the money earmarked for corrupt Indians was funneled back to the Northern League. In other words, the Italian government is incensed that Finmeccanica used some of the money (legitimately) charged off for bribing Indian officials in the AgustaWestland contract, for (illegitimately) funding a domestic political party, the Northern League.

On Tuesday, the backwash from this Italian political drama flooded Indian television screens when the news broke of Orsi’s arrest. Since last year, sporadic newspaper reports, notably in The Indian Express, have highlighted the ongoing Italian investigation, causing the defence ministry (MoD) to periodically ask the foreign ministry (MEA) and the Indian Embassy in Rome for information. But there was little real follow-up from the MEA; and the MoD itself seems to have been taken by surprise at the ferocity of the Indian media’s coverage of this apparent scandal.

Providing a focus to the media’s fury were Italian investigators’ allegations that a former IAF chief, Air Chief Marshal Shashindra Pal Tyagi, had been named in the Italian investigation report as one of the alleged beneficiaries of Italian largesse. Tyagi, it was alleged, received money through three improbably named male cousins: Julie Tyagi, Docsa Tyagi and Sandeep Tyagi.

Jumping feet-first into the blame-game was the political opposition, particularly the BJP, which wasted little time in pointing to “the Italian connection”, a thinly disguised swipe at Congress President Sonia Gandhi.

It may be a leap of logic to compare Finmeccanica’s alleged payoffs to the 1980s Bofors scandal as the BJP has inevitably done, but there are similarities in how both cases draw attention to the arms dealer networks that flourish in New Delhi, in flagrant violation of the government ban on arms middlemen. In addition to long-existing networks with names like Khanna, Nanda and Choudhrie, foreign agents have flourished for decades, fatting on the capital city’s cocktail circuit in apparent disregard of visa regulations or immigration controls. If Ottavio Quattrochi attained eternal infamy during the Bofors investigations, two expatriates, Swiss-American citizen, Guido Haschke, and British citizen, Christian Michel, have been named by Italian prosecutors as key players in bribing Indian officials.

Christian Michel, who runs Panama-registered Keyser Incorporated, has never bothered to hide his profession. In 2004, he actually sued French aviation company, Dassault, for failing to pay him commission in New Delhi’s Euro 350 million purchase of ten Mirage-2000 fighters in the year 2000. The French court threw out his lawsuit, ruling that his agreement with Dassault had expired two years before the deal was concluded.

Also in the spotlight is Carlo Gerosa, an Italian who runs a company based in Tunisia. According to the Italian investigation, a sum of Euro 41 million was to be paid to these three agents, funneled in from Tunisia against Indian invoices for software services by Chandigarh-based firm, Aeromatrix. That amount was later raised by Euro 10 million, with this additional amount diverted to the Northern League in Italy.

Although these agents (and others too numerous to be named) operate quite openly in India, it could legitimately be asked why the government has never taken action against them. The answer, according to a top government official, is that “MoD officials, and even political parties, do not want to stop the flow of funds that comes from these people. This is a gravy train and the money is distributed widely… to individuals as well as to political parties across the spectrum.”

For Defence Minister AK Antony, whose political career rests on a foundation of probity, the AgustaWestland allegations are a serious challenge. On Friday the MoD issued an unprecedented 2,100-word “factsheet”, conveying the message that the key decisions that led to AgustaWestland winning the contract were taken by the NDA government in 2003, and by his predecessor as defence minister, Pranab Mukherjee, in 2004-05.

One of the key decisions that brought the AW-101 into reckoning was: lowering the requirement of operational ceiling from 6,000 metres (19,685 feet) to 4,500 metres (14,750 feet). The factsheet explains in chronological detail that the decision was taken in 2003 by the Principal Secretary to the NDA prime minister, who happened to be the all-powerful Brajesh Mishra. It was Pranab Mukherjee, who was defence minister from 2004 till October 2006, who increased the numbers from eight helicopters to twelve.

Interestingly, the MoD factsheet conveys the undisguised impression that the foreign ministry (MEA) dragged its feet in pursuing the case with the Italian authorities. In February 2012, “MoD sought a factual report in the matter from our Embassy in Rome.” It wrote again to the embassy in Rome in April 2012, following which the embassy made a formal request to the prosecutor’s office in Naples. Again in October, the MoD took up the matter with the MEA, noting in the factsheet that it was willing to take action even on the basis of press reports. However, clearly, the Italian authorities were blocking Indian requests and the MEA was unable, or unwilling, to press them harder. Following the arrest of Giuseppe Orsi on Tuesday, the MoD referred the case to the Central Bureau of Investigation (CBI) for action.

For now, according to the factsheet, the MoD has decided to issue a show cause notice to AgustaWestland. It has also “put on hold all further payments to AgustaWestland. Besides this, the Indian Embassy has been requested to provide the factual position and any other relevant information. The CEO of M/s AgustaWestland has also been asked to categorically state the clear position in view of the current developments indicating specifically if any financial transaction has taken place with any Indian individual/entity which would be violative of the Integrity Pact or any other terms and conditions of the contract.”

The “Integrity Pact”, which is mandated in the Defence Procurement Procedure (DPP) in overseas defence contracts, permits the MoD to cancel a contract, recover payment, blacklist a company and take penal action against a vendor. The MoD says, “Government is determined to take all possible legal and administrative action against the guilty parties.” For now, Finmeccanica and AgustaWestland maintain their innocence. After Orsi’s arrest on Tuesday, a statement said, “Finmeccanica confirms that the operating activities and ongoing projects of the Company will continue as usual.” But with the CBI now on the case, the company is under a dark cloud in India, as in Italy.
Posted by Broadsword at 09:34

So from a Defence Corrospondent you have graduated to a political mouthpiece..

It was well expected. You are following the other Shukla..

Does it really matter...man, you really started to stink.

This sir, is the most comprehensive account. Keep up the good work. I sometimes believe bribes should be made legal in india, the phenomenon is not going to go away.

Good reporting! Unlike most lazy Indian journalists you have clearly spoken to sources in Italy.